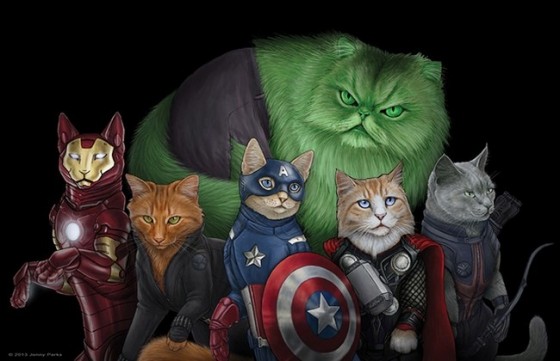 There are few things that users of the Internet love more than Cats, but we think we’ve found one; illustrations of your favorite characters, depicted as cats. These somewhat creepy, but still damn cool images are the creation of Jenny Parks, who has apparently combined he love of cats with her love of entertainment. While the Catvengers dominate this collection, there are several other iconic figures that appear in the gallery below. See if you can identify them all, and of course visit Jenny’s website if you’d like to reward her creativity with page views and money :