Pop Culture Lunch Atop a Skyscraper 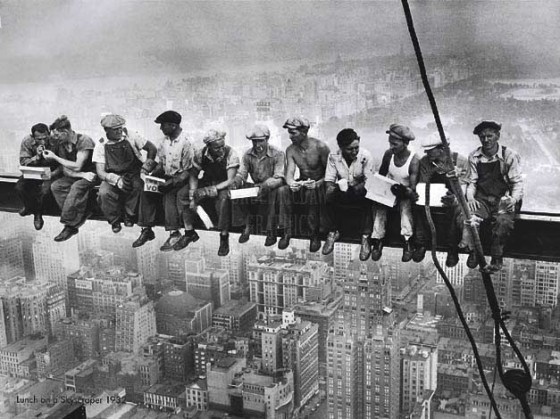 Today is National Skyscraper Day, which reminds us of one of our favorite photographs, dealing with the construction of these massive buildings. We’ll let Wikipedia give you the background on Lunch Atop a Skyscraper :

Lunch Atop a Skyscraper (New York Construction Workers Lunching on a Crossbeam) is a famous photograph taken in 1932 by Charles C. Ebbets during construction of the RCA Building (renamed as the GE Building in 1986) at Rockefeller Center. The photograph depicts 11 men eating lunch, seated on a girder with their feet dangling hundreds of feet above the New York City streets. Ebbets took the photo on September 29, 1932, and it appeared in the New York Herald Tribune in its Sunday photo supplement on October 2.

Surely we’ve all seen this print. However today we’re going to explore something a bit different; what happens when a famous piece of art is adopted by pop-culture. Much like Pop Culture Last Supper, we present to you, the Pop Culture Lunch atop a Skyscraper. See if you can figure out what each of these versions depicts. 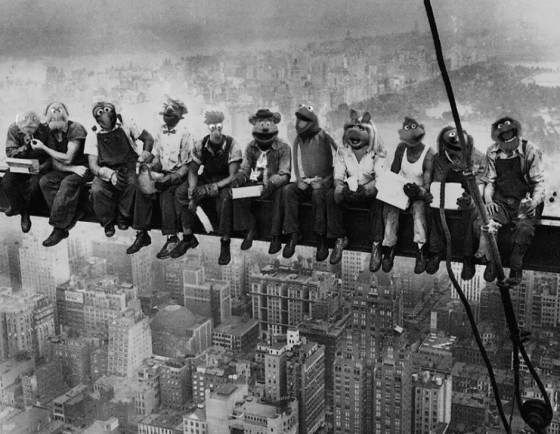