Grub > Food > Popeyes Runs Out of Chicken, People are Pissed!

Popeyes Runs Out of Chicken, People are Pissed! 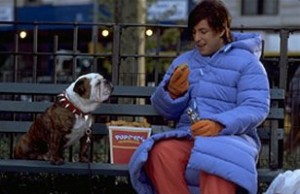 Popeyes is the shit!

Popeyes ran an 8 piece special for $4.99 about a week ago and it was pretty popular. So popular that stores began to run out of chicken. And let’s just say people were not happy by this development. Even though I do like Popeyes, it’s unreal what people will do to save a couple of bucks. I will say someone should explain to me: (1) why they would drive from other cities (cost of gas, and all that time) just for chicken; and (2) how some people in really nice cars can’t afford to feed their families because they aren’t selling 8 pieces of chicken.

So many tasteless (and possibly racist) jokes are possible…must…resist…

Here are some news reports on the lack of chicken:

But if not having chicken isn’t bad enough, these people got jacked for their Popeyes:

At least this guy is honest about the situation:

And of course it leads to satire of the situation (NSFW):