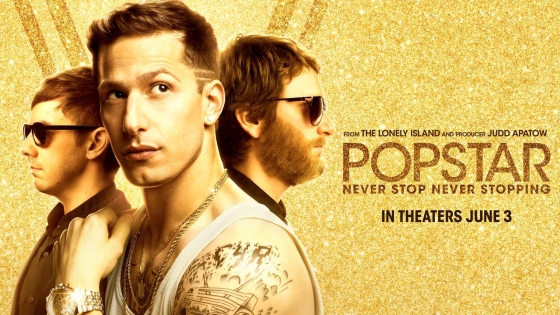 Anyone who’s watched NBC’s “Saturday Night Live” since 2005 knows the excitement and anticipation they start feeling when they see a black screen with white lettering heralding “An SNL Digital Short.” These Digital Shorts became the reason to watch the late-night sketch comedy show again, drawing in new viewers and revitalizing the show from stagnancy. Going viral with a mock-rap video called “Lazy Sunday” which extolled the virtues of going to see The Chronic(WHAT?!)les of Narnia with his friend Chris Parnell, The Lonely Island co-founder Andy Samberg rapped not about drugs or street crime, but about actions like going to a bakery and sneaking cupcakes into a movie theater. 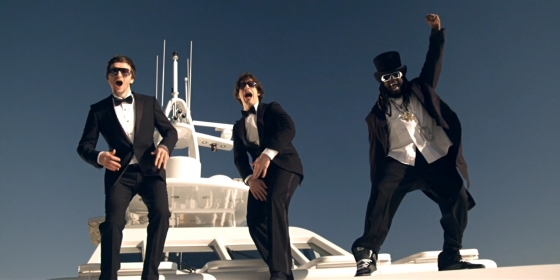 Along with Samberg, fellow Lonely Island founders Jorma Taccone and Akiva Schaffer would go on to dominate the comedy scene with music videos to songs like “Dick in a Box,” “I’m On A Boat,” and “YOLO.” Sporting the talent to showcase their own particular brand of humor (read: rapping and singing about bland suburban life and first world problems the way gangsta rappers talk about street life), The Lonely Island have released three albums of parody rap; now, they’re bringing it to the big screen in Popstar: Never Stop Never Stopping, the funniest movie of the year so far. The laughs simply do not stop as gag after gag is given to the audience; those with performing experience will definitely get a kick out of the antics both on and off stage. 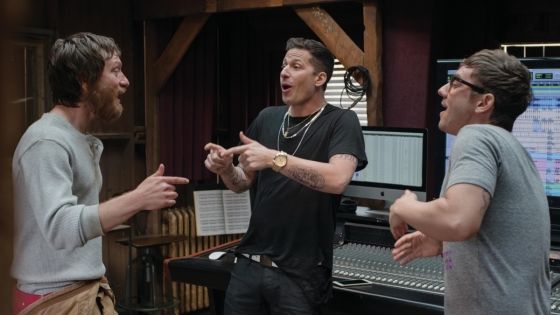 Popstar: Never Stop Never Stopping has a lot of hats to wear. At first glance, it’s a cross between two great musical mockumentaries: This Is Spinal Tap and CB4, the first being about an aging heavy metal/blues rock band dealing with success (or lack of it), the second looking into the lives of a hardcore rap crew losing touch with their roots and getting back to fundamentals. While CB4 involved the “filmmakers” in the proceedings, This Is Spinal Tap tended to be more of a fly-on-the-wall picture, content to step back and let the shenanigans develop, which is where we find ourselves with Popstar: Never Stop Never Stopping. (It’s also been said this is a direct parody of Justin Bieber’s Never Say Never and Believe films, neither of which were seen prior to this review, but there’s no arguing their influence.) 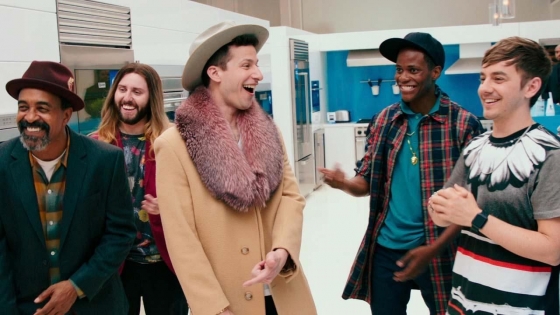 Co-directed by Schaffer and Taccone, the film satirizes the current state of pop music through the eyes of Conner Friel (Samberg) on the eve of the release of his highly-anticipated sophomore solo effort, “Connquest.” Formerly a member of The Style Boyz, a boy band also featuring childhood friends Owen (Taccone), and Lawrence (Schaffer), Conner allowed the media to effectively separate him (to the point where Owen and Lawrence’s faces were obscured by the Rolling Stone logo while keeping Conner’s face intact) and inflate his ego, resulting in an embarrassing on-stage brawl. This was the end of The Style Boyz’s high ride on the charts after appearing out of nowhere; currently, Lawrence is a farmer in Colorado while Conner – who has renamed himself to Conner4Real – has come back to the public limelight with his first record, “Thriller, Also.” Owen is mostly enjoying playing second fiddle as Conner4Real’s DJ. 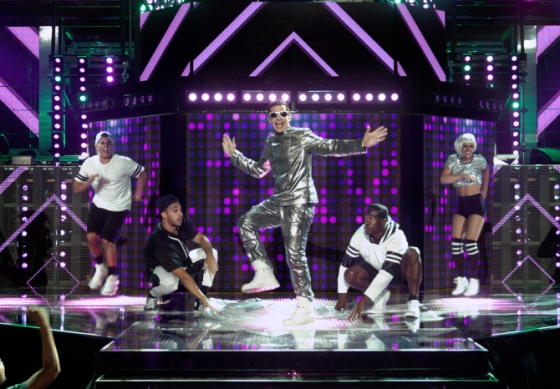 When “Connquest” doesn’t do as well as “Thriller, Also” both critically and financially, life around Conner4Real starts to fall apart, as it must in films of this ilk. Of course, the American obsession with celebrity and tabloid journalism get raked over the coals here. Painted as a bunch of bitter also-rans, pop culture website and newsmagazine CMZ (parodizing TMZ) is there for all the worst parts of Conner4Real’s downfall, sensationalizing every last bit of his bad luck. However, who can say Conner4Real didn’t bring this all on himself? You know how the saying goes: “Pride goeth before a fall,” and even though we find ourselves feeling sorry for some of what happens, you can’t help but laugh at all of it. 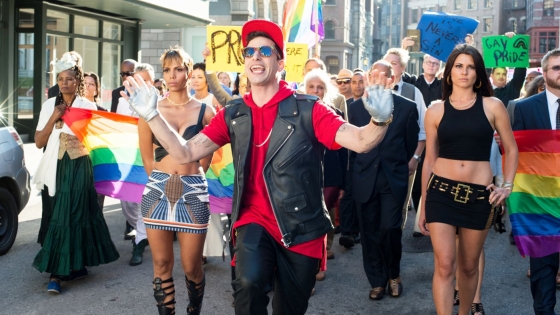 And that’s what Popstar: Never Stop Never Stopping is – from opening logos to the mid-credit scene, you’re laughing the whole way through. The cameos (and more to the point, what the script asks of said cameo performers) and interview snippets are a scream, as you see everyone from Questlove to Carrie Underwood offering their opinions of The Style Boyz and Conner4Real. But the real meat and potatoes lies in the obvious fun Samberg, Schaffer, and Taccone look like they’re having making this movie, as if they already know the fun you’re going to have watching it. From Schaffer’s deadpan portrayal of Lawrence’s going-nowhere farm life to Chris Redd as wild-eyed, psycho rapper Hunter the Hungry, the zaniness bounces everywhere without end. 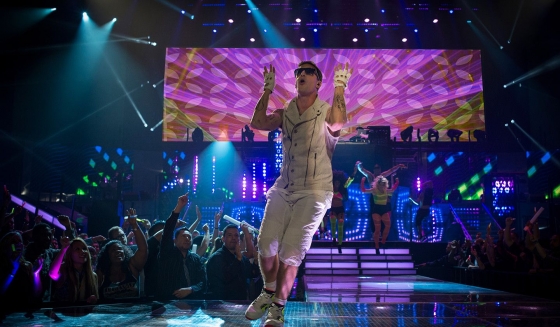 This is one of those gems which lets you know if you’re not laughing almost every five minutes until the credits roll, you have zero sense of humor and probably need to get that checked. Samberg, Schaffer, and Taccone were given $21 million to run with, and they turned every last cent of it into a stellar mocking of everything we hold dear: former boy-band hunks and their fall from grace, with the media letting us lap up every last drop like the starving mongrels we can be when it comes to things like this. It’s not just a parody about music life; it’s also a parody about us. And when The Lonely Island pulls out a comedy gun in each hand and lets you have both barrels, that’s when you know it’s for real. Like Conner4Real.

This is one of those gems which lets you know if you’re not laughing almost every five minutes until the credits roll, you have zero sense of humor and probably need to get that checked.