Well, I tried — I watched a woman choke on a big black penis for 7 minutes and 59 seconds; she was horrified, I was pretty scared too. There’s only so much of a good thing, right?

Halfway through the video you’ve lost the sweet, innocent part of the brain that used to play with Lego. Those cherished memories of spending entire days devoted to building a really tall thing are now forever tainted with images of a poorly tattooed Latino woman getting plundered in every hole. That’s a fairly morbid realization to have when your forearm is tensing and your hand is clasped around the oak pipe, as you sit down to read and have a puff.

How good is that?!

Thought process : “It was pretty insane, but I don’t want a trojan prancing around my laptop… If I watch this again, does that mean I’m getting too familiar with the guy? I mean, I’ve spent eight minutes staring at 10% of his junk, then 100%, then 10% again as it destroyed a vagina… Maybe I don’t need this in my life. I’ve just been thinking about dick for a while. I’m so confused, all these feelings swirling around.  Hold my shit, I need to walk around the streets and look angry for a bit.”

That’s the danger right there. 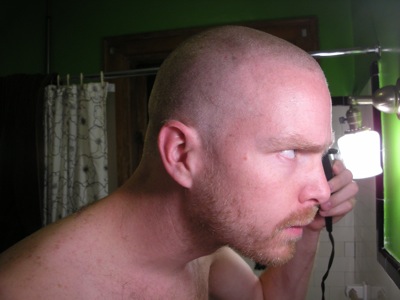 Then again you can click on something which originally looked fine — a woman with balls touching her chin (the norm) but four minutes into whatever you’re watching, it gets a bit extreme, a little uncomfortable (for her as well). While ramming things into every hole, the lady starts getting slapped… that dong is about five inches past the point of no return. She’s either crying, which is a very real possibility, filled with regret about kicking her mother down the stairs while throwing the V to her father as she shouts back, “I’m moving in with Jermaine,” or the brilliant “‘actor” has punctured her throat, scraped the base of her skull into her sinuses so she is now leaking baby gravy from her tear ducts.