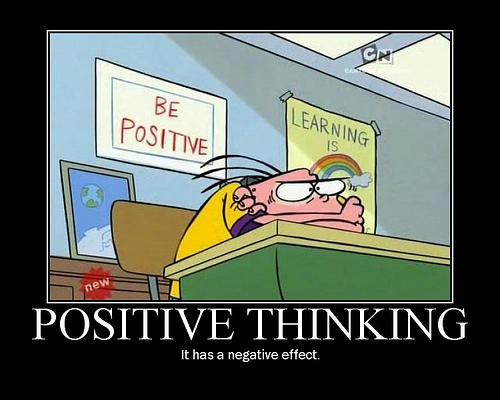 So, yesterday was “Positive Thinking Day.” Well that’s just peachy. I can scarcely think of a more deserving subject than that of Positive Thinking. It seems to be a cure-all these days, doesn’t it? Just ‘Think Positive’ and all your cares will flutter away like a swarm of perspicuous butterflies. Hooray. Also, bullshit.

Sit and think for a moment. Who, in literature, is the most melancholic and lowly individual you’ve ever seen? That’s right, kids — Eeyore! Never before or since has there been a more perfect example of the polar opposite of Positive Thinking than that gormless, anhedonic blue-gray donkey. Shit, even his coloring gives off that feeling of pessimism and depression. And nothing squashes the idea of Positive Thinking more than blueish gray and dull. And a donkey, for that matter. Let’s just see how captivating and optimistic this dude really is: 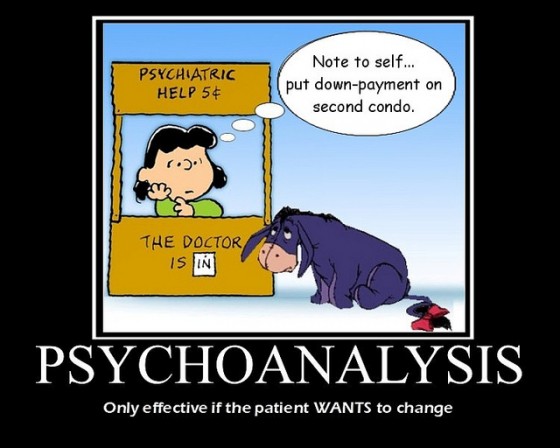 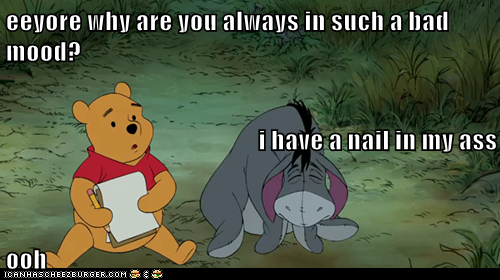 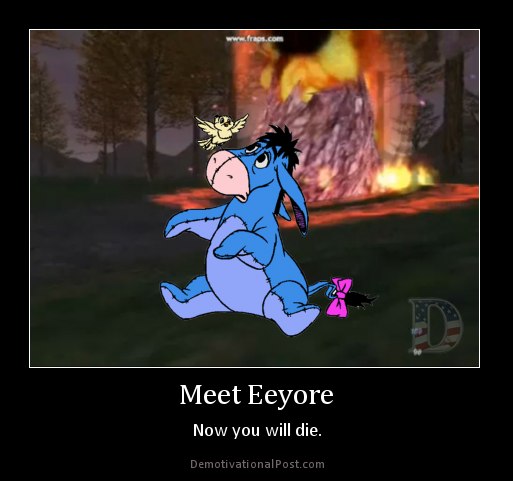 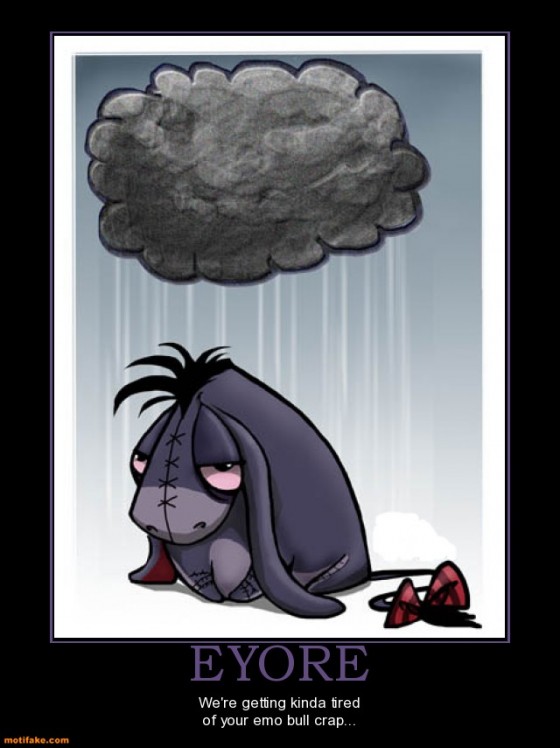 See what I mean? This schlub can’t win! And it’s all due to the complete lack of Positive Thinking! Yet (and this is the important part) he still manages to have things work out for him. Why? Because he’s surrounded by a bunch of do-gooders who literally eat up positivity. He just wins by proxy! What I’m saying here is it doesn’t mean you have to go around grinnin’ up the joint doing your best to extrude positivity and optimism when there are any number of dopey jerks in your general vicinity who are made for that kind of nonsense and you’ll do just fine leaching off of them. Being positive all the time takes way too much effort anyway. And besides, who has that kind of time to waste when being morose and downtrodden comes so naturally in this day and age. We could all use a hero like Eeyore.

I’m not really helping, am I? Kinda missing the point? Yeah, I guess so…

How about this then. Some lyrics from those jovial cats at Ben Folds Five from the song “Don’t Change Your Plans For Me.”

All I know is I’ve gotta be
Where my heart says I oughta be
It often makes no sense In fact,
I never understand these things I feel

You have made me smile again
In fact, I might be sore from it
It’s been a while
I know we’ve been together many times before
I’ll see you on the other side

Now there’s some good old-fashioned Positivity right there, friends! Those lyrics are just rife with the feelings of happiness and joyousness one acquires after the permeating nausea of negativity lies on you for so long. 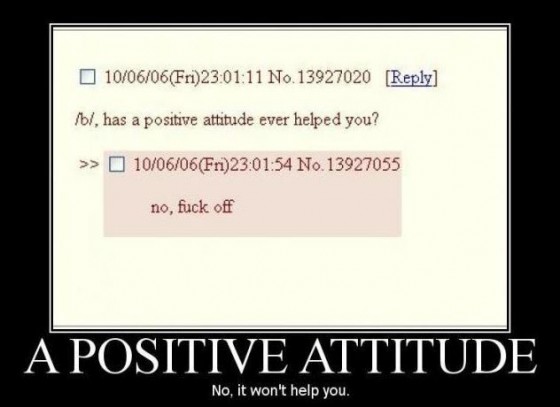 So what can being sickeningly positive do for you in your every day life? Well, according to some scientific research by people in white lab coats who have already apparently cured cancer, AIDS and Alzheimer’s, and have nothing better to do, living a positive lifestyle can greatly reduce stress and quell the deeply ingrained human desire to murder everyone who looks at you. I guess that’s something. In fact, if you want to supply your day with numerous quotes and up-beat mantras that are sure to make you wonder your hours with a sadistic smile and warmth in your heart, you can always go HERE and be positive to your heart’s content. Ya sicko. 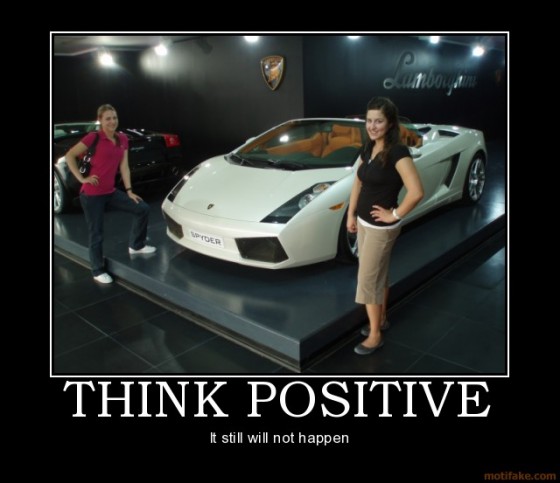 But hey, it is Friday and people always think positively on Fridays because the weekend is just a scant few hours away. But do you know why people are so positive on Fridays? It’s because they know they are but half a day away from sloughing off the detritus they’re forced to work with all fucking day! No one ever says, “Hey! I sure hope we’re forced to trudge in here on Saturday so I can sit here and stare at you soul-sucking bastards for another eight hours! The razor is only perilously close to the vein just now and I’d like to be kicked past the point of no return! I love you cock-suckers! Yay!” No one ever says that. So of course Friday is a day of positivity! People know that they can soon spend the next two days in a drunken haze watching sports and wiping nacho cheese off their sweat pants.