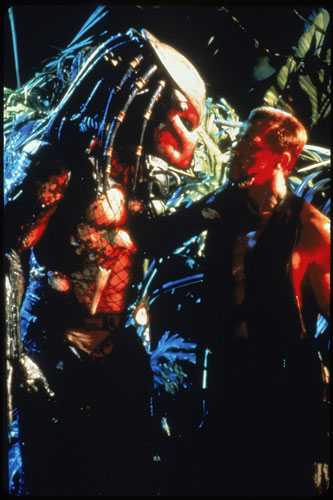 Robert Rodriguez held a press conference a few days ago and confirmed that a reboot of the The Predator will be made.

“What I’d like to do with it is expand on ideas I dreamt up back in the original treatment, that had really expanded on the universe both the Predators and other species live in. We’d create new otherworldly characters while not taking away from the draw our main Predator has.”

Rodriguez won’t direct or write the remake but the production of the film will take place in Rodriguez’s facility in Austin, TX and he’ll oversee the production. The new Predator film will be out on July 7, 2010.