PREDATORS on DVD and Blu-ray 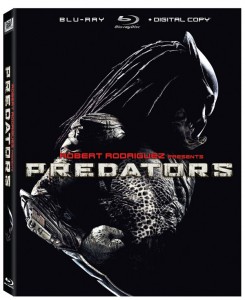 On October 19th, you will be able to pick up Predators on DVD and Blu-ray. The movie has an all-star cast that includes Adrien Brody, Laurence Fishburne, Walton Goggins, and Topher Grace. The film was directed by Nimrod Antal and produced by Robert Rodriguez. The story takes place after the first Predator movie that starred Schwarzenegger and even pays homage to it with some dialogue in an early scene. It starts with a bang with people literally dropping from the sky and the action keeps going throughout the entire film.

The plot involves a group of human “predators” who are kidnapped and taken to a jungle planet where the roles are reversed and they become the hunted. These misfits soon realize they need to work together to make it out alive. If you’re fan of the Predator films or just a fan of action movies, I recommend you check it out. I loved Walton Goggins and Laurence Fishburne’s performances; both actors embrace their characters and are fun to watch in every scene they appear. Be sure to listen to the interview Mike and I conducted with Walton Goggins when Predators was released to theaters back in July. 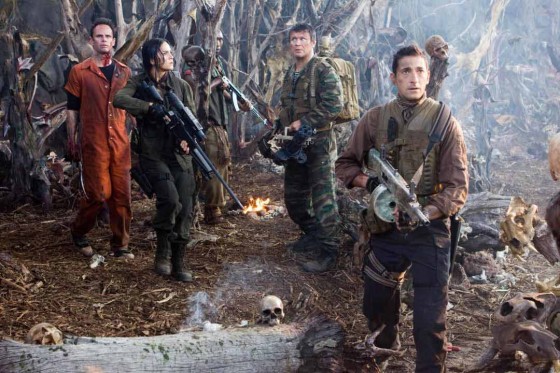 The Blu-ray edition comes with two discs. Disc one contains commentary by Robert Rodriguez and Nimrod Antal. There are some motion comics that set up some of the characters roles and even the war between the two races of Predators that help set up the film. There is also a documentary called Evolution of the Species: Predators Reborn, and always a favorite for me, deleted and extended scenes. Disc two has a digital copy to download on your computer. You can purchase the DVD or Blu-ray at the Fox’s website or at Amazon.com.