Media > Movies > The Predictions of Back to the Future

The Predictions of Back to the Future 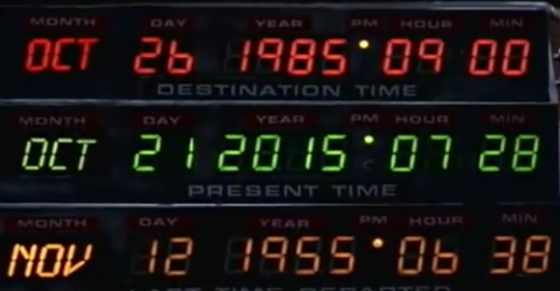 October 21, 2015 is the day in Back to the Future Part II that Marty McFly (Michael J. Fox) travels to the future in order to save his family but mostly to help save his son, Marty Jr., from heading to jail after a stunt goes completely wrong.

In other words, go watch the movie. It is about as confusingly amazing as anything you will ever enjoy. The movie jumps between the future, past, and present so much, you think you know what is going on but you really have no clue. The alternating timelines caused this movie to become one of the most debated, discussed, and scientifically broken down of all time.

Most people remember watching the movie back in 1989 and being amazed with all the futuristic inventions and predictions of a World that was real yet fictional. If you don’t believe us, you might want to Google the following words, “Back to the Future Day 2015.” When you are done, come on back and enjoy the following guide to the future, err…we mean, the present day future from a movie shot 26 years ago.

This is a list of all the futuristic predictions, inventions, and anything else we could find for your enjoyment.

Predictions That are Right (Mostly)… 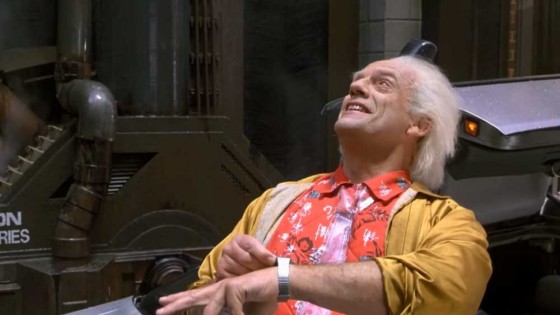 “Too bad the post office isn’t as efficient as the weather service.” – Doc

With the rise in technology and automation services, the United States Postal Service has had to deal with losing nearly $47 billion dollars over the past ten years. (Source)

The mention of the USPS was nothing more than a quick joke meant to be funny, not true. However, it seems that the idea that the USPS would end up suffering great amounts of losses since 1989 was one of the scariest of all the future predictions. 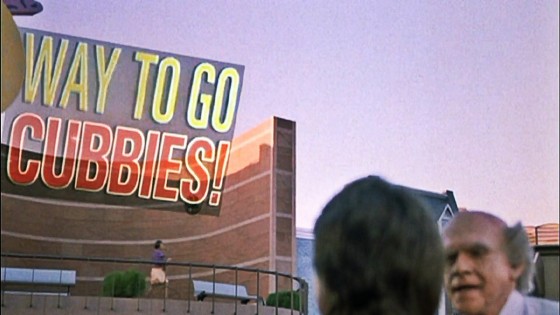 “I wish I could go back to the beginning of the season and put some money on the Cubs.” – Old Terry

Following the movies release in November of 1989, the Chicago Cubs have only made the playoffs four times. Three of those appearances were as fast as they were celebratory. They were swept in the first round by the Braves in 1998, Diamondbacks in 2007, and Dodgers in 2008.

Then Steve Bartman made the biggest play in Florida Marlins history when the Cubs fan leaned over the wall to catch a fly ball, robbing the Cubs of an out and continuing their bad luck in the postseason.

Long story short, the Cubs started the 2015 MLB season with a lot of young talent but no one expected much from them this season. The consensus was that the Cubs were going to be good one day, just not yet and no one expected them to make the playoffs let alone win 97 games. They finished in 3rd place but finished with the 3rd best record in baseball.

The odds that the movie would predict a team like the Cubs to win the World Series in 2015 makes us all wonder what made them think that could happen. They’re currently on an 0-2 hole to the Mets, so maybe even BTTF magic isn’t enough to get the Cubs over the hump. 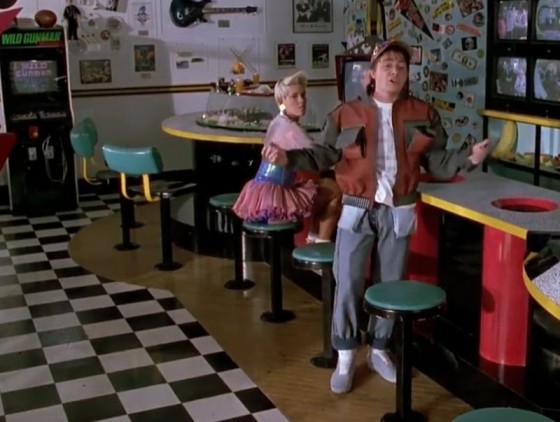 No one likes a hipster. They are as much a sheep as anyone else yet they pretend they are cool because they do things differently. The 50’s diner in the movie was revamped with a futuristic feel but the idea that it was cool to go to one is right along the lines of what hipsters love to do today. That idea in itself was that vintage will one day be cool again. 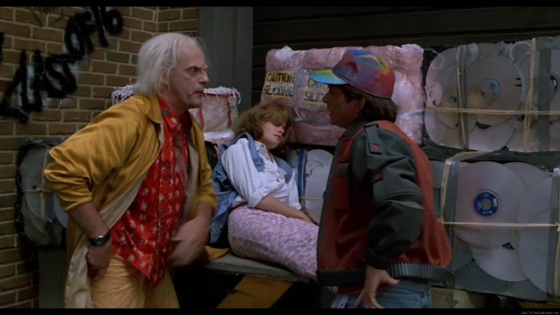 Marty and Doc have to hide Jennifer behind a building while she is sleeping. As they move things to make room for her to lay down, you notice it is bundled up crates of vinyl records, cds, and laserdiscs. The assumption is that we no longer will have the use of any of these devices since everything will be automated in the future. This is one of the most forgotten predictions from the movie that deserves it’s fair mention. 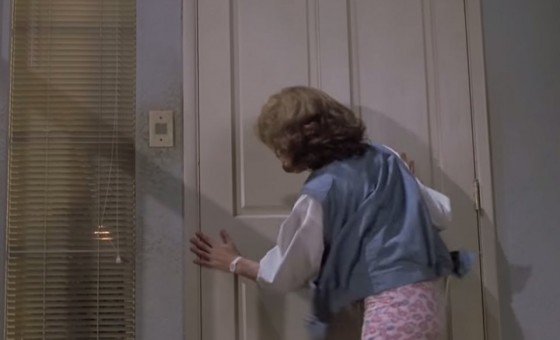 In 1989, having anything like this would mean you are either the President or the richest man in the World. Nowadays, anyone can install eye scanners or fingerprint readers into their home security system. The cost is still relatively high but the fact that they have them regularly these days shows us another example of how life imitates art.

Almost everyone in the family is wearing some kind of electronic eyewear device that resembles a lot of the devices we use today. Devices like Google Glass, Oculus, and Gear VR are things we all use today. 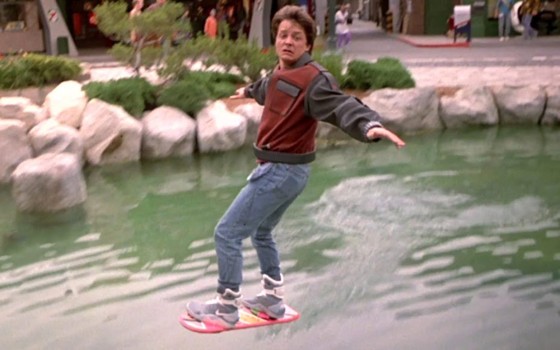 Although they are not being used as regularly as in the movie, the idea of a hoverboard was born from Back to the Future Part II. It has been designed and it is being used but not to the same extent, not yet. But it is getting closer and closer to being mass produced and sold in stores. 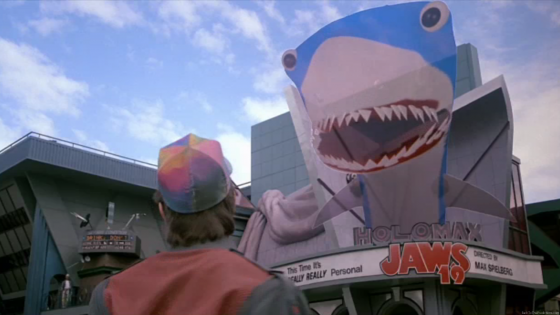 The Jaws 19 idea is perfectly suited for 2015. It gives us a taste of how Hollywood was changing and that by 2015, movie sequels would be made over and over again as long as there was money to be made. The Jaws movie franchise was one of the first movie franchises in history to promote sequels based on its’ box office numbers. 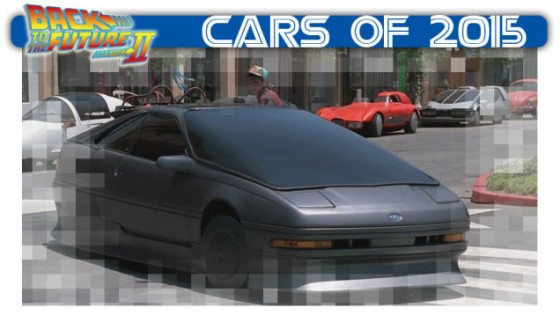 In the movie there is a scene where we see Marty watching a commercial for a car dealership that is selling a vehicle for $39,000. Most people missed this detail but we found it to be as amazing then as it is today for one reason, it was right. It was for a flying car but the idea that car pricing would be in the $40,000 range is still real. A new car in the late 80’s, for example, was between $10,000 and $15,000. 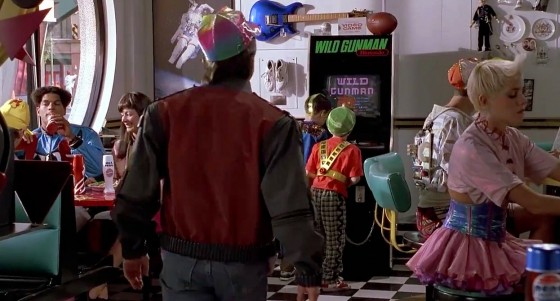 In the diner scene, a couple of kids complain about having to use their hands to play the arcade game. Although we do not see a console similar to an Xbox One or PS4, we do hear about the future devices being hands-free. (Xbox Kinect, Nintendo Wii) 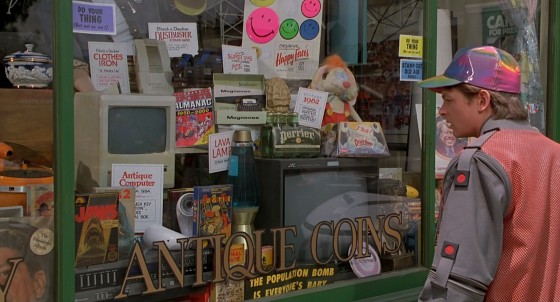 The fall of the VHS started about seven years following the movie yet the Antique store clearly has a VHS player for sale in the window. The same shop also features a JVC Tube TV, which was just beginning to be a huge part of the future of home entertainment in 1989.

Doc’s Camera in the Future 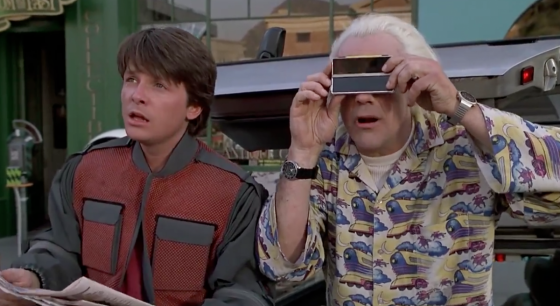 Doc uses a small skinny device to take pictures and zoom in to focus on things in the future. This device resembles a smartphone. Although it does not have the ability to make phone calls, it does remind us of the way people use their camera phones today. 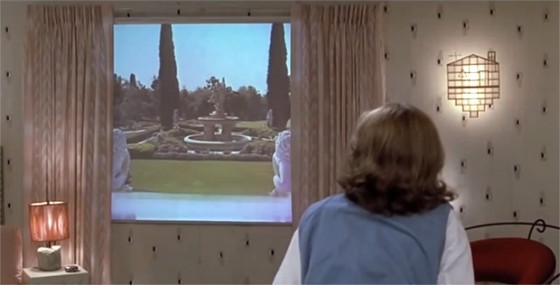 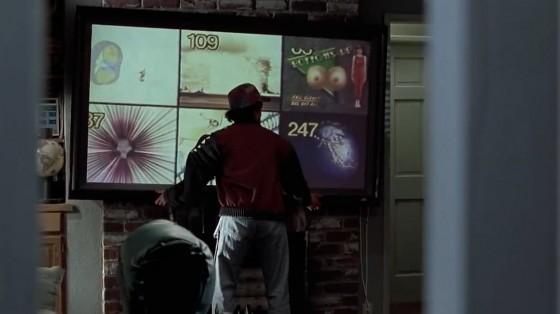 The idea of a TV being slim or flat was not heard of in 1989. People had projectors which showed a picture on a screen hanging on the wall but no one was making flat panel TV’s just yet.

Not only was it a flat panel TV, it was hanging on the wall above the fireplace, an idea that almost any household with a fireplace uses today.

Predictions That Were Mostly Wrong 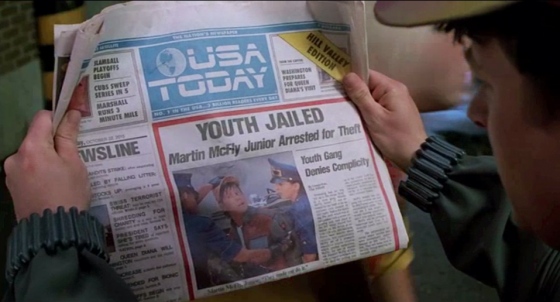 “The justice system works swiftly in the future now that they’ve abolished all lawyers.” – Doc

There are a few things from the movie that we all can equally agree would have been great for 2015. Abolishing lawyers is one of them.

Too bad there are more lawyers today than ever before in the history of the United States. It seems as if the USA has found a way to outlawyer itself and allow just about anyone the chance to hire someone to find loopholes in the legal system. The idea sounds so wonderful, if only it was true. 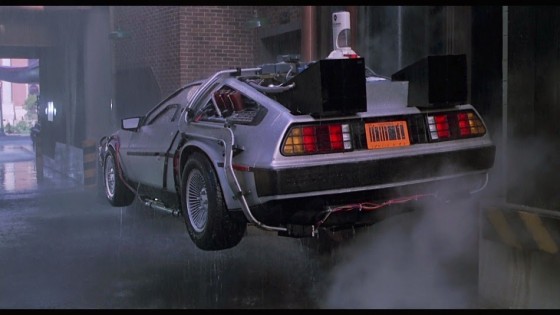 There is no chance we will have flying cars anytime soon. There have been several concept cars that have teased the idea that a flying car is possible but there is simply no way for it to happen just yet.

No one has been able to figure out how to get a vehicle to hover let alone fly from standing still. If they do, can you imagine the cost of fuel to power a flying car? There has to be a way to do it without using gas or it will never work. 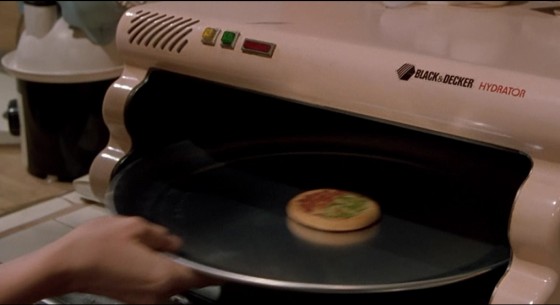 In the movie, Jennifer’s mother opens a tiny plastic package with a small pizza, places it on a plate, and sticks it into a toaster oven that apparently rehydrates it in the matter of seconds.

It is reverse hydration and although it sounds amazing, it is not going to happen anytime soon. Even if they were to come up with a way to hydrate pizza, how could they figure out how to rehydrate it into a full size delicious pizza with toppings? Not only that, the cost of the device to do something like this would be astronomical for anyone to own, especially in the suburbs. 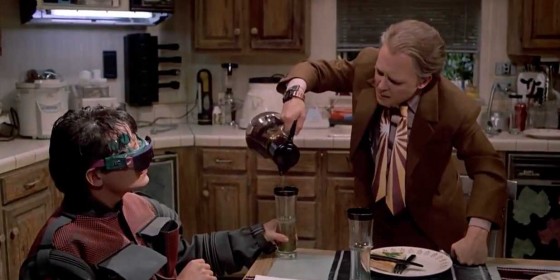 As is the case in most futuristic movie scenes, fashion is always a key component. There are several times in which we notice some insane fashion trends in the movie but the one that sticks out in our mind is the double tie look that Marty rocks in the house.