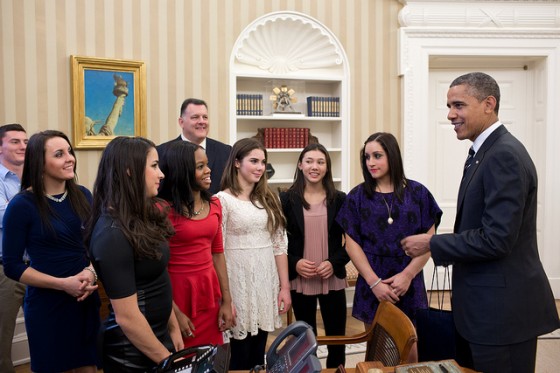 With a hard-fought campaign behind him President Obama got to enjoy one of the perks of his office, being the nation’s Sports Fan in Chief. On Thursday the President hosted the 2012 gold medal winning U.S. Women’s Gymnastics team as they visited the White House. The gymnasts, Gabby Douglas, McKayla Maroney, Kyla Ross, Aly Raisman, and Jordyn Wieber were in Washington as part of their national tour. 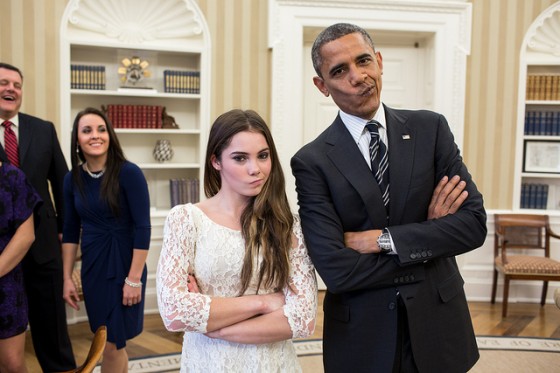 President Obama, who recently made an appearance in a Reddit AMA, proved that he keeps up with internet memes, posing with McKayla in her now famous “not impressed” pose. We imagine that he will get a lot of experience making that face dealing with Congress in the coming years.