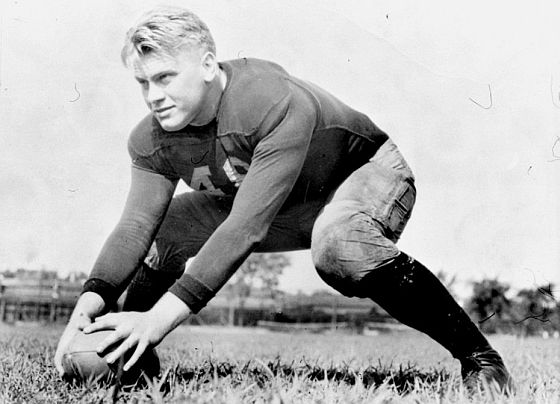 In honor of Election Day we decided to draft our own presidential fantasy football team. The rules were simple, every player had to have served as President (sorry Aaron Burr), and we needed to fill out a full offensive roster, including backups. We aren’t sure if this team could beat an NFL team, but we like our chances against the Jets. In a few decades we can revisit this list and fill out the defense, if we have had enough new commanders in chief by then.

This team needs a leader and field general, and no man fits that bill quite like our first president, George Washington. The man led offensive strikes deep into enemy territory, rallied his undermanned team against a superior enemy, and led the biggest upset in American history outside of Super Bowl III. 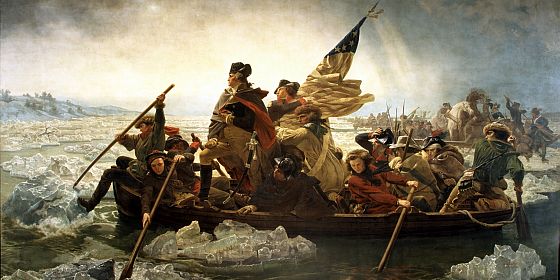 We need America's heftiest president to guard Washington's blind side. Taft, a noted sports fan, was known for his ability to pivot quickly on issues. We will trust the man who guarded the nation's laws on the Supreme Court long after his tenure in office was over.

At left guard we were looking for someone with a powerful build and hard-nosed attitude. Arthur, the only shaved bear to serve as president, fits the bill on both counts. A New York Stalwart, we see Arthur as the reliable run blocker that every team needs.

This was by far the easiest selection on the team, as Ford played center and linebacker for the Michigan Wolverines during their 1932 and 1933 championship seasons. During the 1993 season Ford backed up All American center Chuck Bernard, before going on to be an all-star caliber player himself his senior season.

Grant was a relatively awful president, but we can't think of anyone better to man the right tackle spot than the man who defended Gettysburg. The biggest challenge for a right tackle is to avoid being flanked by opposing ends, a job at which Grant excels. 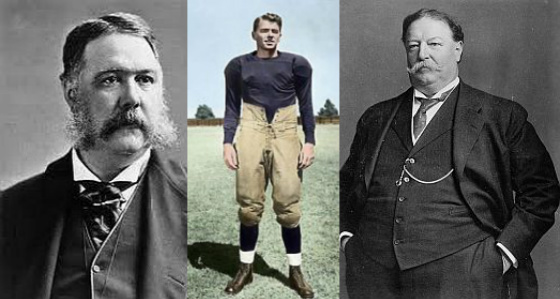 A fullback has to aggressive, fearless, and willing to run towards contact. We can't think of anyone better than the old Rough Rider himself. The well-built Roosevelt is the type of runner who will put his head down and plow through the line. Our only concern is that Roosevelt, a noted self promoter, will beg for carries.

A starting tailback is an aggressive difference maker whose goal is to accumulate yardage. Polk was responsible for the largest military land grab in U.S. history, instigating the successful Mexican-American war that gave the U.S. most of the Southwest. Add in his claim of Oregon from Britain and Polk racked up yards faster than Jim Brown ever did.

If you need that one yard for a first down or score you need a back that never gives up. Cleveland, the only president to serve non-consecutive terms, is just the man for the job. Even when the nation pushed him back at the line in 1888, Cleveland persevered to return to the promised land in 1892.

Change of Pace Back: Andrew Jackson

Jackson was the ultimate change of pace for the presidency, upending the monied aristocracy to become the seventh president. We are hoping he kept his quick feet from his days as a Revolutionary War courier, and the quick wits he demonstrated at the Battle of New Orleans.

When scouting a tight end you look for a guy willing to go across the middle, and able to take the hits for doing so. We need a complementary player who can get things done, and LBJ is the perfect fit. Added to the Kennedy administration to help recruit Texas, Johnson had some major successes in office, but is often overlooked by history. Besides, at 6'4 Johnson will be a matchup problem for opposing defensive backs. 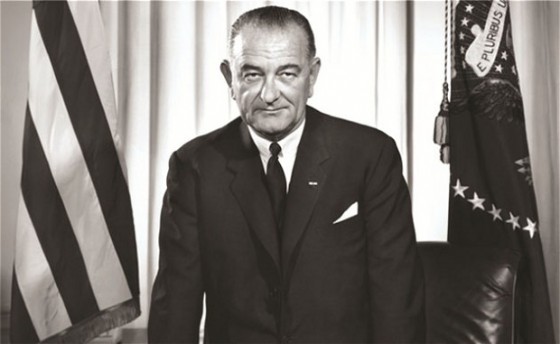 We want height for our top WR, and the 6'4 Lincoln was tied with Johnson as our tallest president. His personal strength and long, lean frame lead us to believe that we can trust him to go up and get balls no one else can. We know wide receivers can often be divas, and Lincoln definitely knew how to grab headlines.

Another lanky framed president, at 6'2, Jefferson is the reliable WR2 that every team needs. Jefferson was a fan of contact, and added territory in large chunks. On a team with so many big personalities and egos, a cerebral superstar like Jefferson will be needed for balance

Hoover is the perfect fit for this team in the slot. He was a steady, smart president who was often overlooked because of the outsized personalities of the presidents around him. Hoover also has a wide receiver attitude about dealing with the media; he embraced them before the stock market crash, when he stopped talking to them.