Pretty women are everywhere, and they pose one of the biggest driver safety threats in the world! According to a Colombian research study from 2005, by a private organization called Road Safety Fund, gawking at women can kill drivers. While the study was conducted in Colombia, drivers causing accidents by looking too long, and intensely at women isn’t something limited to just South America.

This has been happening all over the world for as long as there have been motorized vehicles on the road. It’s just that no other country or group has bothered to investigate the phenomena before, that’s because all men know what the results of such a study would reveal. Everyone knows that sexy and voluptuous women and their body parts cause drivers to be distracted, which inevitably causes auto accidents. 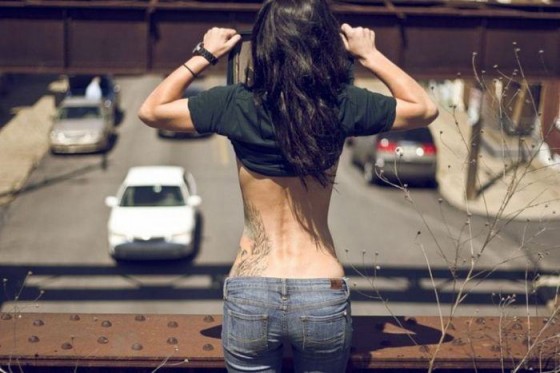 This never happens during our morning commute.

The research revealed that drivers gawking at attractive women rather than watching where they were headed was one of the leading causes of car accidents in Colombia. In fact, distraction was the number one cause of auto accidents in the country. To be specific, 115,000 road side accidents were caused by driver distraction in 2005, costing damages of more than $250 million. The biggest distraction to drivers was the use of cell phones while driving, accounting for roughly 10 percent of all auto accidents. The number two cause of auto accidents was caused by male drivers gawking at pretty women, which accounted for one in 20 car crashes.

Honking at Hotties is what Guys Do

In Colombia, it is normal for men to honk their car horns at pretty women. Doing this is culturally viewed as a compliment, at least men think so. The problem with this practice is that women in the country like to wear miniskirts and alluring clothing. So, one can just imagine how much ‘honking’ goes on in Colombia each day. 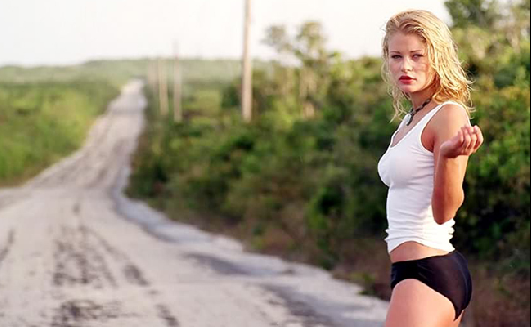 She lost her pants… and needs a ride.

The Colombian government has been successful in lowering auto accidents through a national educational campaign. The campaign includes methods to discourage male drivers from looking at women while they are driving. Men are instead instructed to focus their attention on the road. While many countries wrestle with road safety, distraction is still one of the main causes of auto accidents around the world. As long as there are pretty women walking the streets of the world, they will continue to pose the biggest threat to male drivers everywhere.