Previewing HBO’s “A Game of Thrones”

I was a much younger man than today when I was first told by a friend about the Song of Ice and Fire book series. I was in my early twenties when my roommate at the time was reading them and couldn’t stop talking about them. Being a fan of The Lord of the Rings books like we both were, we were always on the lookout for fantasy series that were actually above average. But for some reason when he described the first book, A Game of Thrones, it just didn’t sound like my thing. Way too much politics for my liking. And a fantasy novel without elves or goblins? Who’d of thunk it? So, I let them sit on my book shelf for the next decade as I chose instead to read the Shannara series by Terry Brooks instead. Boy, was that an epic failure of a decision. 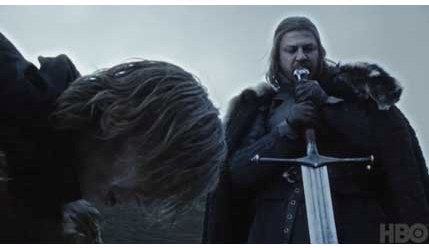 No disrespect meant to Shannara, but it just doesn’t compare to George R. R. Martin’s now quite famous series. A series that I finally decided to read not too long ago. I remember I had finally finished Stephen King’s seven-part series The Dark Tower and I went to my book shelf to see what I could dig into next. As my eyes ran over all the books I had bought over the years and never found the time to read, they stopped on A Game of Thrones. I hadn’t read a good fantasy novel in years, so I said “What the hell?” If it wasn’t for me, I’d just put it back and forget I even had it again.

It didn’t hit that shelf again for a few days… for that is all it took for me to read it. The first book in the series was a real page-turner that I couldn’t put down. It was gripping in the type of way you want to call in sick to work so you can stay home and read more. It was so different from other fantasy series I had read because of the unique storyteller that Martin is. Each chapter in the book is named after a character. And each chapter is solely from said character’s point of view. He probably wasn’t the first one to do something like that, but it was the first I’d ever seen it done that way and the story just blew me away. 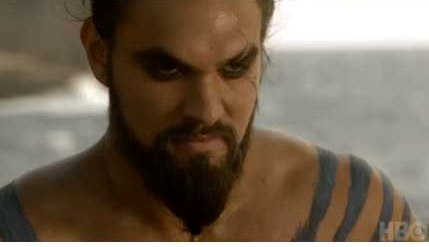 Using the point of view angle, you get to know what even the perceived villains were thinking the whole time (I say perceived because there is no clear cut good vs. evil in this series). And the rewarding thing about that is how you can relate and sympathize with each character, antagonist or protagonist, and see that none of them think they are doing anything wrong. They all think that they’re the good guy. Compelling stuff and writing about it makes me want to read it again. There are so many characters and you will care what happens to each and every one of them. It’s just a brilliant experience.

But the point of this article is that I learned a year ago that HBO had begun casting for an adaptation of the acclaimed series, which made me ecstatic when I learned that it would be on HBO. Because, this isn’t a Lord of the Rings here people. Don’t misunderstand me, I adore the Rings series. But it’s PG. This series is very mature and very adult oriented; something that HBO excels at. There is large amounts of violence, gore and killing, some involving small children and women. And there is so much gratuitous sex in these books that even True Blood would have to blush. I won’t get too spoilery here, because I’d like for those interested in this to read the books or watch the series without me ruining anything for them.

The next concern I had was if the adaptation would actually be any good. Fantasy hasn’t exactly fared too well on the screen outside of the Rings movies. Would the budget be big enough for this franchise (everyone remembers what happened to Rome)? Would any big name actors want to be associated with a fantasy or sci-fi series? It’s still early and not too much has leaked out there, but all the spies and people behind the scenes are giving a resounding yes to all those questions. 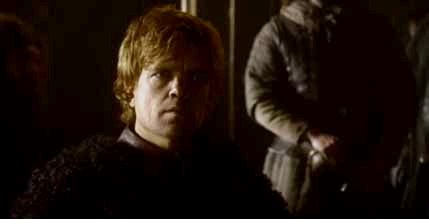 The reviews of the pilot episode were overwhelmingly positive and HBO green lit the show for a full season order. Sean Bean, a fantasy film vet, signed on to play the lead role of Eddard Stark and even the creator Martin has been on set as a consultant. He actually used the words “They’ve nailed it” when describing his approval of the show’s progression. There are quite a few other well known actors and actresses signed on to vital roles that you can take a look at here.

The feedback from studio execs has been so positive up to this point that the rumor is a second season is already being talked about. Quite encouraging when one realizes that the current plan is to do one season per book. Take a look at the terrific eleven minute plus preview of the series below.

Inside Game of Thrones

So, I implore you, if you haven’t read this series yet, do yourself a favor and do so now. I know most people’s attitude these days is why bother reading the book if a film or TV series is coming out based on it, but I strongly urge you to not cheat yourself and read this incredible series by what many call “This Generation’s Tolkien,” George R. R. Martin.

Game of Thrones premieres on April 17th on HBO.