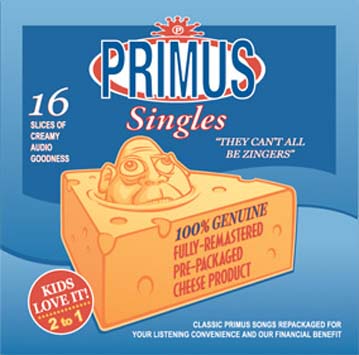 If you have never had the pleasure of seeing Primus live, then you have missed out on an awful lot. As far as bassists go, there’s great bassists (Tim Commerford, Jack Bruce, Michael Anthony), there’s amazing bassists (Cliff Burton, John Paul Jones, Mike Gordon) and then there’s bassists on par with a God (Flea, Paul McCartney, Geddy Lee). And then there’s Les Claypool. A man absolutely in a class by himself with such a honed skill for finger picking and slap bass that it borders on magic. Of course the current trio would be bland without Larry and Herb, so let’s not forget the rest of the band, for goodness sakes. You can also hear Les’ exploits on the South Park theme as well as Robot Chicken. For a complete history, check out any of these sites: Primus Wiki , or the Primus Website. Now, going back to the previous statement I made earlier on, I have been privy to their concerts three times and I have to admit I have never seen a show quite like it. Oh sure, there’s no huge stage production, no tower of lights and pyrotechnics, but what the performance lacks in over-production it more than compensates with outstanding and equally odd stage presence. Check out the videos below of some of Primus’ best performances of a few of their finest tunes.

When The Toy Go Winding Down – Sacramento Cattle Club

Check out just how much Primus Sucks!