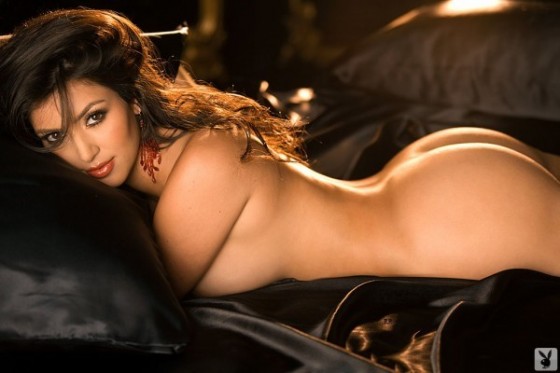 Because she is vastly underexposed and it gave me a good excuse to use the above pic of her luscious bare derriere, I’ve decided to share the following video which shows the artist formerly known as but now once again known as Prince booting ample assed Kim Kardashian off stage at a recent concert after he was gracious enough to invite her robust rump to bump ‘n’ grind with him. For some reason, Kim wasn’t interested in dancing with His Royal Badness, so she just stood there like a no-talent piece of gluteus maximus. And Prince acted accordingly by telling the bitch to take her lady humps for a walk. It’s quite amusing. (Via Vulture)