Grub > Snacks > More Pringles Flavors Than You Ever Knew Existed

Most everyone has had Pringles at some point in their lifetime, and I’m sure most of you have grocery store shelves that look something like the above : Original, Barbecue, Fromage & Oignon, wait, what?! We believe that is French Onion, in French, which would make the shelf above either from France, or more likely Quebec, Canada. The sampling above is just a few of the flavors you can find in the United States, and all over the world. We’ll look to Wikipedia first for more background nuggets :

That doesn’t even mention some of the promotional flavors and containers that are made, like those pictured below : 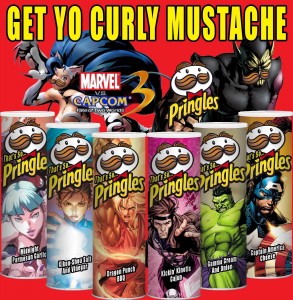 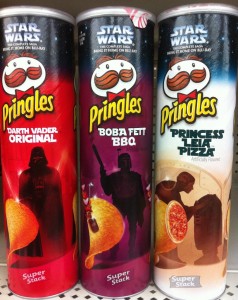 Our own intrepid expat living in China has tackled the challenge of tasting all flavors available behind the great wall in the past, and come up with his own list of the Top Ten Pringles Flavors in China. Now we revisit the topic and look at even more flavors available around the world, including most of what was listed above. We’re sure we missed some, so feel free to tell us about your favorites in the comments below.