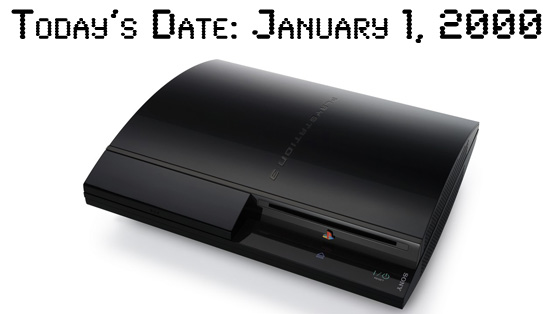 As some of our readers may already be aware, a large number of PlayStation 3 systems have been subject to mysterious errors involving faulty PlayStation Network connections, missing data, and time travel: Somehow, the clock in the old “husky” PS3 units has reset itself to January 1, 2000, in an odd reversal of the Y2K bug. While this in itself isn’t too bad, the affected units have come to a number of disturbing and intelligent logical conclusions regarding time travel, and is working to resolve any paradoxes that could destroy the fabric of the universe:

As you can imagine, this undoes nearly every function of the highly versatile PlayStation 3, save one. 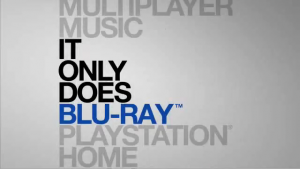 While we are rather impressed with the scale of havoc that Sony can wreak if they so choose, we have to wonder how such an error came about. Sony reports that the error came about as “a bug in the clock functionality incorporated in the system,” which, while a believable explanation, is still a bit silly. It does not take a powerful piece of machinery to determine that January 1, 2000 is not the day after February 28, 2010; the arithmetic is pretty simple, all things considered. Perhaps there is another, more sinister explanation?

If you’re not yet concerned, you should know also that there is at least one unconfirmed report (we heard it from a friend who heard it from his friend, but he’s totally trustworthy) of a PS3 turning itself on, entirely without provocation. Perhaps this is simply step 1 of Sony’s master plan; we’ve already deduced that a PS3 has the intelligence to preserve the fabric of the universe, after all. If we were you, we would keep an eye on our PS3 when we go to sleep tonight.