Millions of people have read and continue to read the works of Matt Dymerski. One posting of his story Psychosis on site Creepypasta.com alone has 1.4 million views and a cumulative rating of 9.3 from more than ten thousand voters. He’s an award-winning contributor to the NoSleep subreddit which has nearly a million subscribers, and in 2012 won the site’s award for best series.

Q. What inspired you to write short horror for the internet?

A. I’ve always been a fan of horror and scary stories, but it wasn’t until I found the original creepypasta.com community that I realized I could write it myself. The community posted short stories to a forum regularly, and the quality level was amazing, which clearly had much to do with how ‘creepypasta’ has become a term and a genre in its own right. I began writing my own posts there for fun, and some of them were well received.

Q. What inspired your biggest hit?

A. I’d gone to school for computer science before I wrote Psychosis, and often the long hours and solitary work inspired creepy ideas. Psychosis was actually the first scary story I ever wrote, based on my experiences as a programming student and extended much further into the realm of paranoia and horror.

Q. There have been a lot of complaints about the ending of Psychosis (NO SPOILERS!) How do you feel about the opinion that it should have ended another way?

A. I don’t think it’s possible to write a horror story ending that satisfies everyone. Each reader builds up his or her own vision of terror, and no post-reveal horror can ever live up to everyone’s expectations. That being said, I chose the contentious ‘reveal’ ending as a nod to the stories I grew up with on classic series like the Twilight Zone and the Outer Limits. The most memorable episodes of those shows always gave the viewer the horrible truth at the end, as a lasting payoff for getting emotionally invested. Sometimes the truth was good, and viewers were relieved. Sometimes, the truth was worse than anyone had guessed, leaving the audience with a terrible sinking feeling and a ‘wow’ moment. To the same token, if readers had never a single dose of hard truth in Psychosis, I’m not sure the story would have had quite the same impact.

Q. Do you think it’s right that Psychosis is your most popular story? Do you feel it’s overhyped, or another deserves the attention more?

A. I have no pretentions about controlling reception of my work. Readers will like what they like, and I’m just proud to write for a living and have people enjoy my stories. I’ve also just begun, so I’m sure I’ll have other popular stories somewhere in my career. Hopefully.

Q. In 2012, you started a series on Reddit that has since become known as the Asylum series. What inspired you to start that?

A. Similar to the way I first got started, the ‘NoSleep’ community inspired me to contribute. That subreddit has quality submissions day in and day out, and a unique format. The stories there must be first person, realistic, and at least somewhat possible. When crafting Asylum, I thought: how can I take this format to its utmost limits? The result was a first-person story with other first-person stories woven through it, each based on human faults and human weaknesses taken to the extreme. I enjoyed writing the Asylum series more than anything I’d done previously, and doing it in parts while interacting with the community on NoSleep was a rewarding experience.

Q. It won an award for Best Series of that Year on Reddit. How much does that sort of thing help your visibility?

A. I believe, as a tag next to my username, it helps initial visibility and upvotes on NoSleep itself. That doesn’t necessarily extend to the rest of Reddit, even though NoSleep is now a default and viewable by millions, because I don’t think the tag shows up to outside users. Still, I am very proud of the tag, and I can list it as an award I am proud to have.

Q. All of your stories seem to be self-published on Amazon. Have you tried to go with a traditional publisher?

A. I don’t believe traditional publishing is really the same mechanism it used to be. They’ve consolidated and pivoted strategies, and are now more like investment houses injecting marketing money into generic mass-market works. That’s not a knock on their business model, which clearly works, and which produces cultural brands that everyone can experience and share, but the new place to be for individual authors is self-publishing on the Internet. There are large groups of mid-level authors making a living by writing quality fiction, where previously only a handful of traditionally published authors ever made it into public consciousness.

Q, Of your stories, do you have any favorite fanworks? Readings, drawings, etc.

A. Quite a few films have been made based on Psychosis with my permission. My favorite is probably Chilling Tales for Dark Nights’ audio version.

I listened to that all the way through several times even though I knew the story by heart. Something about it was just extremely well done – and all their other story narrations are great, too.

Q. Of your stories, which one do you most which had gotten more attention?

A. My four part series starting with ‘The Back Paths’ is close to my heart as a horror fan, for various reasons. It didn’t get much attention due to the fickleness of the Internet, but I still think about it whenever I’m going for a run.

Q. If you were some reason forced to favor one over the other, would you go with science fiction or horror?

A. Probably horror. I grew up with science fiction and will always love it, but horror seems criminally underserved. Something about horror readers makes the community feel like a family, perhaps bonded by fear. These people deserve great stories that leave lasting chills. I would love to provide those, if I can.

Q. What do you plan to write next?

A. I’ve got science fiction novels in the works, but my next major project is definitely continuing my “Entity” overarching storyline. HP Lovecraft was one of my favorite authors growing up, and he built several mythos cycles that interconnected all of his works. I aim to do the same, with a modernized world and modernized fears. Astute readers have already caught on to something very wrong happening in the ‘spaces in between’ my stories, and in subtle ways the events in different stories connect. I plan to reward perceptive readers for sure. The Entity mythos is the one work I’m most looking forward to building.

See more of Matt’s horrors at these pages: 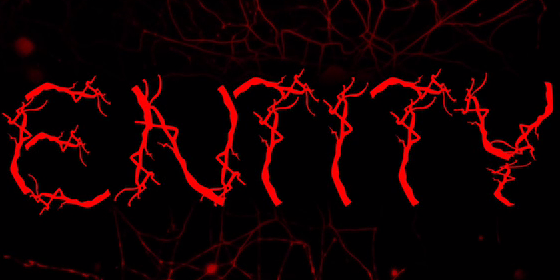