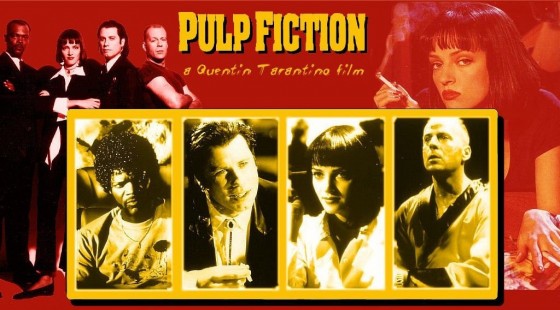 For the 20th Anniversary of Pulp Fiction, we want you to think back to the first time you saw the Tarantino masterpiece. Did you have a slight problem following the nonlinear storyline? It’s memorable for its eclectic dialogue, and ironic mix of humor and violence, but it’s also one of those films that you probably wanted to watch a 2nd time to really put the sequence together in your head. There have been several video versions edited in the past of the film in sequence, and this one appears to be the most concise version currently on YouTube…

… as entertaining as that is, a graphic showing the flow of events is probably a more informative exercise. The infographic below has been constructed by Noah Daniel Smith, who even offers the following it for sale in poster form : 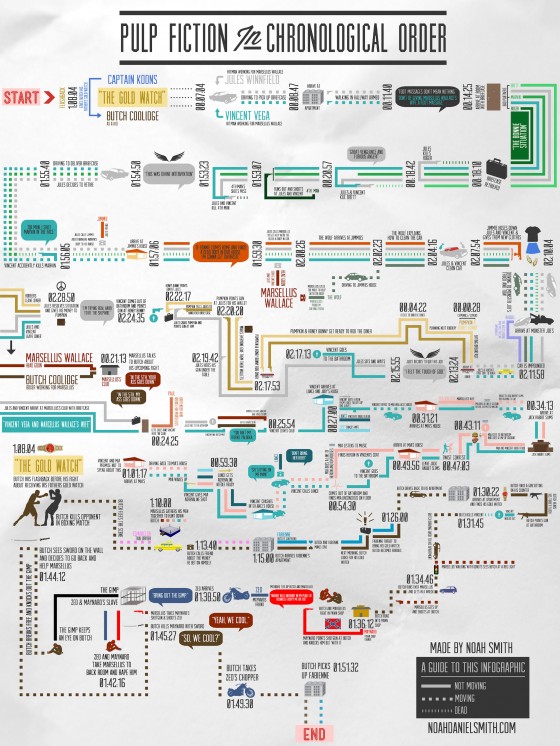