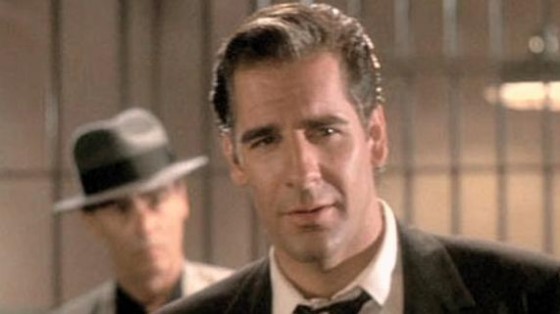 Upon the resolution of the television show Quantum Leap in 1993, there were a lot of unanswered questions. However, if you take a closer look at the winners and losers in Sam Beckett’s travels through time, the ultimate loser was President Richard Nixon. Depending on your perspective, Beckett is either a hero who brought down a tyrant, or an agent sent back in time to destroy a great man. 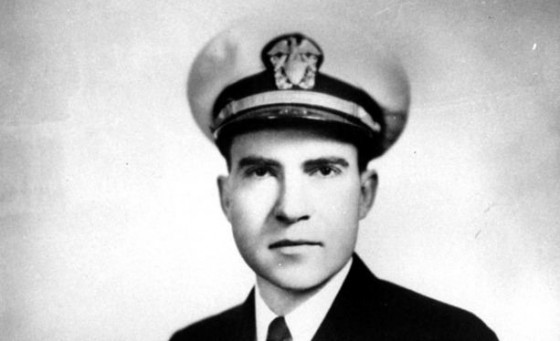 According to a report in 1992 by the Scripps Howard News Service, there was supposed to be an episode in which Sam Beckett actually leaped into Richard Nixon. The show was never produced, so the leap was never actually made. Since the Quantum Leap Project was specifically designed to stop something that once went wrong, a past mistake in Nixon’s life (and there were a few) was not corrected. There was some discrepancy over who had “control” over where Sam leaped into in the show. However, it would appear that the mistakes in Nixon’s life were left intentionally intact.

The Protection of the String Theory 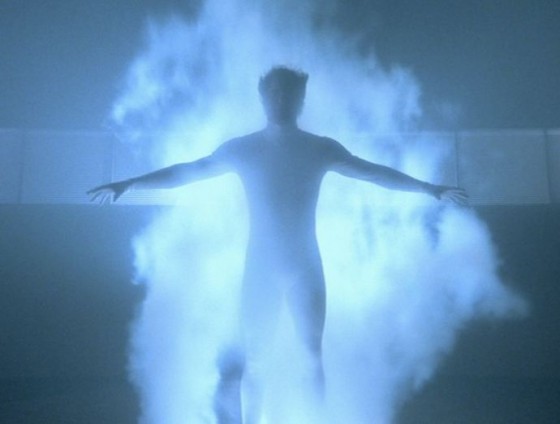 In the episode “Future Boy,” we learn that the Quantum Leap Project has a vested interest in its own existence. Sam goes back in time to help plead for the sanity of a television star named Moe Stein. Stein is on a 1950s sci-fi series and plays Captain Galaxy. Stein also attempts to build a time machine and has a variation in mind of the string theory for time travel.

After helping to declare Stein sane, Stein then answers a fan letter from a young Sam Beckett. It’s like the Quantum Leap Project must keep the events intact that led to its own creation. On another level, it’s the same type of “time policing” seen in Bill and Ted’s Excellent Adventure. Certain events in Beckett’s life have to happen so that he can create the project. The project is invested in maintaining this timeline, possibly for the overall goal of keeping Richard Nixon in check.

The Birth Of Rock and Roll 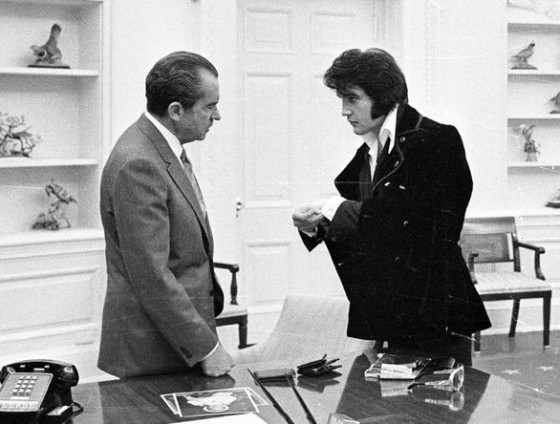 Any popular movement is unified by song. Crowds in Nazi Germany were often led in song in order to inspire solidarity. Monks would chant in order to stabilize daily activities. In the 1960s counter-culture, the fermentation of rebellion was inspired by rock and roll music. This was in strict opposition to the direction that Nixon wanted to see the country go.

There are two episodes in which Beckett fosters the birth of rock and roll. In “How The Tess Was Won” Beckett inspires Buddy Holly to sing “Peggy Sue.” In “Memphis Melody: Sam leaps directly into Elvis Presley to insure nothing about Elvis’ life changes. By the time Nixon met Elvis in the White House, it was more an armistice between two opponents than any type of acknowledgment that Nixon was a rock and roll fan. 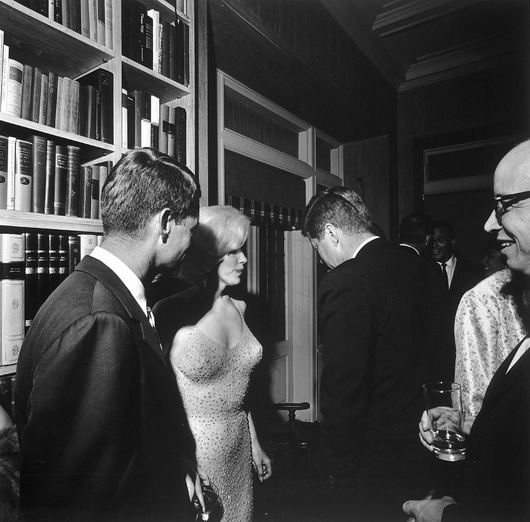 In the episode “Good-Bye Norma Jean,” Sam is unable to save the life of Marilyn Monroe despite wanting to. There was a lot of later insinuation that Marilyn may have had relationships with both Robert and Jack Kennedy. There is even some speculation that she would have exposed the affairs during Kennedy’s presidency. Such a scandal would have been a political gain for Nixon. It might have even led to a Nixon victory in 1964 rather than 1968. If Johnson had been associated with a known philanderer, Nixon might have stepped back into the national spotlight seeing weakness rather than Barry Goldwater. Given Kennedy’s razor thin victory in 1960, the affair could have been the nudge needed in 1964, thus changing the course of history in Nixon’s favor.

In the episode “The Leap Home Part II,” there is the subplot of the reporter Maggie Dawson. During the course of the updated events, Dawson dies. However, she takes a photo which goes on to win a Pulitzer Prize. The photo is of Al as a POW. The leap date is April 7th,1970. The next 30 days are pivotal in the war effort. The end of April 1970 saw the invasion of Cambodia. 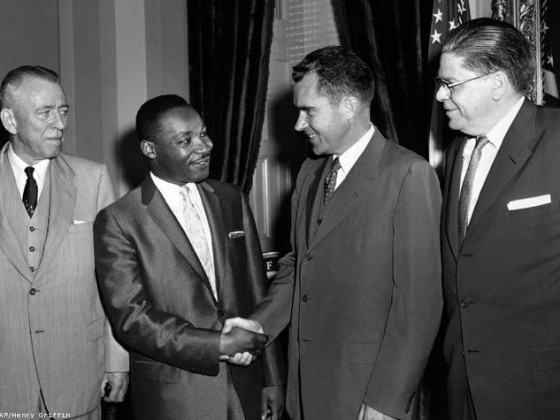 Civil Rights was a particularly divisive movement in the 1960s. In addition, it was also a political bombshell to Democrats and Republicans alike. Perception held that the Kennedy/Johnson administrations were more proactive on Civil Rights while the Nixon administration was not. Martin Luther King Jr. was one of the great, if not the greatest, leader of the Civil Rights Movement. In the episode “The Leap Between the States,” Beckett saves an ancestor of Martin Luther King Jr. thus ensuring King’s eventual existence. Without King, the vote in 1960 could have easily swayed toward Nixon. Again, it was one of the closest elections in American history and any factor could have tipped the scales. 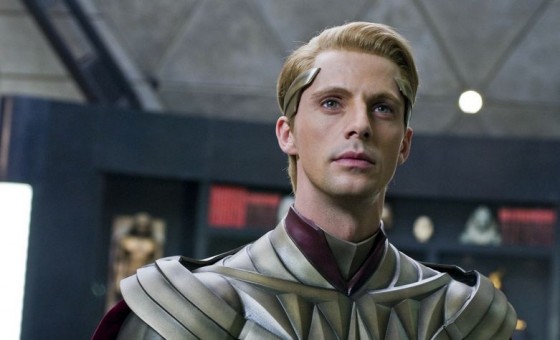 In later episodes of Quantum Leap, there is the appearance of counterpart leapers branded as Evil Leapers. The truth is that we do not know the exact purpose of the organization other than to undo the changes which Sam is making to the timeline. By having an antithesis, that means that the Quantum Leap Project is also trying to ensure a timeline.

Since many of Beckett’s moves either intentionally or unintentionally affect Nixon’s ascendancy, the purpose of the Evil Leaper organization may well be to restore or create a timeline in which Nixon did not fall. The Evil Leapers would have to be a later organization since they are able to target specific dates. There is the possibility that they may not be evil at all in that they might be trying to prevent the unintentional dark future which Beckett created.

In the episode “Lee Harvey Oswald,” Beckett leaps into Lee Harvey Oswald at various points leading up to the assassination of John F. Kennedy. How does this hurt Nixon? At the end of the episode, Beckett leaps into a Secret Service agent. Al reveals that Sam saved Jackie Kennedy from being murdered. Much of the Kennedy Mystique now centers around the Camelot interview given by Jackie after the assassination.

The interview linked the Kennedy Administration to the musical as well as the fall of Camelot effectively establishing the spin of Kennedy being heroic. Had Jackie died, the spin could have went in a decidedly different direction. At the very least, there would not have been such an emphasis on a pro-Kennedy sentiment. Any diminishing of the Kennedy Mystique post-assassination would have been a boon of Nixon’s fortunes.

The U2 Flight of Francis Gary Powers 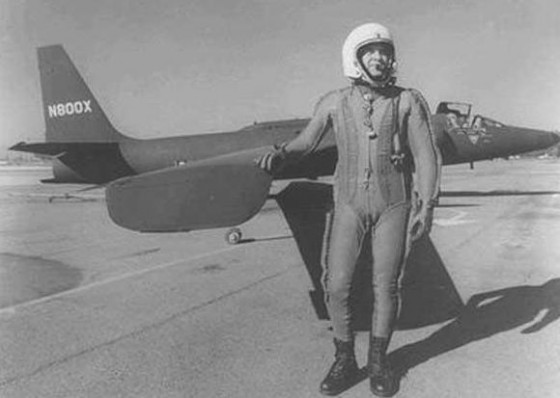 When Francis Gary Powers’ U2 spy plane was taken down in 1960, it became a tipping point in the Cold War as well as an embarrassment for the Eisenhower Administration. This was during the same summer in which Eisenhower’s Vice President Richard Nixon was attempting to build momentum for a Presidential nomination. The last thing Nixon needed was a foreign policy snafu hanging over the chances of a Republican continuation in power.

In the episode “Honeymoon Express,” Beckett is specifically directed and has the opportunity to exert influence over stopping the U2 flight. Beckett fails and seems overall disinterested in stopping the flight. Had Beckett been successful, there would have been little reason to have doubt about the direction of the Republican’s foreign policy during the summer of 1960. This would have paved an easier path to a Nixon victory. 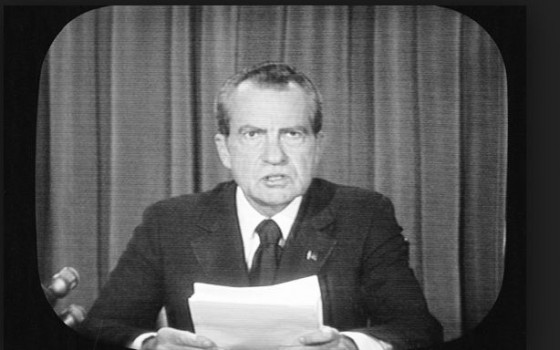 The final nail in Nixon’s political coffin was the Watergate Scandal. As a matter of fact, Watergate may have stood in the way between the America we know and the America portrayed in Alan Moore’s Watchmen comic books. In the episode “Star-Crossed,” Beckett accidentally sets off the alarm in the Watergate Hotel on the exact evening the infamous break-in was occurring. In essence, Beckett set off the series of events which led to Nixon’s ultimate downfall. Of course, in his own way, Beckett had been keeping Nixon’s power in check all along.