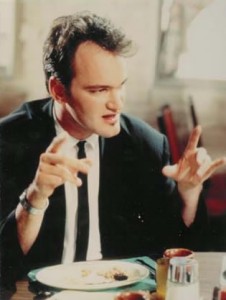 Whether you like him or not, Quentin Tarantino has become known for his unique, and often controversial, style and so it is an interesting opportunity to get a glimpse into the films that have made an impact (and possibly inspired) Tarantino in 2009. Why only eight? Well, he has a few more films he wants to see before he completes his list (including “Avatar”, “The Lovely Bones” and “Invictus”). Fair enough.

Admittedly, there’s a few odd choices. Not only are several of the movies on the list far less blood-thirsty than his own movies, but he’s also failed to include his own 2009 film “Inglourious Basterds” on the list. We like to think he’s just being modest.

His interview with The Hollywood Reporter is right below: