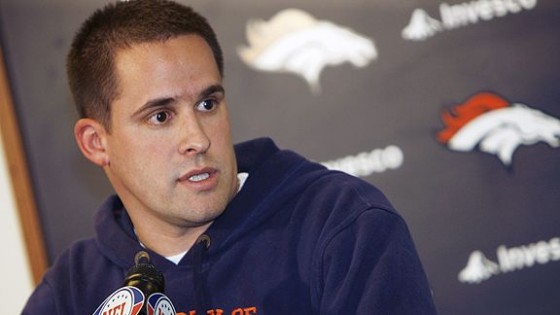 I’ve always enjoyed watching NFL press conferences. Coaches and players usually don’t want to be there and the collected media knows all they’re going to get is a bunch of terse, stock answers. In a perfect world, the guys seated in uncomfortable metal chairs would ask whatever questions they wanted and the guys behind the podium would respond honestly.

Instead, we are treated to a rehearsed player/coach waging in a verbal tug of war with tired reporters working on a deadline. I’m guessing said reporters have a long list of queries they would love to blurt out, but can’t for fear of being shit-canned by their humorless employers.

“Do you feel like you’re stealing money from this team?” 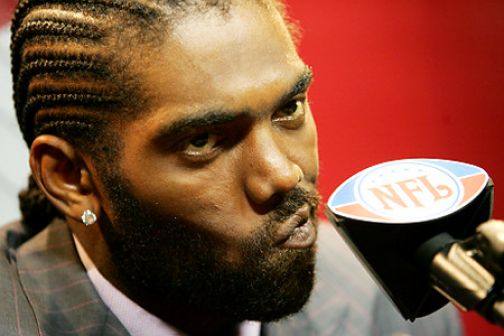 Clowns like Moss get away with murder on and off the field. After throwing up back-to-back goose egg games, just once, I’d pay to hear a big-balled newspaper man drop this golden nugget on the millionaire jackass.

“Did your mother have any children that lived?” 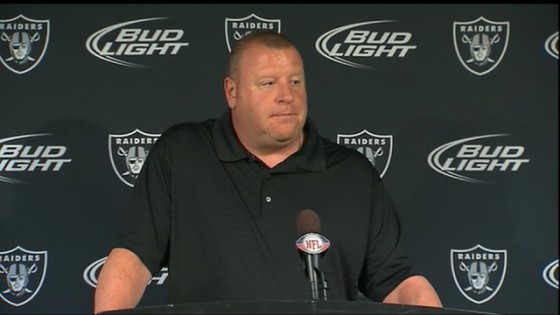 Incompetent head coaches are always fun to bombard with “why” and “what.” Unfortunately, they are hardly ever accommodating, especially when their monumental fuck-ups are brought to attention by a veteran beat reporter. After the fat prick dodges legitimate observations, why not hit him with this beauty and go out with a bang.

“Why do you suck at your job?” 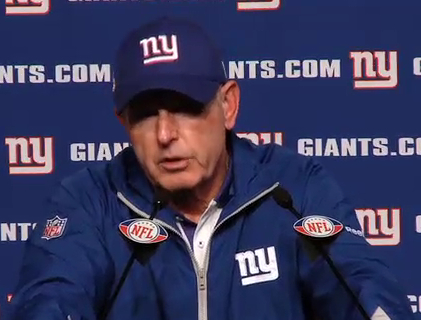 Simple question. I’m sure it would illicit a wonderful, profanity-laced tirade too. Something along the lines of, “You try doing this you pencil necked son-of-a-bitch! Have you ever played the game? No? Then shut your fuckin’ mouth! How would you like it if…” Hilarious.

“Seriously, do you know how to tell time?” 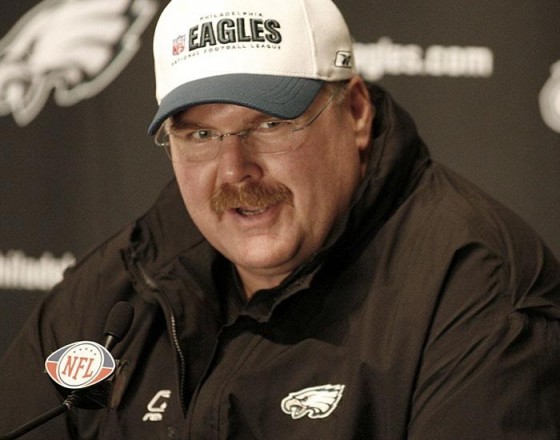 Oh, that pesky clock management. For whatever reason, the ins and outs of counting down from 15 minutes or 40 seconds eludes even the sharpest minds in the game at the worst possible junctures. I’d bow and curtsy to any media type courageous enough to fire this salvo at the guilty party.

“Why is your head coach such an asshole?” 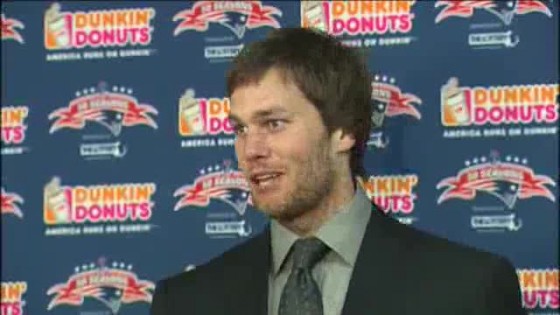 It’s hard not to respect Bill Belichick. The man knows how to motivate and get his charges to play to their fullest potential. It’s also hard to ignore the fact that he’s a giant dickhead during his bland, monosyllabic press conferences. Maybe Golden Boy Brady can offer up an explanation?

“Are you mentally retarded?” 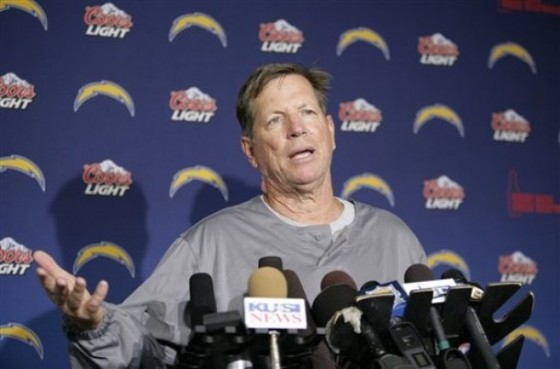 Okay, so it’s not the most sensitive question one could pose, but that doesn’t mean it’s not worthy of asking. Scores of fans would like to know if the guy in charge of their favorite football team has been medically diagnosed with having a brain the size of a walnut.

“Are you trying to get fired?” 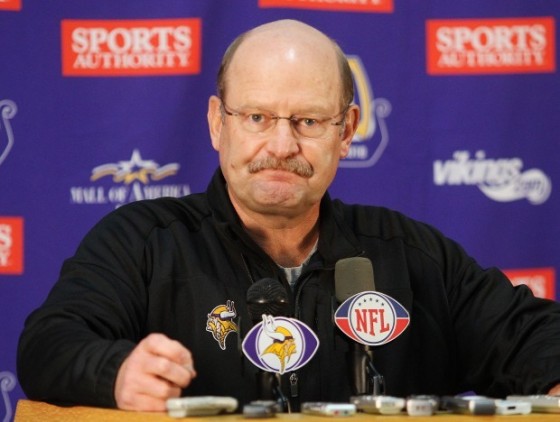 It’s easy to tell when a coach is on the chopping block. Sometimes it’s fair to wonder if the coach under fire is trying to accelerate the dismissal process by being a king-sized dumbass on purpose. See the Brad Childress Reign of Terror if you need further evidence.

“What does it feel like to fail so completely?” 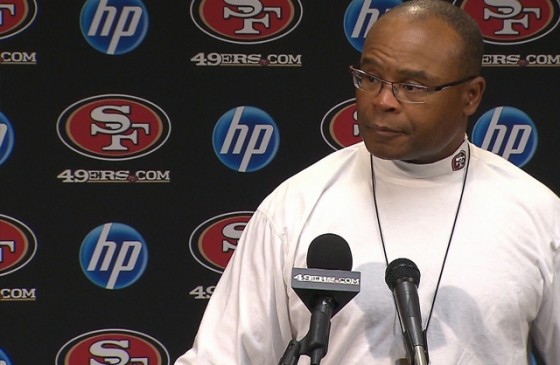 The best laid plans have a tendency of derailing at the drop of a hat. When a preseason contender watches its playoff aspirations disappear by mid-season, it’s logical to ask what it feels like to be the cause of a 50-car pileup.

“Do you have lace on your underwear?” 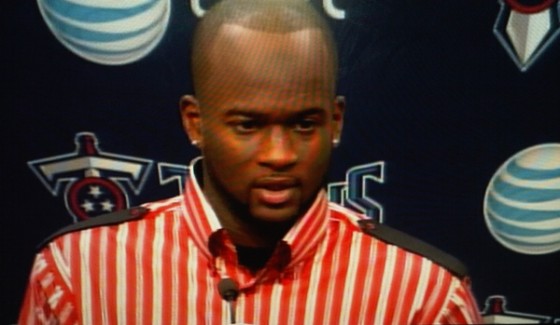 Football is a man’s game. The slightest hint of being a whining wussy will undoubtedly raise a red flag. Yeah, I’m talking about you Vince Young. It’s time for this girly man to admit he’s not cut out for the rough and tumble NFL and reveal he shops regularly at Victoria’s Secret… for himself.

“Can you do us a favor and just die?” 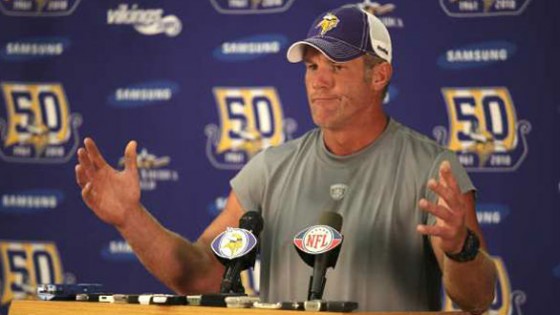 Are we really supposed to believe the quarterback who shall go unnamed is finished? No player in the history of the universe has provided more fodder or caused more headaches for the media than, uh, the guy pictured above. Hopefully, this question will be the first and only one asked when #4 is introduced as a member of the Arizona Cardinals this summer.

Just once… it would be nice.