Media > Music > R.I.P Nate Dogg: Looking Back at the Hookmaster

R.I.P Nate Dogg: Looking Back at the Hookmaster 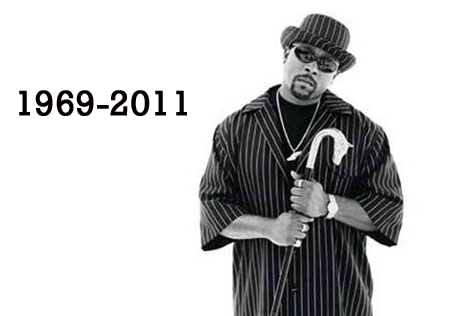 This week has brought the sad news of the passing of G-Funk pioneer and the best in the business when it came to singing a hook on a hit song, Nate D-O Double G. Nathaniel Dwayne Hale was a mainstay in the music industry the past two decades and for many of us was a signature voice on plenty of our favorite songs growing up. As Ice Cube once said, “It must be a single, if Nate Dogg singing on it.”

Arguably his most popular song was his early ’90s duet with Warren G “Regulate.” I have yet to meet an individual from the age of 18-28 who doesn’t know every single lyric to this song.

“I got a car full of girls and it’s going real swell. The next stop is the Eastside Motel”

Nate was a frequent collaborator with other West Coast legends like 2pac, Snoop Dogg and Dr. Dre.

“Every other city we go, every other video, no matter where I go, I see the same hoe”

Throughout the years, he continued to collaborate with the most popular artists of the day and received more acclimation for his work, getting nominated for two Grammys for tracks with Ludacris and Eminem.

“Let me tell you how I made her leave with me, conversation and Hennessey”

In the end, Nate Dogg had a voice that produced hits, got the party going, and always had everybody bobbing their heads and singing along. We will miss you, Nate.

“We rock from the east to west coast, Queens salute to Pharoah, step away from the mic, they too cold, the funk might fracture your nose”