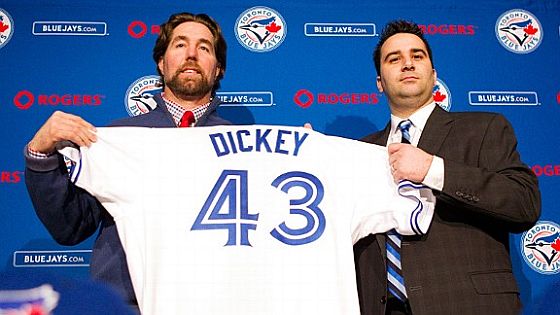 While many experts have predicted that R. A. Dickey would struggle with his move to the American League, no one expected it to start this early. We don’t know if it was nerves, the early signs of a physical problem or simply old age, but in his introductory press conference with the Blue Jays Dickey struggled to put on his new jersey.

And one more time.

We like to chalk it up to a reluctance to wear a jersey that wasn’t for the Mets, who gave Dickey a chance to restart his floundering career.

[gifs via The Score]