Sports > Other > Racing and Rodeo with Crown Royal

Racing and Rodeo with Crown Royal

This past weekend myself and some other new media folk were the guests of Crown Royal in Las Vegas. The main purpose of our trip was to Race Matt Kenseth at the Las Vegas Motor Speedway during NASCAR Champions Week, but it was also National Finals Rodeo time in Vegas. 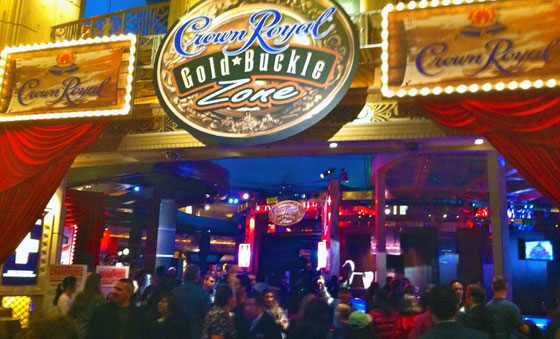 The Rodeo literally took over the MGM Grand as 2011 NFR Headquarters, and the Crown Royal Golden Buckle Zone featured live music, dancing, shows, shopping, guest appearances, drink specials and drawings. While Racing and Rodeo are two of the sports that I am least familiar with, it was great to be emerged in the culture of both for a weekend. The trip included the typical Vegas activities that you would expect; great food, free drinks, and poor decisions, but I’m going to focus on the two sporting events that dominated our time there. 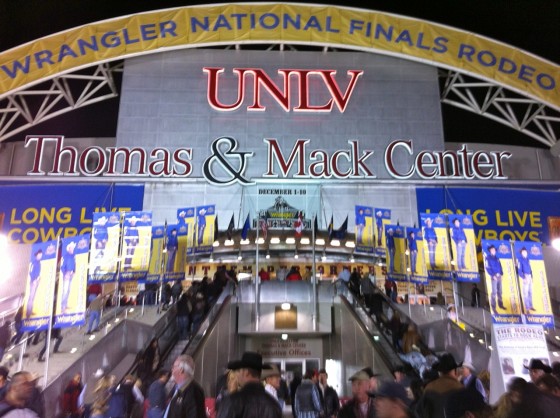 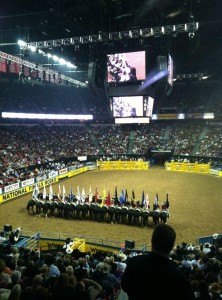 The National Finals Rodeo is essentially the Super Bowl of Rodeo, and is held each year in Vegas at the Thomas & Mack Center (why not call it the Tarkanian Center?). The title sponsor is Wrangler, and from what we can tell, the only security they had at the event was a woman at the door checking to make sure you were wearing Wranglers before you were permitted to enter. For a crowd that probably has the highest per capita gun ownership level of any sporting event, I was shocked that there were no pat downs to get into the event. Someone in our group walked right through the front door carrying a mixed drink he brought with him from a bar at the MGM. It was absolutely crazy how laid back this event was. 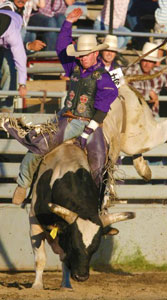 Although it wasn’t true on that night, I can now forever more use the phrase, “This ain’t my first Rodeo.” As a Rodeo virgin, I noted a few things :

While we enjoyed this event on Friday night, it’s actually a 10 night competition and is still going on as the week continues. Each time one of the Crown Royal Riders score 90 points or more (rodeo scoring based out of 100), Crown Royal will make a charitable donation of $2,000 to the Justin Cowboy Crisis Fund, which benefits cowboys and their families in the event of catastrophic injuries resulting from professional rodeo activities. 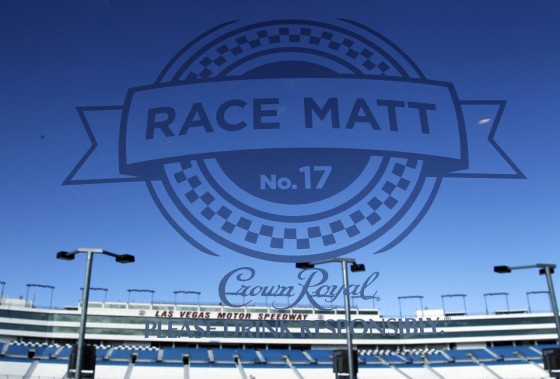 On Saturday we turned our attention to NASCAR and the “Race Matt” promotion. A mix of excitement and anxiety accompanied me as we made our way out to the Las Vegas Motor Speedway. After a nicely catered lunch (which I skipped, because honestly who wants to eat right before climbing into a race car for the first time?) we made our way to the Richard Petty Driving Experience. 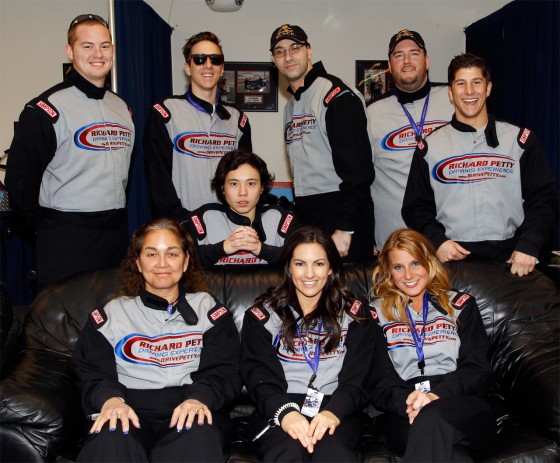 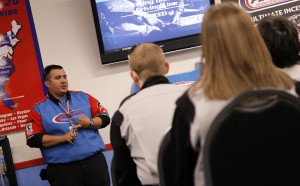 The first order of business was signing our lives away in one of those agreements that your lawyer would tell you never to sign (which btw is why your lawyer never gets to do anything fun). We then grabbed our fire suits and headed into the classroom. They have a rather extensive orientation program, which teaches you what to do, and what not to do. Honestly by the time we finished the class, my anxiety went away, and I felt prepared to tackle what was in front of us. 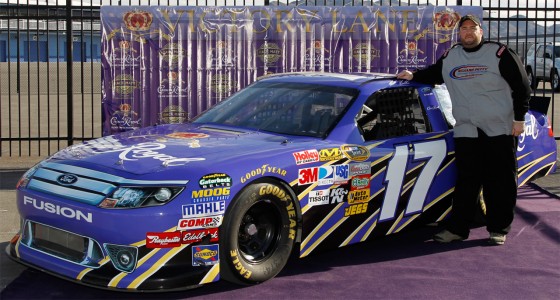 After a quick pose with the Crown Royal #17 car, we were ready to race. Lucky me, I was selected first to take a spin, how frigin fabulous. As you can tell from the photo above, I’m not a small guy, so one of my biggest concerns was climbing through that tiny window. That was a bit of a challenge with the helmet on, but eventually I was in and proceeded to my next issue. Between my height and my weight, I was essentially too big for the car, as I couldn’t fit all the way back into the seat, and my legs were too long to control the pedals effectively. This left my knees bent and blocking the steering wheel. So yeah, my race car driving experience ended right there in embarrassment and disappointment. 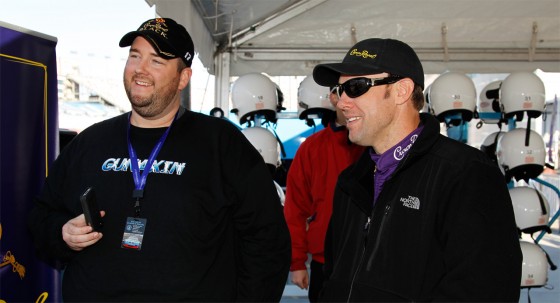 My fellow media members were all able to enjoy their rides though, as they each took 10 laps around the track and recorded speeds up to 133 mph. In the end Mike from The Rugged came home with the fastest time, barely edging out Jonathan from Midwest Sports Fans by .07 seconds. Unfortunately as the name of the event implies, “Race Matt” involved attempting to best the time of NASCAR Star, Matt Kenseth, which proved to be more difficult than squeezing me into a stock car. Three lucky fans and our group of media all failed in that quest, as Matt put down the high mark at 168 mph.

Prior to destroying us on the track, Kenseth did sit down with us for an informal interview. We discussed what he does when away from the track, the car he drives at home, getting stopped for tickets, fantasy football, and his son getting into racing. About 15 minutes into the group conversation, I asked Matt (who isn’t known for being great with the media and on camera) if it was one of the easier interviews he ever did, to which he replied, “Is this an interview?”  While Saturday was his last day driving for Crown Royal (who won’t be renewing the sponsorship) he did note how much he appreciated the amount of charity work that Crown Royal brings to their NASCAR partnerships. So we’ll leave you with a Photo of Matt Kenseth and Rodney Atkins stuffing Crown Royal Bags for Troops, as part of the Heroes Project. 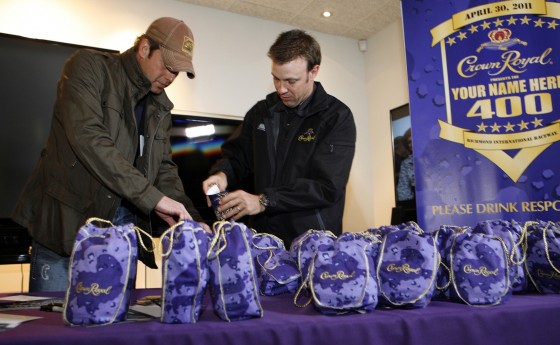 Photos via AP Images and various cell phones of our friends on the trip. You can probably tell the difference. More Photos from the Rodeo and Race Matt can be found on our Facebook Page.