In Columbia, South Carolina there exists a restaurant that was facing slumping sales. This restaurant served mediocre Mexican fare and since Taco Bell has already cornered the market on that, they decided to add merchandise to their offerings. This is the tale of how using a little old-fashioned racism can save your struggling business.

Taco Cid, the restaurant (not the famous Latin bounty hunter from the 1930s), has found that business booms when you’re being a little bit discriminatory. Facing lacking sales and serving awful food (according to many locals), they took a drastic step. They’re selling t-shirts! Sweet, sweet racist t-shirts.

It’s a common practice for restaurants to bolster their sales with merchandise. If you’ve ever been to a Hooters, (and we know you have) you’ve likely had more merchandise hawked at you than there were areolas barely concealed by infant-sized t-shirts. It’s an integral part of bolstering the bottom line: Serve mediocre food, sell shirts, profit, lather, rinse, repeat. 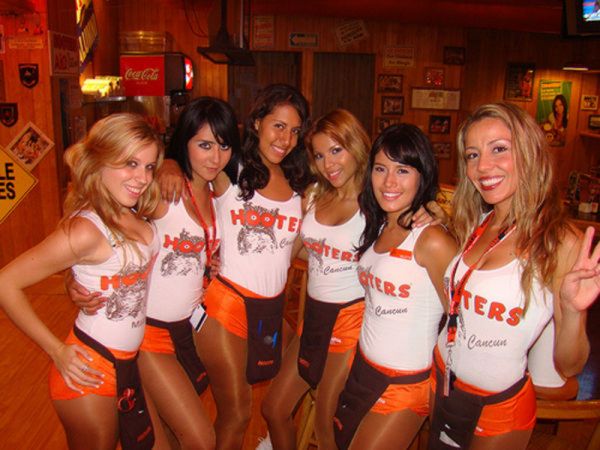 All of it. We want ALL the money. Look at our boobs!

Well, Taco Cid decided to jump on this gravy train and created an eye-catching tee of their own. This one depicts the old cartoon trope of catching your prey with a box supported by a stick and some bait laid underneath. Only Taco Cid isn’t looking to capture any wascally wabbits. No sir, they’re looking to catch an illegal immigrant. 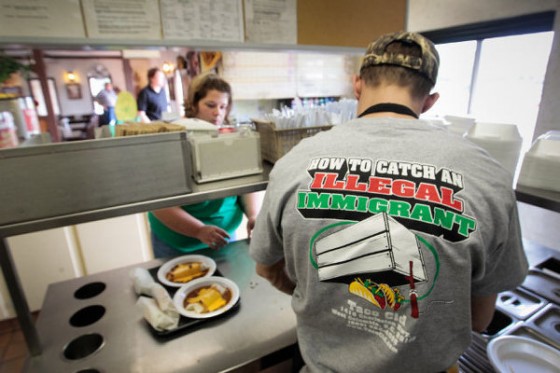 All hell has broken loose in the ultra-progressive city of Columbia. A city where people of all races, creeds, colors and religions live together in perfect harmony. Except for every day, when they don’t. This is the South, people. There’s plenty of bigotry to go around. For some reason, though, the thought of using Elmer Fudd’s famous tricks to capture immigrants without papers has people in an uproar.

From local newspaper, The State:

The shirts have raised as much ire as they have cash.
Protesters began showing up last Friday, decrying the shirts as degrading and racist, and are using them as a platform in the ongoing discussion over immigration reform.

It’s not the first time a company has used racism to boost sales — we’re looking at you Abercrombie & Fitch. The owner of the restaurant, Leanne Snelgrove, isn’t sure what everybody’s so upset about. After all, they’ve been selling like crazy! And everybody knows that when you’re turning record profits, morality goes out the window. 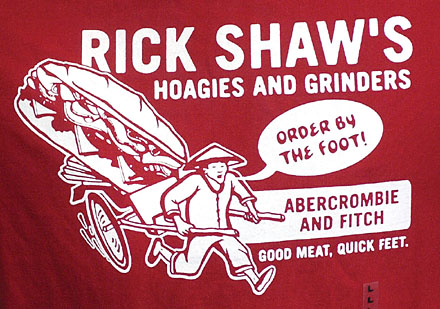 The owner of the restaurant doesn’t quite see it the same way. Nope, this isn’t about racism, it’s about making a political statement. Apparently they’ve never read a dictionary. A quote:

“Snelgrove — who defends the T-shirts as a political statement and denies they are racist — said the restaurant has sold shirts to customers in just about every state in the nation, and even received an order from a soldier in Kosovo.
“And we sold a lot to border patrol agents in Texas,” she said. “It’s a crazy thing. This is crazy.”

Because being insanely insensitive, and completely clueless isn’t quite enough, she offered up this defense of the shirt:

And there you have it. A little racism is okay if it means increased profits for your terrible little taco shack and sweet new threads for border patrol agents.