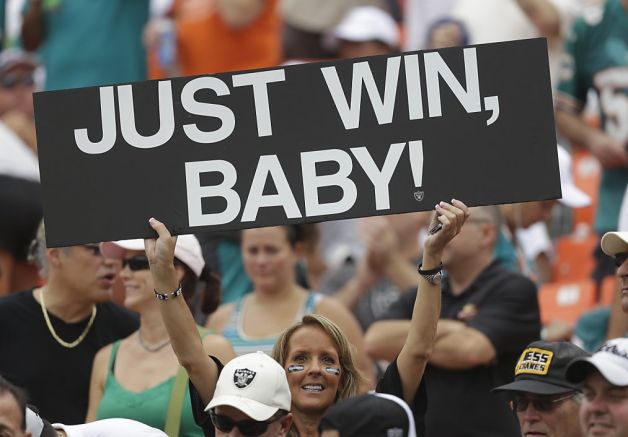 I have no idea where to start this list. My first thought would be for fans that don’t look like extras from Planet of the Apes, but then, at least they’re more dedicated than Jets fans. The Jets unofficial mascot “Fireman Ed” has been freezing his hat off for decades and now decides to give it up this year because of some offensive fans. Meanwhile, this dumb ape has appeared in full regalia in the Black Hole every game this season. 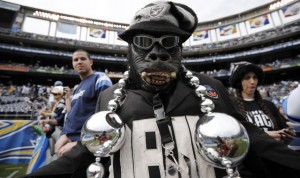 If he can afford front row seats, you’d think he could afford a toothbrush.

What doesn’t make sense is how the Raiders franchise continues to have such rabid fans. Countless misguided first-round draft picks (JaMarcus Russell, if you’re reading this, congratulations on pulling off the greatest multi-million dollar heist since Ocean’s Eleven), and not one playoff appearance since the 2002 Super Bowl. But who’s counting? I am just one of the unfortunate few – the weary Raiders fans waiting for some sort of salvation – and this is my Christmas wish list.

Since their last playoff berth (2002), the Oakland Raiders have had seven head coaches. Dennis Allen, the current head coach, is currently the youngest in the NFL, as was Lane Kiffin during his truncated tenure. 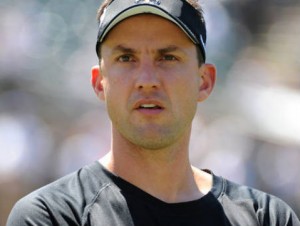 My point is that while Dennis Allen isn’t doing a great job, neither is anyone else in the organization. Of course we hate him, just like we hate Carson Palmer, but let him stick around, so we can at least get used to hating him. Who knows – maybe he'll get stuff right.

I just want a winning season. In the 17 years since the Raiders moved back to Oakland, they have had three winning seasons. Three. They’ve gone 8-8 like four times, but have been over .500 only thrice. The best joke I could write here would be to list the current standings in the AFC West, because of how bad everyone except Peyton Manning’s Denver Broncos are. 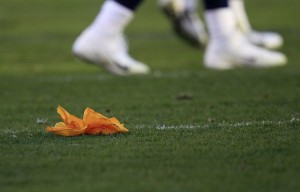 The penalty numbers for the Raiders are absurd. Almost as absurd as picking a kicker in the first round, wink wink. Record-setting numbers in both penalties and yardage is ludicrous. Last season, in total, the Raiders gave up over 1300 yards on 163 penalties. That’s insane. That’s like if every week their opponent had an imaginary 12th player who would come in at the worst possible time and put up 8-plus yards per play, and the Raiders had no way to stop him. 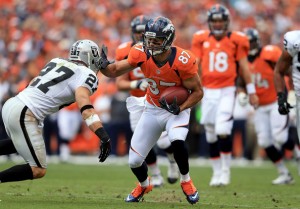 A look at the point-differential totals since the Raiders last went to the playoffs is just brutal; it waxes and wanes like a sine wave, with its apex being the painful 182-point deficit under Tom Cable in 2009. Although the next year, Cable did bring it up to +39. For this season, it’s at -154, but that could improve given their schedule for the next three weeks versus the Chiefs, Panthers and Chargers.

The problem for the Raiders defense is a compound of discipline and giving up big yards in the passing game. That was their problem before the season, and it continues (to some extent) this season. The penalties are slightly more under control, although in Thursday night’s record setting night for Peyton Manning, they gave up 11 penalties for 94 yards.

There could be something said for a defense-oriented head coach. Remember the trip to the Super Bowl, when the Raiders D was ranked number one? Yeah, they didn’t win, but they were relevant. Dennis Allen is the first defense-oriented coach for the Raiders since John Madden. Here’s hoping he sticks around for at least another year to try to turn things around (although we know he probably won’t).

After all of the searching the late Al Davis did for unrelenting speed, we are left (basically) with a young offense designed around Darrius Heyward-Bey, Jacoby Ford, Denarius Moore and Darren McFadden. That said, you can’t go half a season without most or all of them getting injured, leaving you with guys like Rod Streater and Juron Criner at wide receiver and tight end Brandon Myers taking the top spot in receptions -- and Myers ain’t Rob Gronkowski.

Criner certainly has lots to learn in the art of not dropping passes – his numbers are 16 receptions on 34 targets for 151 yards and a touchdown. Streater’s not necessarily much better at 28 of 57, but at least the Raiders are getting some mileage out of him; he’s totaled 96 and 100 yards in his last two games with a touchdown. 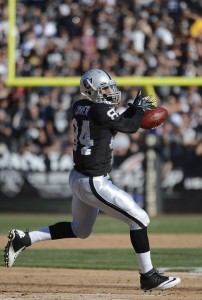 The short version is that the Raiders offense is very young, and has no discernible franchise player to lead them. McFadden’s always sidelined with some sort of malady, and despite Palmer’s veteran status, he doesn’t seem able to herd the sheep effectively. 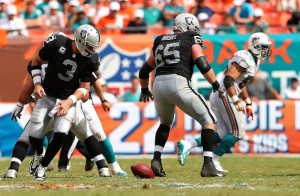 Carson Palmer is Brett Favre without the winning.

Carson Palmer, you seem nice. And yet every time you play, I hear Homer Simpson’s annoyed grunt over and over in my head. For example, on Thursday, your first half drive where you threw a perfect pass 50 yards down the field. I was so sure it would be intercepted I even called it out. But it was caught beautifully. Then, on the next play in an up-tempo offense, Champ Bailey records a pick – "D’oh!"

Frankly, we’re not too far from a Jets quarterback fiasco situation. Nobody’s really sold on anybody. I personally would like to see the Raiders do with Terrelle Pryor what the 49ers are doing with Colin Kaepernick. That doesn’t necessarily mean that Pryor should take over the top spot, but he could make some interesting plays and do the offense some good. Pryor, while very green, has a lot of potential given his days putting up superb numbers for Ohio State.

Maybe I’m too hard on Carson Palmer, who was dropped into a bad situation. Maybe there are some unaddressed problems on the special teams (notably the sky-high kicker/punter salaries). There are a lot of maybes with the Raiders. But really, my only wish? Just win.