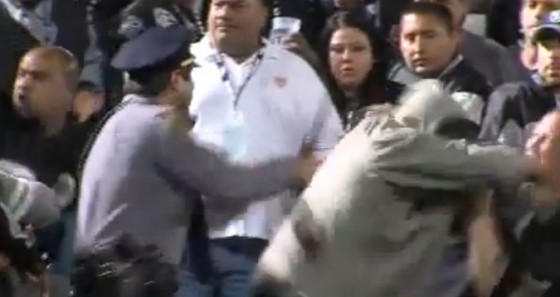 Oakland Raiders fans are notorious for being, uh, spirited. So it should come as no surprise that a good ol’ fashioned fist fight broke out during Monday night’s 22-14 home loss to the Chargers. This brawl has it all, including a chick beating a cop with his own handcuffs and a Howie Long impersonator getting repeatedly blasted in the mug. Hard to blame them, watching Carson Palmer dink and dunk for three hours would make me want to punch someone too.