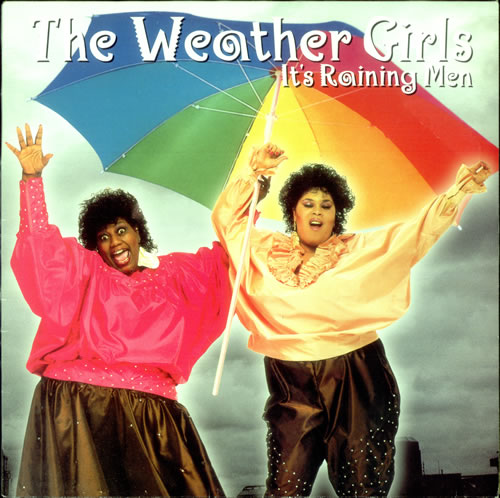 MTV changed the world back in the eighties when they brought the two seemingly unrelated realms of music and video together to provide us mindless viewers with an artistic combination so powerful that the very cosmos weep in its presence. Of course, when you set about blending sound and sight into one single artistic piece, there are bound to be screw-ups (especially in the beginning), and thus, horrific examples of poorly thought out videos are unwittingly brought into existence.

It is with shame (and simultaneous enjoyment) that the best of us find ourselves unable to look away from these sad, soul-sucking examples of human “creativity.” Therefore, since we are clearly incapable of ignoring them, we’ll have to settle for totally making fun of them. Today, we focus on the Weather Girls’ one hit wonder, “It’s Raining Men.”

The video begins innocently enough with the “Weather Girls” posing as (you guessed it) Weather Girls in a mock newsroom. They melodically inform us of an impending storm unlike any other. Judging by the name of the song, we can already imagine where they’re going with this.

The two husky ladies whip out their umbrellas and go full Mary Poppins right out the window, gliding safely to the ground just before all hell breaks loose.

If things weren’t weird before, they get straight-up surreal from this point on with the appearance of men who can only be accurately described as scantily clad detectives. To build upon the shock and awe factor, they’ve made these first arrivals giants posing inappropriately in between the cardboard buildings of the city like massive perverted Godzillas. 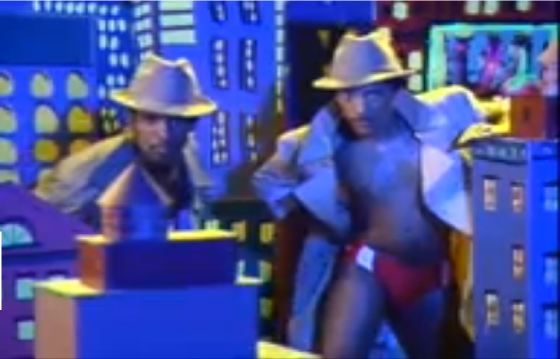 Things quickly progress as Mother Nature herself (who bears a remarkable resemblance to one of the two weathergirls) appears on the scene “fighting all the angels” to make such a thing as a “dong-storm” a possibility. Next, dancing muscular men start pouring out in droves, some even emerging in clouds of suffocating smoke.

Ladies from the newsroom soon join the party as well and dance up and down the streets in jubilant reverie of this unprecedented miracle just before the camera closes in on the model building we’re supposed to believe was the news station the girls threw themselves out of. 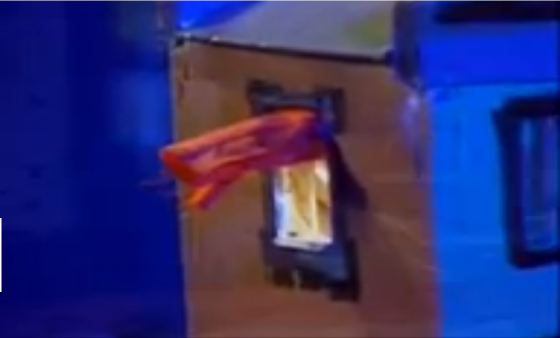 Up close and personal

We then jump straight into a face-to-face confrontation with one of the Weather Girls who sings gleefully in her extra-large nightgown before a pair of hairy man legs with rainbow socks and loafers descend upon her from the heavens.

Next thing you know, men are doing a full-fledged ring-around-the-rosy dance around her colossal heart-shaped bed and her fellow weather girl has joined her atop the rich satin sheets. By now, anyone watching is fully captivated by this highly disturbing display; watching the men climb onto the bed and engage in some appropriately horrifying light petting with the toppled weather girls. “Surely, this can’t get much worse?” you ask yourself (simultaneously referring to both the music video you’re enduring and your own hopeless life). Like hell it can’t! 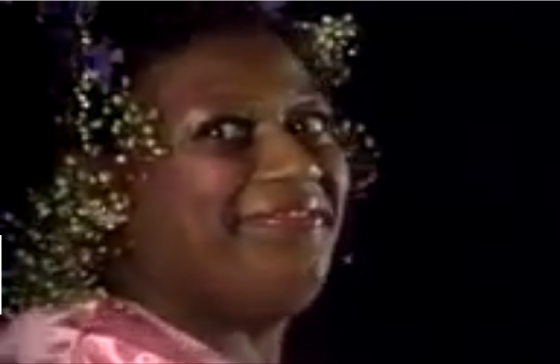 Next is a close up of the other weather girl who decides to go all-out and give the camera a smile that expresses all the emotions experienced by a lunatic in an insane asylum. She quite literally looks like she’s plotting to find and torture/make-love-to/murder batman.

This brutal assault upon the senses carries on with continued man-stripping, joyous parading and about 4 seconds worth of one man’s back muscles bobbing in front of the screen before it begrudgingly fades into black (much like the self-dignity you once felt you had).

The only thing that this video lacked in its attempt to completely obliterate all shreds of hope harbored in the most innocent of human minds was an ending featuring a real hand holding a real gun emerging from the screen to put us out of our misery.

Here it is in moving picture glory…

Where are they now? 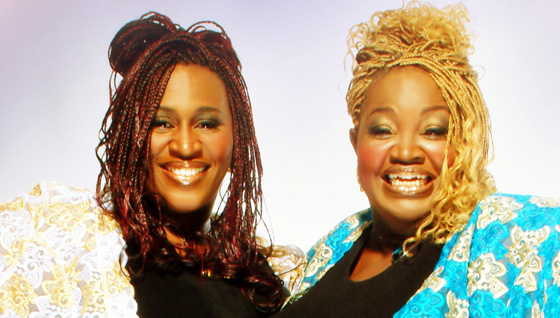 After a fairly eclectic career and the massive success of this particular 80’s hit (it ranked a surprisingly mediocre 46 on the billboard hot 100 by the way), Izora (the lunatic staring one) finally passed away in 2005. At least she died knowing that she made a very large portion of the gay male community just a little bit happier. Martha Wash (the other girl) is currently setting the industry ablaze (in other words, she’s still making obscure music somewhere).