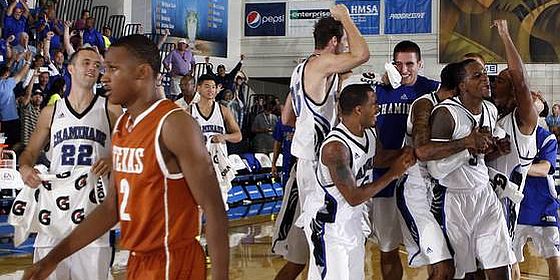 In the annals of college basketball there are few upsets that rank with the time, 30 years ago, that tiny Chaminade upset #1 ranked Virginia. The star of that Virginia team, Ralph Sampson, returned to Hawaii this week to take in the Maui invitational on the anniversary of the biggest loss of his career, expecting to see Chaminade take their customary beating by a mainland power.

The results were different than everyone expected, however, as the Swords upset favored Texas 73-86, after leading for most of the game. That decisive victory wasn’t as earth shaking as the Virginia upset, but still must have caused unpleasant flashbacks for Sampson. Caught on camera by a media member, Sampson barely reacts as Chaminade students storm the court after the game.

Sampson, and the rest of the fans in attendance, can be forgiven if they were in shock at the results. Even the teams own website, goswords.com, posted the results as a Texas victory in the hours after the game. 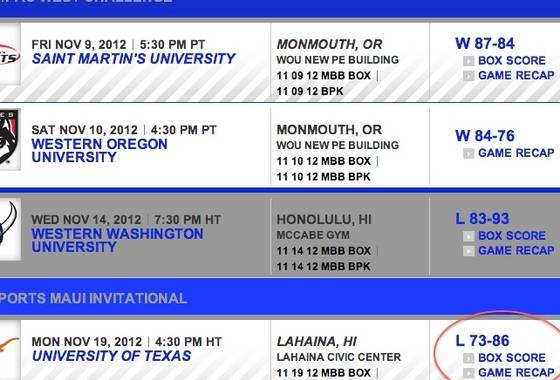