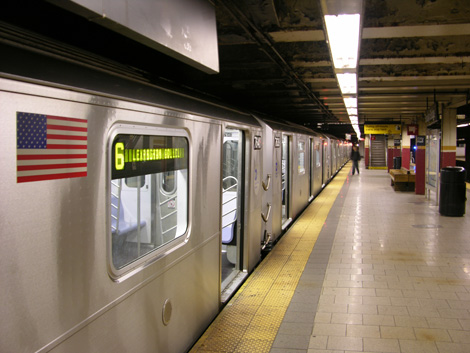 Another few weeks on the buses and subways, another few things to rant about…

What is with people bringing their bikes on to the subway? Here is an idea: if you are going somewhere far enough that you won’t want to ride a bike back, don’t ride a bike there in the first place. I don’t need you taking all that space up on a subway, knocking into everybody with your handlebars and pegs, when you constantly have to bring the bike on and off at each stop. Keep the bike at home, Lance.

The concept of giving up one’s seat on a bus is quite the dilemma. I can honestly there is nothing worse than standing up for a 30-60 minute bus ride first thing in the morning or after a long day of work. I would rather jog back to New Jersey…and I am very out of shape. However, when it comes down to it, you will see people giving up their seats all the time to prevent certain people from standing. Here are my parameters: if you are pregnant or over 70, you can have my seat, if it really appears nobody else will give their seat up.

Little kids have enough energy to stand the whole time.  Women don’t automatically get seats, that is discrimination as the feminist movement fought long and hard to make sure they were treated like equals to men. Now you might say what about an exceptionally attractive woman? I say no. First off, there will be 19 other idiots battling to give up their seat for her, like she is going to reward them with the chance of hooking up with her. She is going to say “thanks,” sit down and text her boyfriend or husband who has enough money to avoid riding the bus.

Honestly your best bet in the giving up the seat situation is just pretending like you are asleep. Treat it like you are a little kid at a sleepover and you hear the parents coming upstairs. Everybody immediately drops like the toys in “Toy Story” when a parent walks in…do the same thing here. Nobody is going to wake you up to ask for a seat.