Sports > Basketball > Ranking the No. 1 NBA Draft Picks of the 21st Century

Ranking the No. 1 NBA Draft Picks of the 21st Century 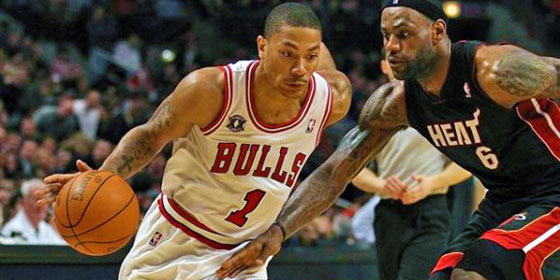 There really isn’t much of a question about who the top selection in the 2012 NBA Draft will be, since it’s been known for a very long time that Anthony “Unibrow” Davis will be going first overall to the New Orleans Hornets. But what we don’t yet know is where he’ll stack up among the other recent top overall selections. Will he rank among the all-time greats? Will be turn out to be mediocre? Or will be become a Michael Okowokandi-level bust? We’re leaning toward him having an excellent career, but for now, let’s take a look at the number one picks from the 21st century. 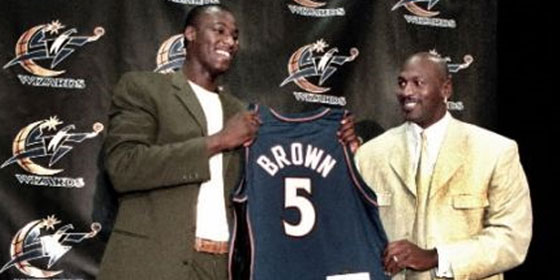 If ever an NBA GM should have quoted Arrested Development ("I've made a huge mistake"), it was in 2001 when Kwame Brown was taken as the top overall selection of the Washington Wizards. Brown was the first high schooler to ever be taken with the top overall pick, and based on his production - or lack thereof - we're a little shocked anyone risked taking a high school kid with the top spot ever again. Frankly, he's more of a punchline than anything else, and basically no one actually realizes he's still in the league. For his career, he's averaged 6.8 points and 6.3 rebounds per game, and only reached double digits in scoring for one season. 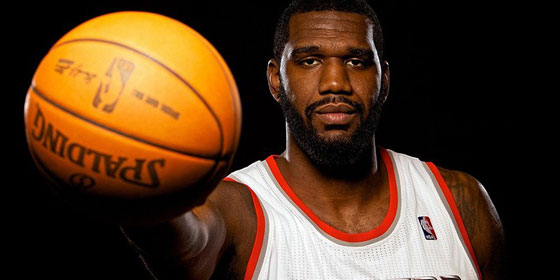 Greg Oden seems like such a good guy that you really want him to succeed, you know? Sure, we can be envious of his enormous penis, which he inadvertently shared with the world, but he's a bright and humble guy who has been plagued by injury after injury. The fact that he was about 45 years old his rookie year didn't help matters, either. Oden has played in only 82 games in his career, averaging 9.4 points and 7.3 rebounds per game over that span. 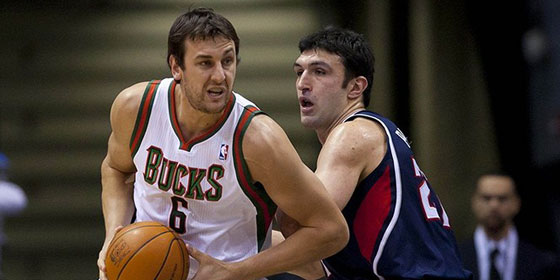 Is Andrew Bogut a bad player? No, not by any stretch of the imagination. He's actually a solid center, and seems to be a fan favorite wherever he goes. But inciting fans to cheer a little louder and being a seemingly nice guy does not a first overall draft pick make. Bogut has had a nice little career, averaging 12.7 points and 9.3 rebounds per game since he entered the league in 2005, but that's hardly the type of production you'd like to see from someone you once deemed the most elite prospect in an entire draft. 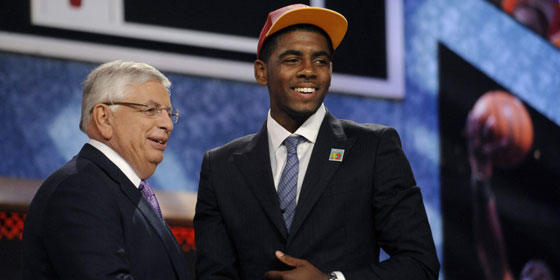 Kyrie Irving is a very good player, on the verge of becoming potentially great. There is no denying this fact. What you also cannot deny is that he's only played one season in the NBA, for a really bad team, so we just can't rank him any higher at this right now. If we were to do this again in, say, five years, there's a good chance he'd rate four or five spots higher. He was the Rookie of the Year last season, averaging 17.5 points per game for, again, a truly awful Cavs team. Sorry, Kyrie, but until you're producing like that for a team that is at least sniffing the playoffs, we just can't rank you any higher. 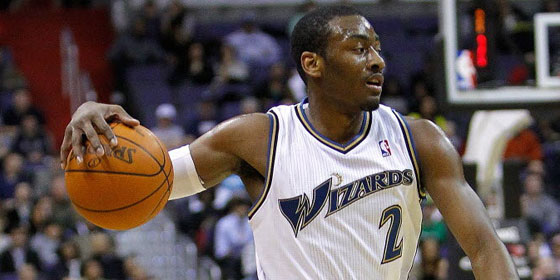 If you want to talk about freak athleticism at the point guard position, look no further than John Wall. The top selection in the 2010 draft has put together two strong seasons for the Washington Wizards, but just like Irving, until he does it over a longer time frame and for a team that doesn't totally blow, we just can't rank him any higher. Over his first two seasons, the former Kentucky Wildcat has averaged 16.6 points, 6.5 assists and 4.3 rebounds per game and would have won the Rookie of the Year Award were it not for some dude who sells Kias and dunks really, really hard. 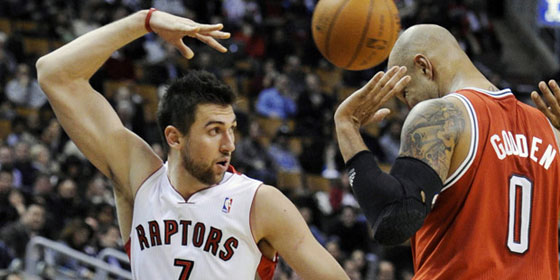 Quickly - is Andrea Bargnani a WNBA player, or the top overall selection of the 2006 draft? If you answered with the latter, you're correct. Bargnani gets the slight edge over the likes of Wall and Irving simply because he's been producing for much longer, and his numbers are actually pretty damn good. The former runner-up for the Rookie of the Year Award boasts career averages of 15.4 points and 4.9 rebounds per game, and in two or three years we can guarantee that both Wall and Irving will jump him on this list. But like we said, we take into account longevity, and Bargnani has been scoring at a high level for several years now, including a career-best 21.4 points per game in 2010-2011. 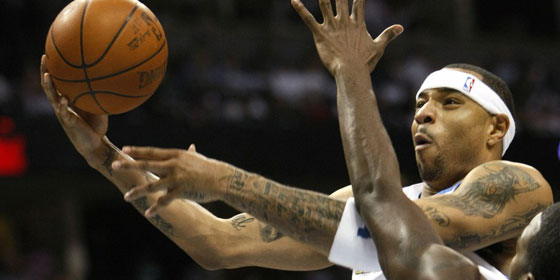 And here's where it continues to be tricky. How do you really judge a guy like Kenyon Martin? He's been an All-Star, and he's been an anchor on some solid teams, including those Nets teams that went to the NBA Finals. His production is not as impressive as some of the other guys behind him on this list, but when you factor in his defensive presence and energy, you've got to boost him a few spots. And, again, he's been doing it consistently since he entered the league in 2000. For his career, K-Mart has averaged 13.0 points and 7.1 rebounds per game, and has gone to the playoffs every year since 2002. 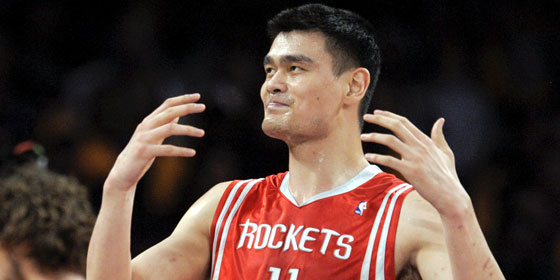 Lingering injuries are a bitch, plain and simple. Yao Ming, taken first in the 2002 draft, could have potentially been one of the greatest centers of at least the past 30 years until injuries slowed him down and, ultimately, forced him into an early retirement. When he was healthy, he was an often dominating force both in the post and in television commercials. And seriously, the dude looks just like the Chinese version of Tom Brady. Really, just stop and look at the two side by side and tell us we're wrong. For his career, Yao averaged 19.0 points and 9.2 rebounds per game, but only played 80 or more games in three of his eight professional seasons. 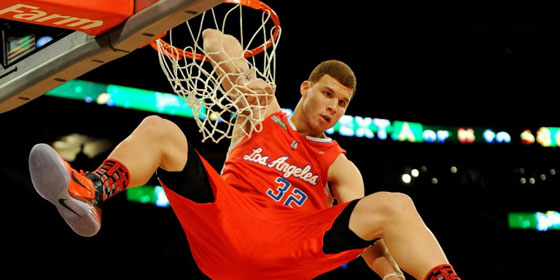 Are we a little biased because Blake Griffin is one of the most fun and exciting players to watch in the NBA? Of course we are. Don't tell us you don't get a little amped up watching Clippers highlights because you know there's at least a 90% chance Blake Griffin is about to show you an insanely athletic dunk that no one else in the entire league could have completed. The two-time All-Star and former Rookie of the Year may not have the most refined game, but he's still averaging 21.7 points and 11.5 rebounds per game in his two years in the league. And seriously, those Kia commercials? Hilarious. Someone get this man on SNL stat. 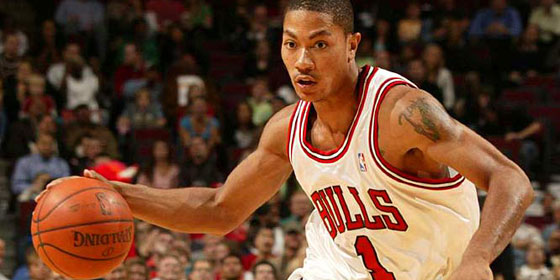 This one might have been the toughest toss-up yet. With D-Rose and our number two top overall selection, we just kind of went back and forth, but ultimately slotted Rose into the third spot because, again, longevity. That, and the fact that our number two has the potential to be the most dominant big man on the planet if he ever gets his head out of his ass and stops being so mopey. But we're here to talk about Derrick Rose, the former Rookie of the Year who has won an MVP and led a resurgence of the formerly laughable Chicago Bulls. For his career, the uber-athletic Rose is averaging 21.0 points and 6.8 assists per game, though sadly, it looks like injuries may shorten his career the same way they have other potential greats like Yao. 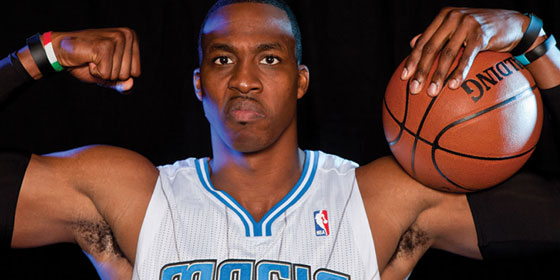 Yes, this is the mopey guy we were talking about. Seriously, Dwight, did you ever see Superman whining and crying and trying to hold a franchise hostage because he just didn't want to play there? The way Howard has handled his situation in Orlando was almost enough for us to drop him from this spot on principle alone. Still, he's been a dominant force on the court when he has decided he wants to actually play, and the former top pick from 2004 has averaged 18.4 points and 13.0 rebounds per game in his career, including career-bests of 22.9 points in 2010-2011 and 14.5 rebounds last year. But seriously, Dwight, get your head out of your ass and just play the damn game or else next year we'll have to let D-Rose leapfrog you like Blake leapfrogs Kias. 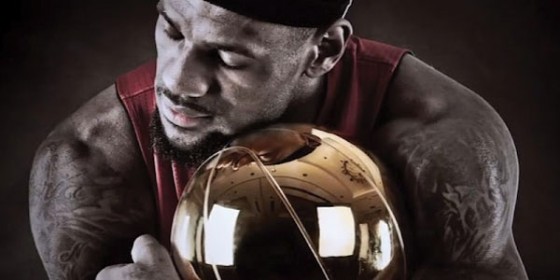 Seriously, is there any doubt? Look, we hate the way he and D-Wade and Chris Bosh handled the whole South Beach thing as much as you do, and The Decision was one of the worst decisions any elite athlete has ever made, not because he chose to leave Cleveland but because he thought he was big enough to warrant an hourlong TV special all about it. Still, no one can ever deny that King James, taken first overall in 2003 (the same draft that produced both Wade and Bosh, along with Carmelo Anthony and, er, Darko Milicic...ahem...) is one of the greatest players to ever lace up his sneakers. He's won three MVP awards, he was the Rookie of the Year, and while he only just recently won his first NBA title, he led two other teams to the finals before this season. He's a Gold Medal winner at the Olympics, and for his career, he's averaged 27.6 points, 7.2 rebounds and 6.8 assists per game. That's what we like to call dominant. It pains us to say it, but LeBron is not only the best number one draft pick of the 21st century, but arguably the best overall number one pick of all-time.