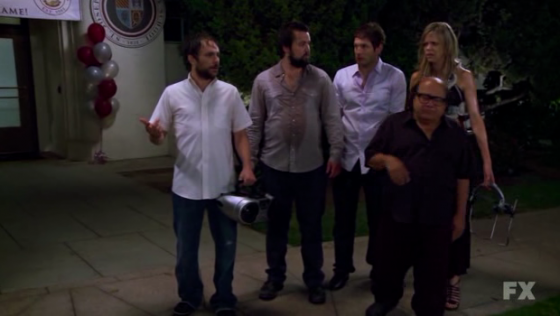 Now that Christmas is mercifully over, let’s get back to talking about stuff that doesn’t involve Santa, gifts and your alcoholic Uncle who ruins the holidays every year.

It’s Always Sunny in Philadelphia finished off its seventh season a couple of weeks ago with the second part of their “High School Reunion” episode. The gang always has some sort of big event planned for the finale. This episode was Plan B, a hilarious choreographed dance to try to win back their old high school classmates. Where did it line up with some of the great season finales the show has done? 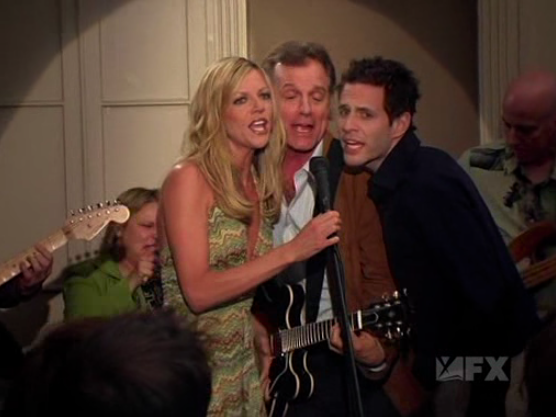 This finale lacked in craziness but it did sort of set up the dynamic for the rest of the series. Here we learn that Frank is not the real father of Dennis and Dee. Instead, it’s Bruce Mathis who is an incredible guy. Dennis and Dee decide they don’t want to be good and beg Frank to take them back. When Frank reunites with a sexual partner, Charlie’s mom, we learn that Frank is actually the father of Charlie. And that’s a relationship that continues to pay dividends to this day. 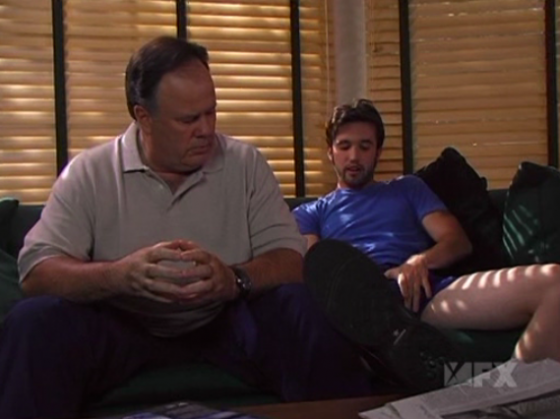 The early days of Always Sunny were a bit darker. It doesn’t get much darker than Mac upset that the coach, played so appropriately by Dennis Haskins of Saved by the Bell fame, didn’t molest him. When he shows up at his door in those gym clothes...wow. Also, this episode featured the McPoyles and that’s never a bad thing. 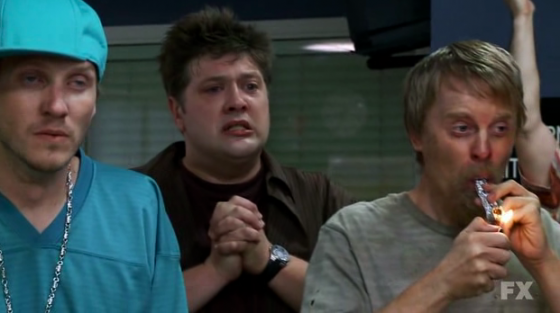 A natural culmination of the season’s events. Dee was pregnant the whole season because Kaitlin Olson was pregnant in real life with her and Mac’s baby. Getting to see all of Dee’s ex-boyfriends and partners was pretty great. Lil’ Kev is always good to see. Cricket sucking on a crack pipe in the hospital was strong. The beauty here is seeing that Dee is just as rotten as the rest of the gang. Strong move making her the surrogate for the tranny. 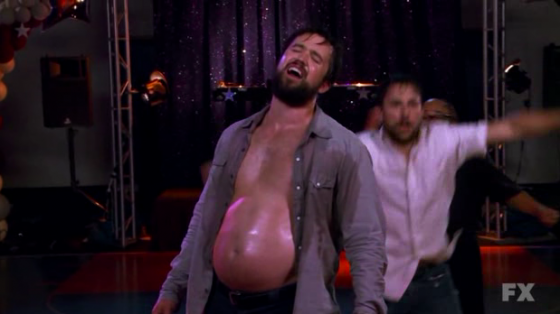 I was on the fence a little about the episode until Dennis got his comeuppance. When he goes and gets his fetish tools out of the secret compartment and claims the people have to "pay the ultimate price," I knew the episode was heading in a good direction. The Plan B dance was a thing of beauty. I was so glad when it popped out of the dream into reality and it was just Fat Mac kind of gurgling while everyone else was just sweating and vomiting. Ending it with, "Let’s go back to the bar," was perfect.

“The Gang Reignites the Rivalry” – Season 5 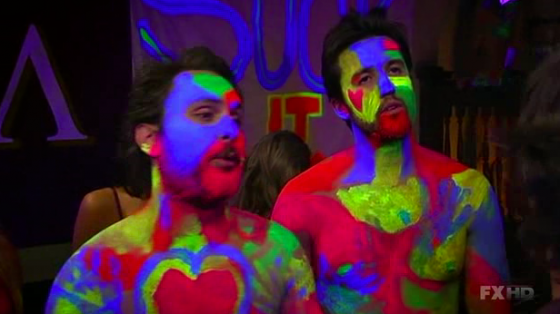 "Flip-flip-flip-adelphia!" The trashing of the old rival bar. Frank’s skinny jeans. Dennis and Frank getting tasered by the UPenn frat guys. Dennis getting hyped up on "Riderall." "Idiots. idiots!" Charlie trying to go Good Will Hunting on the frat guys. "What’s your major dude?" The gang poisoning Dee. Another great, all the while, frantic episode. 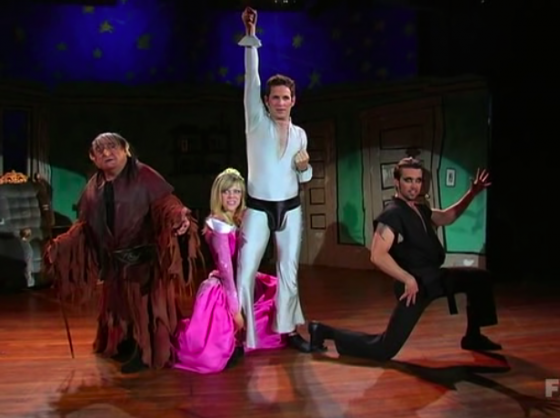 A creative zenith for the show. It took everything they’re great at and put it into musical form. Frank’s song about the "Boy’s Soul/Boy’s Hole" is one of the funniest moments of the series. Charlie’s proposal. Mack and all his ninja glory. An epic episode. It’s also great that they went on to perform this live for a few select shows.

“The Gang Dances Their Asses Off” – Season 3 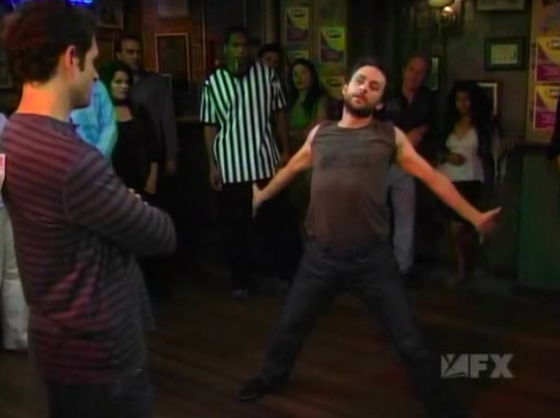 An all-time classic episode. Easily a top five episode of the series. In fact, it was the episode that finally convinced me this show was going to be one of my favorites on TV. The Sklar Brothers as the DJs. Charlie’s "White Hot Cream of an 8th Grade Boy" dance. Rickety Cricket. Charlie on sedatives. But really, the amount of different ridiculous dance moves the gang had to come up with while filming the episode was nothing short of spectacular. I know a lot of people will have "The Nightman Cometh" at the top, but this is just more complete to me.