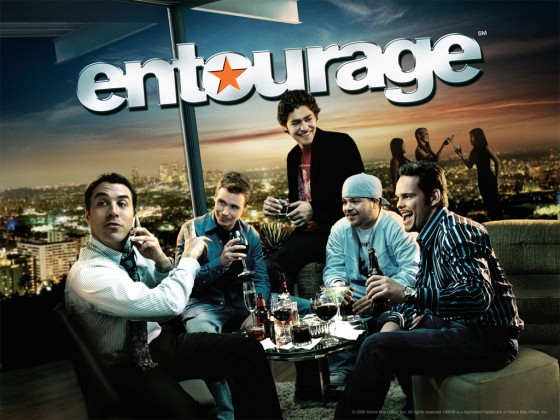 The final episode of any season (and series) is always special, because it’s the one meant to leave a lasting impression on viewers and hold them over until the new season (or movie). Now that Entourage‘s run is complete, let’s look back and rank each of the season-enders, which are supposed to either tie up loose ends or create drama (no pun intended) to talk about during the sabbatical.

Season plot: Vince has a stalker and the boys try to protect him. It turns out to be a sorority prank. LAME. Lloyd tries to get promoted. Ari buys his old company.

Ending/cliffhanger: Ari goes on a rampage with a paint gun in his old office which he now runs, and all is well with the world of the Entourage boys. Lloyd also gets to be an agent. Finally.

This season was pretty bad, but it’s Entourage, so it still had its good moments.

Season plot: Vince really likes a reporter who rejects him. Turtle tries, again, to make it on his own. Johnny has tension with coworker Andrew Dice Clay. Eric deals with not being with Sloan, again. Ari deals with being separated.

Ending/cliffhanger: Vince goes to Paris to get married to a girl he just met. Turtle is set for life (resolved in the previous episode). Johnny is finally getting regular work (also resolved in the previous episode). Eric’s issues are completely unresolved but end on an up-note. Lloyd gets to represent opera singers and will likely be Vince’s agent (you know he will). Ari saves his marriage, but gets the proposal of a lifetime.

Too much is bound to happen, especially involving Eric (as if we care), Lloyd (needs a spin-off),Vince (who will get divorced and go back to his old ways), and Ari (who will take the job). This ain’t no Sopranos, there WILL be an Entourage movie (for better or worse).

See Gunaxin’s list of things that needed to happen in the final season.

Season plot: The boys are introduced with a typical first season of a series – a show we vow to keep watching through the good times and bad.

Ending/cliffhanger: Vince hires Eric to be his manager and the world is good.

This was a great opening season and a fine finale, but once again, nothing to think much about other than the fact that we can’t wait for Season 2.

Season plot: Ari tries to get Vince to make Aquaman but it proves to be a challenge for various reasons, including the fact that Vince has a crush on his co-star, Mandy Moore.

Ending/cliffhanger: Vince doesn’t quit Aquaman, after all, and the world is good.

Not a bad season, but considering that it hinged on Vince choosing to quit a HUGE movie over a girl just didn’t seem plausible. We weren’t surprised when he didn’t.

Season plot: After Medillin flops, Eric pushes to get Smokejumpers made with Vince, but things don’t work out.

Ending/cliffhanger: Broke and back in Queens, Vince gets a surprise call from Martin Scorcese, who saves his career, and the world is good.

The season finale was fairly good because it showed that the boys were serious about going home when they had nothing left. For a minute there we may have actually believed that the world wasn’t going to be all right. Then ol’ Marty swoops in and we all breathe a collective sigh of relief. Nothing to think about until next season.

Season plot: For some reason, this was considered one season, though it certainly didn’t feel like it. Season 3, Part I ends with Vince firing Ari for dropping the ball on the Ramones script. Part II ends with Vince picking Billy Walsh to direct Medillin.

Now THIS felt like a season finale. Melodramatic, but we know Ari will be back.

Another one of these ‘the world is all right finales, but there is a hint that Billy is about to screw up big time.

Ending/cliffhanger: Ari separates from his wife and Vince makes a drug-fueled scene at Eminem’s party.

Great ending because it was far darker and the world is not all right. Addiction is something that even non-movie stars can relate too (which I’m sure would be a lot easier with Sasha Grey).

Ending/cliffhanger: Medillin turns out to be a horrible movie and they lose all but a dollar.

This season finale answered a major question that lasted all season, provided comedy, showed the boys won’t always get what they want and life isn’t always a fairy tale in Hollywood. After all, it’s hard to make a movie, as Harvey says. And it’s certainly hard to make a good TV show.

But the folks behind Entourage certainly did.