Sports > Baseball > Ranking the Top Players in the 2011 World Series

Ranking the Top Players in the 2011 World Series

The St. Louis Cardinals will be hosting the Texas Rangers when the 2011 World Series begins. In a scenario that few predicted. the last-minute wild card slip in Cardinals have found a matchup with the back to back American League champion Rangers.

Say what you will about the ratings, this will no doubt be an exciting series. Each team clinched their spot with a double-digit offensive performance, so we should see plenty of offensive production against rotations that have struggled in the postseason.

These rankings take the regular season into account just as much as the postseason, so those who have caught fire may still find themselves in a humbling position. Of course fielding and baserunning are key components as well.

So, who are the best players playing on baseball’s biggest stage? 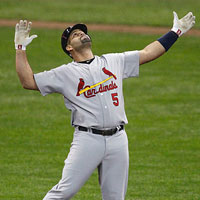 Undoubtedly the best player in baseball from where I’m standing.

Hasn’t been playing up to his MVP standards, which could be a scary thing for the Cardinals.

One of the most dangerous hitters in baseball, spent part of the regular season sidelined on the DL.

Although they couldn’t retain Cliff Lee, Beltre has been a great addition to the Rangers offense, and has one of the best gloves in the league. 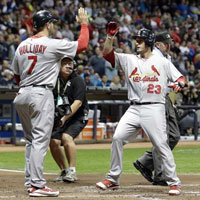 Has been a huge addition to the Cardinals after a poor season with the Astros and Yankees.

Quietly hit over .300 this season while maintaining his status as the best defensive catcher in baseball.

His stock has risen after his monster ALCS performance, but it will be interesting to see how he fares in a new setting in the World Series after struggling mightily in the ALDS.

Has been a good hitter his whole career, and has become the Rangers’ full time catcher. 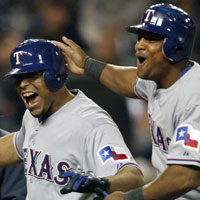 Struggled throughout the playoffs leading up to the deciding ALCS game six, where he turned in the biggest game of his postseason career.

Put his second career 30-30 season on the board after struggling to hit for a solid average in the regular season.

Hit nearly .300 in the regular season, and was awarded NLCS MVP honors after dominating at the plate during the series. 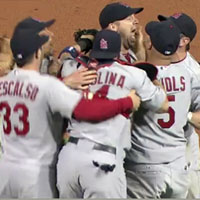 Forced to step into the role of an ace with absence of Adam Wainwright, Carpenter responded favorably and is 2-0 this postseason.

A big payday is headed in the direction of Wilson, but if he can’t improve his postseason performance in the World Series the numbers will start to decrease rapidly.

A trade deadline acquisition for the Rangers, Adams has been one of the best relievers in baseball this season.

Few run the bases as well as Andrus, and his fielding range is impeccable 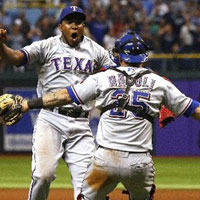 His fielding has been spectacular to go along with a productive batting average.

His move to the bullpen has gone smoothly, playing a crucial role thus far in the postseason.

His stuff is there, but control has been an issue for Feliz.

He’s inexperienced, but has shown composure in big games.

The most efficient reliever in the Cardinals’ bullpen, Motte flat out dominated the Brewers in the NLCS.