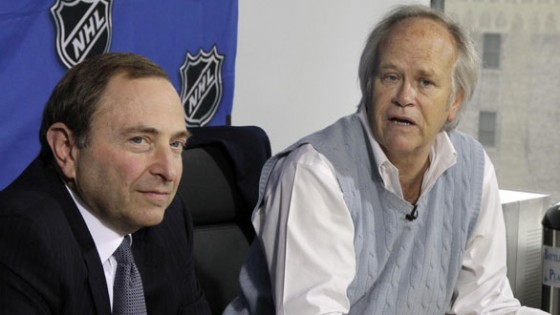 According to Canada’s The Globe and Mail, NBC & Versus have secured a new television rights deal to continue broadcasting NHL games in the United States after agreeing on a total of $2 billion over the next 10 years. ESPN was in the running until the very end but ultimately pulled out after it became clear NBC/Versus has no intentions of backing down.

The current deal has NBC/Versus paying $77.5 million each season, while the new agreement will see the venture paying in the neighborhood of $200 million per season.

We can take away several facts from the deal. 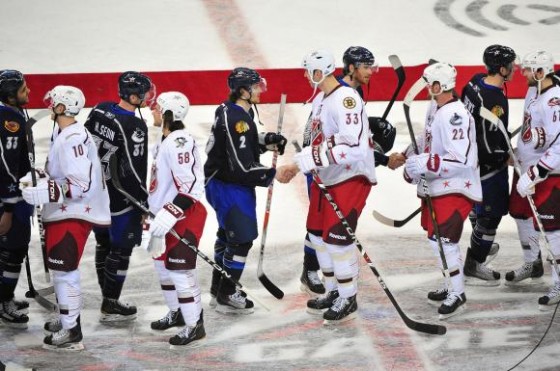 When a television contract and the word “billion” are used in the same sentence, you know you are doing things right. Also knowing that ESPN was in the running until the very end should be a huge indication that hockey is back and has significantly recovered from the lock-out.

While it still might not be on the same page as any of the other four major sports, it’s clear that hockey won’t be going away anytime soon. 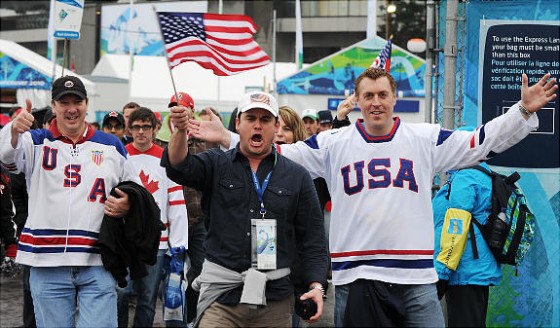 Positive News for the Die-Hards

In case you haven’t noticed, ESPN has its collective finger in just about every sport under the sun – and then some. From baseball, basketball and football to even the more obscure poker, bowling, WNBA and soccer, ESPN has made itself the home of any and every sport on television.

While its nice to see such sports garner national attention, it’s pretty obvious what would happen if the NHL landed on ESPN as well. With so many sports all in one place, it’s easy to assume that the NHL would receive watered down coverage.

For example, the NBA playoffs and NHL playoffs take place at the same time. Sure, ESPN does benefit from having secondary channels as well as an online option, but does anyone out there really think that ESPN would focus on a playoff game between Nashville and Anaheim if Kobe Bryant or Lebron James had a game at the same time? I didn’t think so.

The NHL should enjoy being the lone major sport on Versus and it should receive the attention it deserves. On the same token, Versus will treat hockey very well and make the most of having a major sport on its network. 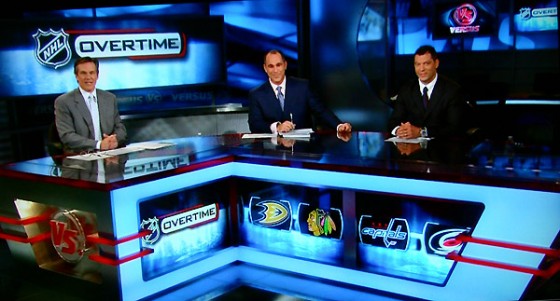 At one time, Versus was a channel most hadn’t even heard of. Gone are those days. Versus is no longer just an obscure channel that features fishing and cycling, but has risen up as the home of hockey – and the viewers have taken notice. Most cable packages feature Versus while say the NFL Network channel, home to Thursday night football, is still available only to those that have some of the largest and most expensive cable programming packages. With the pending name change to include NBC, its likely that Versus will be even more recognizable and available to American viewers. 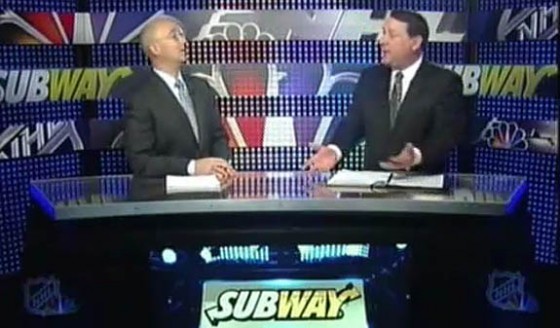 More of these Jokers

Ok, so I guess it’s not all good news. Will it be 10 more years of these guys?