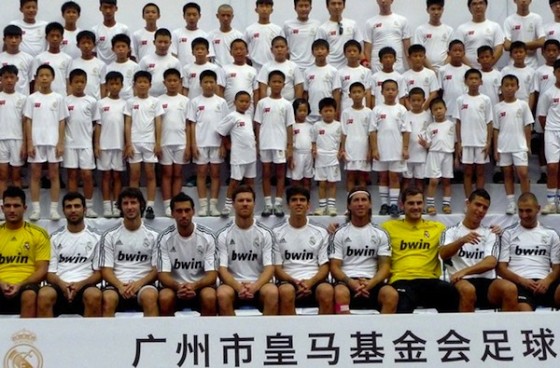 Things you don’t see everyday: 109 Chinese children taking on a squad of players from Real Madrid in a soccer match. The end result is just as ridiculous as it sounds.

While on their international tour, Real Madrid decided to take some time out for the youth in the area – 109 of them to be exact. The number celebrates Madrid’s 109th anniversary and what better way to celebrate by having a bunch of famous athletes destroy a bunch of children in a game of soccer.

OK, maybe that’s being a bit too harsh as the players obviously had some fun with it and didn’t take themselves too seriously. The end result was a 2-1 victory for Madrid.