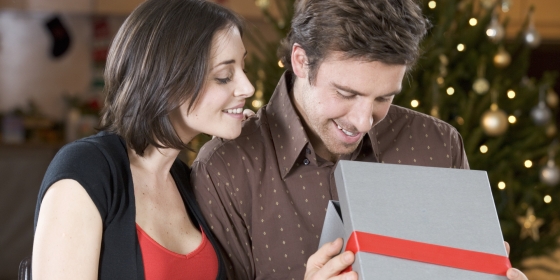 We all know Christmas is for the children. We love watching their little, cherubic faces light up with glee as they tear into their presents Christmas morning and the joy that follows when they walk away from the nightmarish disaster they’ve left in their wake. Children are lovely, beautiful pieces of money-grubbing shit. We kid, of course. But ya know what? Screw all that noise about the holiday being for them. Men love Christmas, too! Men want awesome stuff! So damn it, get your man awesome stuff!

But let’s think about this for a minute. To some, Awesome Stuff could mean video games, TV’s, music players, or other such useless pieces of crap. Look, this is kids stuff here! Men don’t want garbage like that! They want Manly Stuff for Awesome Men made to be Awesome! So pay attention, people in men’s lives, and check out what real men really want for Christmas!

Men drive kick-ass cars, and as such, said kick-ass cars need awesome tires. In fact, some men’s kick-ass cars need awesome tires that are all different sizes and sometimes different prices! Tires are expensive, son! So stock up on some sweet treads for your awesome man for Christmas. It’s easy: look at the tires, write down the numbers on the side, and order them! Just in case, you might want to order two of each just to be safe. Your awesome man likes to do burn-outs, Tokyo drifts, and epic spins, and those moves are hell on tires. He will appreciate it and might just let you tag along on a drive once in a while. If your man likes to get dirty, then he wants some badass off-road tires like these :

Pitbulls are awesome dogs! All aspiring rap artists have at least two or three, so there is no reason why your awesome man shouldn’t have one, too. Get one as a puppy and train it to be as awesome as your man by teaching it to fetch, speak, sit, roll over, count fat stacks, and protect your suitcases full of C-notes from bad guys. A pitbull can do that for you because they are loyal, kick-ass, and awesome. Just don’t wrap it in a box and set it under your Christmas tree. A pitbull in a box will tear your face off. Unless it’s inexplicable Latin music sensation, Pitbull in a box. Then no one gives a shit. 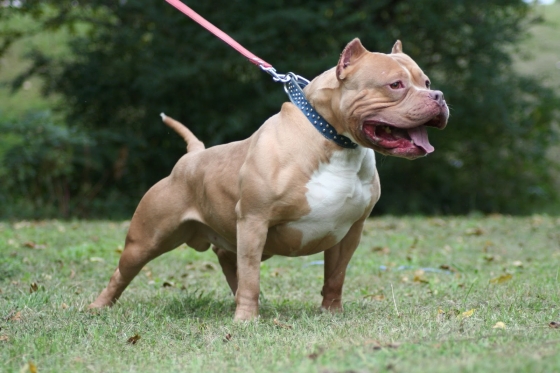 Your awesome man loves sports. You’re not stupid, you know this. This is the very reason why, when you’re trying to ask him something or attempting to regale a story from your day, he is looking around you at the hockey game or the NCAA Championship. He cares, somewhere inside, trust us. It’s just that he cares about the three grand he has riding on the Michigan – Ohio State game a little more. So why not bow to the pressure and acquire the ownership to a sports team for him for Christmas? He will jump for joy and possibly even pleasure you orally it’s just that awesome of an idea. We hear Seattle is looking to get another basketball franchise going, and possibly an NHL team. Maybe look into that. 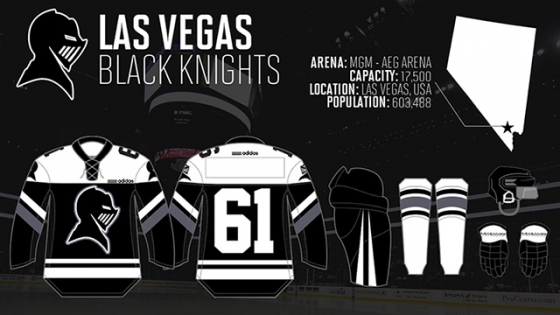 If your man is already set in the porn membership arena (and many are, they just don’t show you the credit card statements that say, ‘Nondescript Special Adult Fun Site’. That could mean anything, honey!), then what you really need to get him is awesome sex. You could write a coupon book with daily clip-offs offering sex in all manner of positions, areas in the home and neighborhood, and various gaps and crevasses on your person. You could dress in several different pieces of sexy, lacy items with tails and ears! Sex can be whimsical! Be creative with your sex time with your awesome man. Let him think he’s pleasured you thoroughly even if you’re dreaming about Daryl from The Walking Dead. Pump his ego while he pumps you like the champ you’re making him think he really is. Your man is awesome, if not a little too quick.

The most awesomely manly food out there is meat. Meat comes from dead animals and dead animals roasted over heat is delicious. Your man knows this, and the chances are pretty good he has never ‘tasted’ a fruit or vegetable. Oh, he’s eaten them, but only because they’d gotten in the way of his meat. That being said, this isn’t about veggies or fruit, this is about meat. There are several ways you can get your hands on actual full boxes of meat, up to and including the internet, restaurant supply stores, farmers markets, and probably the Mafia. Find a box of awesome meat that has the largest variety of ‘cuts’ such as ‘chops’, ‘butts’, ‘loins’, ‘roasts’, and, ‘sides-of’. This is the kind of gift that, when opened by your awesome man on Christmas morning, might get you a smile and a pat on the ass. Good for you! 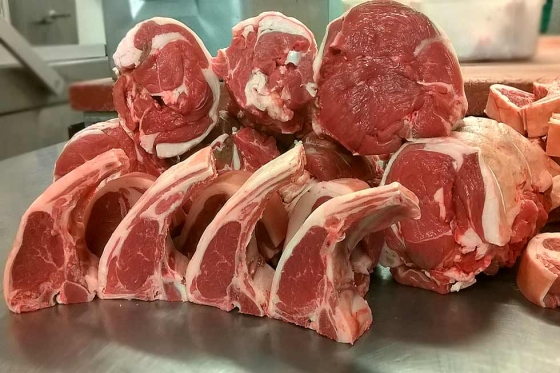 Um… we, as men… um, as AWESOME men, love both of these things. And no, they aren’t necessarily mutually exclusive. However, you need to be really careful where you rub, place, slide, and smear the meat you bring to the sex party. Chicken is never a good idea. 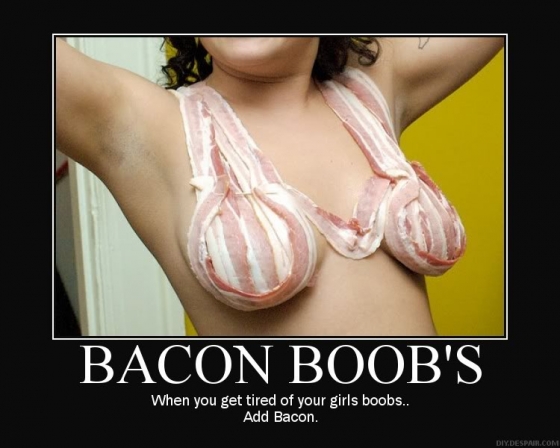