Media > Comics > Who is the Real Superman? 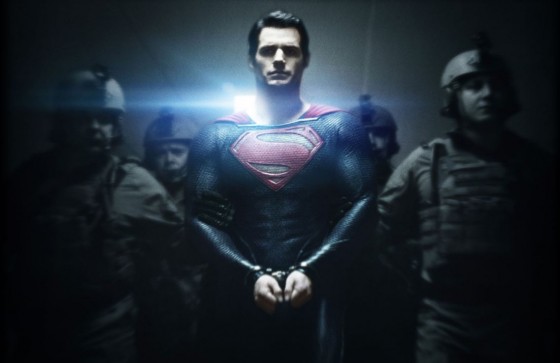 Superman has made a comeback to the big screen in recent years after Warner Brothers had been in litigation over keeping Superman out of the public domain for years. However, very few people know that the only Superman Warner Brothers and DC Comics does not own outright is work that Jerry Siegel and Joe Shuster produced before they became employees of DC Comics. In honor of Superman Day, we thought we’d take a look back at that history. 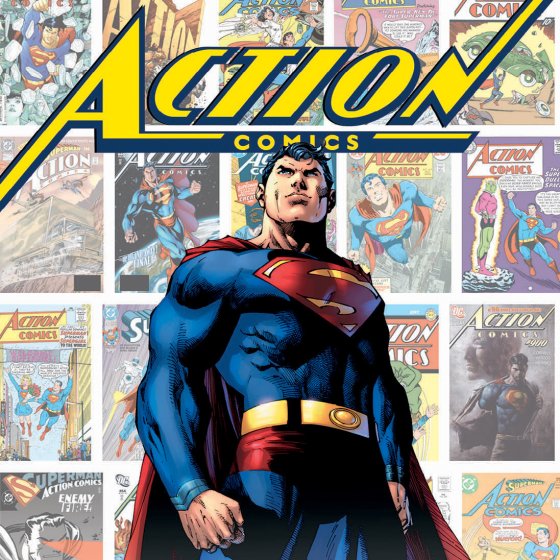 When creative work is done as “work for hire,” then it’s the property of the company and not the creators. What did Siegal and Shuster do before Superman became work for hire? There are precisely two items in the public domain which potential creators of comic books, books, television, or motion pictures could use. Those works are the original story The Reign of the Super-Man and Action Comics #1. Even though DC printed Action Comics #1, they were actually working with a story that Siegel an Shuster had done earlier. So, what are we working with if you wanted to create a Superman story out of the Public Domain? We’re glad you asked.

The Reign of the Super-Man 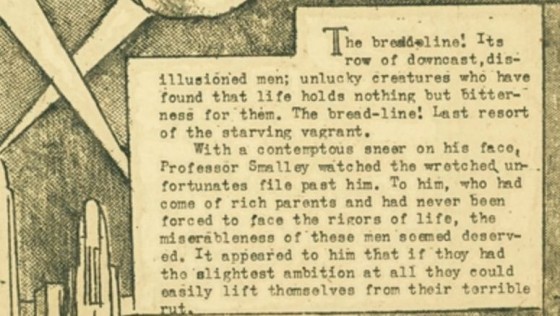 What is The Reign of the Super-Man? It’s not the story after Superman’s death in 1993. That story was called “Reign of the Supermen.” The Reign of the Super-Man concerns a mad scientist named Ernest Smalley who wants to test a serum that gives super powers. Specifically, it gives a person telekinetic abilities. Smalley pulls a bald man out of the bread line for the test. The bald man’s name is Bill Dunn. Dunn kills Smalley (which was incidentally Smalley’s plan for Dunn).

However, the effect is only temporary and thus ruins Smalley’s ideals for world domination. Dunn cannot recreate the effect. At the end of the book, Dunn is right back in the bread line where he started. The Reign of the Super-Man appeared in a fanzine called Science Fiction in January of 1933 and is not often mentioned as part of the Superman mythos.

Don’t Even Think of Using The Classic Shield 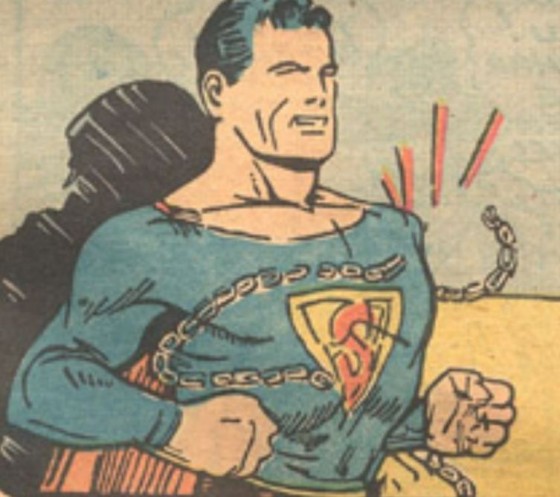 The classic “S” shield did not appear in comics as we know it until Superman #12. This was well after Action Comics #1. Therefore, slapping the “S” shield on Superman’s chest (even if Superman would be in the public domain) is a huge lawsuit inspiring no-no. The “S” shield falls under copyright infringement just like Nike’s swoosh.

Superman Had A Bit of Spider-Man In Him

The original Superman was not able to fly (as we will get into a little later) and was a reporter first and foremost. So, in order to get stories in Action Comics #1, Superman was not above scaling a building and eavesdropping to get it. Curiously, Superman looks a bit more like the web-slinger than what we classically think of as the Man of Steel.

A reporter named Lois Lane did appear in Action Comics #1. There is also an editor (who is never specifically identified as Perry White), but those are the only real supporting characters you would be able to use. If you wanted a villain, that would have to be an original creation. In Action Comics #1, Superman used his superpowers to either confront corrupt people with news stories or break up robberies and kidnapping. Lex Luthor is completely a DC comics creation and would be strictly off-limits. This can be good and bad as Superman’s rogues gallery is not generally considered to be anywhere near as interesting as say Batman’s.

Faster Than A Speeding Bullet

The classic “faster than a speeding bullet” and “able to leap tall buildings in a single bound” are not just pretty phrases. They actually describe the extent and limitations of Superman’s abilities. In Action Comics #1, these limitations were actually pretty explicitly spelled out. This means that super-speed as well as the concept of flight would be completely out. Again, those are abilities added later copyrighted to the DC comics version of the character.

Welcome To The Daily Star

The good news is that you would be able to set Clark Kent working at a newspaper named after a celestial body. The bad news? It’s not a planet. The Daily Planet was a bit later. In Action Comics #1, Clark worked at The Daily Star for an unnamed editor. Presumably, you would be able to put either a Christmas tree topping star or a flaming ball of gas on the top of the building, though. So not all is lost.

You Are Still Invulnerable To Bullets

Superman is still invulnerable to bullets. As we will get into a in a minute, somewhat larger ordinance becomes a little more tricky. Kryptonite was not introduced until later. Interestingly enough, Kryptonite was a plot device made for radio performer Clayton “Bud” Collyer. When Collyer needed a break from the radio show, they would use Kryptonite to explain that Superman was in a “weakened state” and therefore unavailable. Naturally, Superman could have dodged this bullet but just wanted to show how a Superman takes his lead.

Assume that Clark is 250 pounds maximum. It says that he can lift hundreds of times his own weight. It does not actually say thousands. You could argue that a number like 1100 would give Clark almost unlimited strength, however, it would be reasonable to assume he can lift no more than 999 times his own weight. That would produce a theoretical maximum of nearly a quarter of a million pounds or about 125 tons.

In short, there would be a number of feats of strength outside Clark’s range. He would not be pushing any planets anytime soon. There is also no mention of a funky high from the yellow sun. Also, the powers are received at maturity. The powers would be present younger but would grow as Clark grew. There is also the possibility that they would naturally diminish with age.

There Were A Few Addendums On Those Powers

Have you ever seen Back to the Future III? Then you know that 88 miles per hour would be pushing that whole speeding locomotive concept. Let’s say that Superman could get past today’s bullet trains. This would give Superman an upwards speed of about 200 miles per hour. It also states that he could easily leap over a 20-story building. Let’s be generous and say that a 25=story building would be a strain and 30 stories would be impossible.

The Empire State Building would take three such titanic leaps and require Superman to grab a hold of the side of the building before leaping again. Note, there is also an ordinance limit spelled out here. If there is a bursting shell involved, it would not exactly bounce off like a standard bullet. That means that Superman would get out of the way of cannon fire faster. Actually, Superman would have the advantage of avoiding cannon fire faster than you. So far we would have a really kick-ass version of Assassin’s Creed, but not really the Superman you are thinking of.

Toto, I Don’t Think We Are In Kansas

Kansas farm boy? Yeah, you get none of that. Originally, Superman did not even have parents. Clark Kent was raised in an orphanage. Yep, Superman had a bit more in common with the characters of Charles Dickens or Little Orphan Annie than the Clark we came to know in Smallville. However, under the right circumstances, young Clark singing “Tomorrow, Tomorrow, I’ll love ya Tomorrow” on stage would actually be somewhat awesome.

In summary, make sure you pay attention to see if Superman ever hits the public domain, but also make sure you know exactly which Superman you would be dealing with.