We already know that Lord of the Rings is great, but watching the movies (the extended versions, of course) simply isn’t enough for people like me. Oh, no, we take it to a whole different level. I don’t dress up like a Hobbit (I’m not a COMPLETE loser), but I do keep an eye out for household decorations. Here are ten cool things I found: 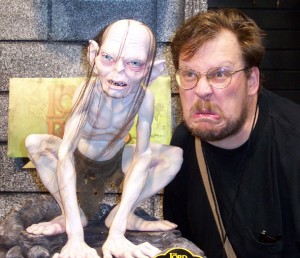 I WANT this. But if I get it, I would have to hide it so no one I know ever sees it when they come over. It is creepy, but it is a 1:1 scale of the slimy creature, and there’s nothing better than a 1:1 scale for statues. Price range: $540-$900. At one point, a website I found had it listed for $409, but it turned out to be a mistake because the price from the manufacturer is $425 plus freight. The man thanked me for catching the mistake and gave me a deal on something. 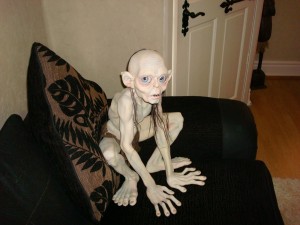 Less creepy than the Gollum statue but virtually the same. I want this too, but they’re not for sale in any store anymore. Best chance is finding it is on Ebay (I even found someone selling it on Craigslist). A woman sold her’s on Ebay for $1010 with a start price of $300. I found another on Ebay which came with a stand, and that had a start price of $450. 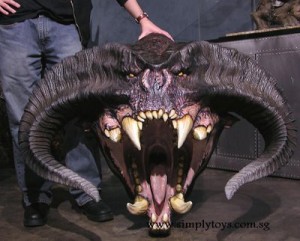 Even though I love the Balrog, I’m not certain I’d want this hanging on my wall. It’s a big nasty head. But then again, if the price drops dramatically or if I meet a drug-addicted LOTR fan on the street selling it in exchange for cash for some blow, I might come around. Price range: $1750-$3999, plus a load more for shipping. 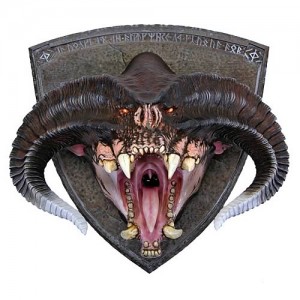 This is the far more economical of choices for people who want the Balrog’s head hanging on their wall. Not really sure if I’d want this either, but if I had to decide between the two, might as well get the bigger one. Now, if they built a 1:1 scale Balrog statue, I’m all over that. Price range: $100-$130 plus shipping. 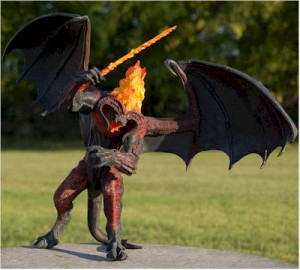 This isn’t a statue, but a really big toy that isn’t even meant to be played with. It’s more for posing and putting on a large shelf. Sideshow Collectibles made a statue a while back but I can’t find one for sale to save my life, so I settled for this toy. Price range: $90-$200. 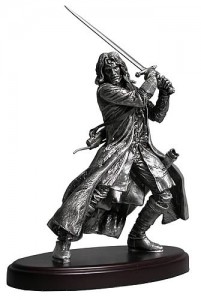 I’m not a big fan of pewter statues. I mean, a piece of donkey crap as a pewter statue would still cost a lot, so to me there’s nothing special about this. Also, I’d say strange creatures are more interesting than humans. Sorry, Aragorn. Price range: $355.20-$1300. 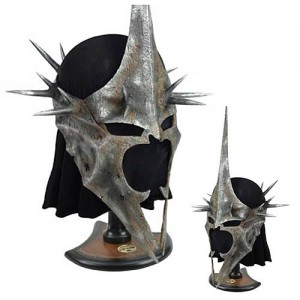 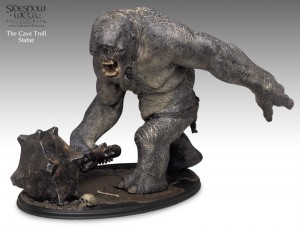 Originally priced at $300 from Sideshow Collectibles, someone on Ebay listed it at $1200. 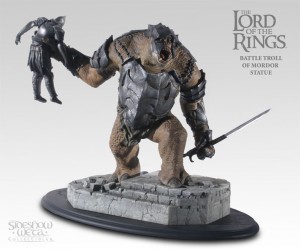 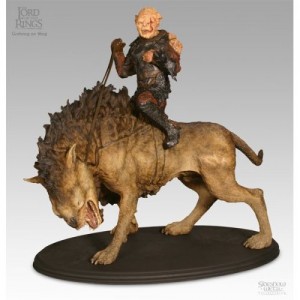 There are many, many more cool LOTR things out there, and I’m anxiously awaiting The Hobbit to come out in theaters so more stuff is made. There are also a number of LOTR busts, but there’s something creepy about just a head on a stand. The single-most expensive LOTR thing I found was the Gandalf the Grey Bronze Statue for $6495 (sold out, of course, with only 36 made).

Sideshow Collectibles typically makes the best stuff, but just about everything is limited edition and sells out. Gentle Giant also makes some nice things. Rubies made the Gollum statue, while New Line made the Smeagal statue.