Humor > Lists > We Should Really Stop Making Fun of These People

We Should Really Stop Making Fun of These People 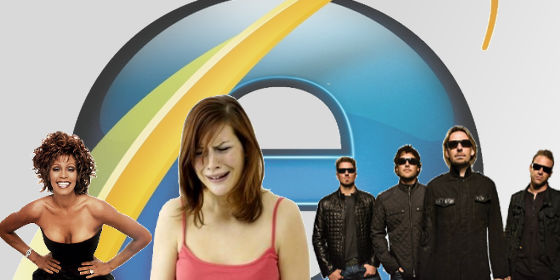 We, the Web populace, spare no indignation when it comes to making fun of people. Once a person or group becomes an easy target — usually by sucking really hard — the Internet death squad begins firing with bloodthirsty abandon.

Some people are so widely disparaged online that even your grandmother is making jokes about how much they suck, and of course at that point it just needs to stop. These are people that we need to quit making fun of immediately, because if we don’t we could devalue the diss. And we all agree that a Web without meaningful shit-talk would be a dismal wasteland of factual information and uncommented-on videos.

There was a time when Nickelback was just another shitty "alternative rock" band trying to balance radio-friendly music with a tough attitude. While other bands have pulled this off, Nickelback just plain overdid it with the sex, drugs, and rock and roll (We're forced to use the cliché because that's what most of their songs are actually about), and worse yet, they shat out that fucking "Photograph" song. The result: Teenagers and middle-aged alcoholics love the band, while everyone else hates them with a ferocity usually reserved for rapists.

Why the Jokes Are Getting Old:
Nickelback has been the punchline to every joke about terrible music for quite some time now. Even though they fully deserve to be ridiculed — their lyrics about drug abuse and sexual conquests are so pretentious they make Kid Rock seem like a genuine badass — Nickelback needs to be retired from the position of world's most hated band. The Portuguese could give them a nice send-off:

We need to move on and give other artists a chance to be the universal symbol for sucking, lest our hatred for Nickelback grow as irritating as the band's music.

Internet Explorer may have handily defeated Netscape Navigator in Browser War 1, but in the ongoing BW2, IE is the equivalent of NAZI Germany, with Chrome, Firefox, Safari, and Opera comprising the Allies. At least that's the way it seems based on the attitudes of the Web Elite.

Why the Jokes Are Getting Old:
Does anybody really care that IE sucks so much? The tech-savvy crowd has all but criminalized IE use, and most people who do use the beleaguered browser don't understand the concept of browsers, much less that there are different ones and that they are using the worst one.

So there are two main types of web surfer: one who doesn't use IE, and one who is blissfully unaware that he/she uses it. Nobody gets hurt, so it's time we give IE a pass. The only folks that have reason to complain about IE are those who are forced to (usually at work) because they are using an application that is only compatible with Microsoft's browser. But even then, these people are at work, so they're probably pissed off anyways.

Oh, and the biggest reason it's no longer cool to make fun of IE and its users? It's been way over-memed. 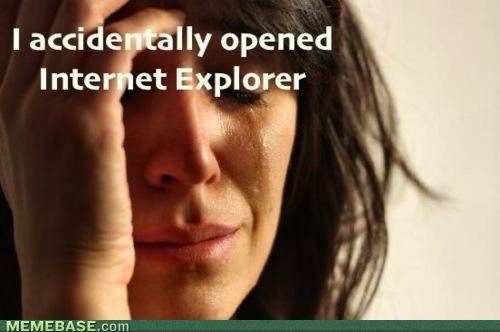 You know the type, and unless you've unfriended or hidden all of them, you are subjected every day to their anguished updates. Whether it's a life-ruining toenail infection or the startling realization that people can be dicks, the whiny Facebook user turns every adverse event — regardless of triviality — into a reason for profound reflection on pain and grief. The world simply hates these people.

The Web hates them too. Countless blogs, YouTube videos, and websites have bemoaned the moaners, and the consensus seems to be that whiny Facebook users are the scourge of social media.

Why the Jokes Are Getting Old:
By focusing on just one subset of annoying Facebook user, we are diverting ridicule from so many others. What about the guy who uploads an iPhone photo of his abs after every workout? Or the people who ruin funny statuses with serious comments? And let's not forget about the girl who uploads a photo album titled "My Favorites!" that contains 483 pictures of her and her friends doing that pose where they all stand together and the two girls on the ends put their hands on their hips to bookend the friend line. 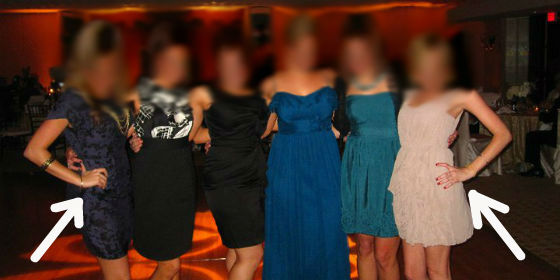 Forget the adam's apple; if they strike this pose you can be sure they don't have penises.

Making fun of Facebook whiners is not getting old per se, but not making fun of the millions of other annoying Facebookers must be stopped.

Humor is always shifting to remain on the fringes of decency, and it seems that the ever-increasing speed of communication in our society, à la Twitter, has hastened this process. If you were making Sandusky jokes a week after the Penn State scandal broke, you were late to the game. The same goes for dead-celebrity jokes; they have to be too soon to be funny.

Why the Jokes Are Getting Old:
Refer to paragraph above. Making fun of recently deceased celebrities is getting old because people are doing it just to jump on the easy too-soon joke. And since we usually know all the details about celebrities, including the sordid stuff, we have plenty of material with which to posthumously pummel them. 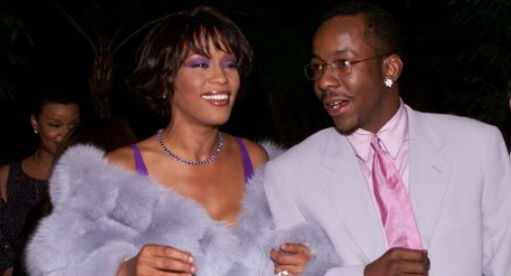 Except for Whitney. There was absolutely nothing two-bit jokers could sling at her.

We'll still applaud a particularly clever dead-celebrity joke, but for the most part they're way too easy.

Do we really need an explanatory paragraph about how the Internet hates Justin Bieber? We're talking about grown men wishing violent, torturous death on a teenager they've never met.

Why the Jokes Are Getting Old:
We all just need to step back and let the trappings of teen stardom take effect here. Any kid, star or otherwise, who acts like this:

...has got bad stuff coming his way in adulthood. We can all stop wishing gruesome prison rape upon The Biebs because at this point it's pretty much a statistical and karmic certainty, as is his descent into alcohol and prescription med abuse, and either rehab followed by fanatical Christianity or good ol' fashioned drug-fueled suicide.

So let's stop with all the Bieber bashing, and just let life viciously destroy him!