Ten Reasons To Be Fired Up For Baseball’s Postseason 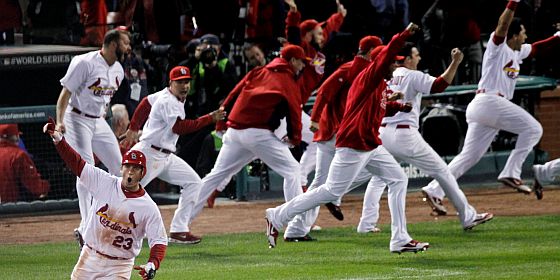 It’s here again, the baseball postseason, and we couldn’t be more excited. If you haven’t been following baseball closely this season you’ve missed out on some of the great stories that will make these playoffs so much fun to watch. We break down ten of the best reasons to be fired up for the postseason.

Besides, what are you going to do, watch hockey?

The Red Sox Aren’t In It

Yes, it would be better if the Yankees were left at home too, but seeing Boston fans seethe while New York and the upstart Orioles keep playing is just plain fun. Watching some of the most vocal fans in baseball turn on their team following 15 months of bad baseball is enjoyable enough, and no one turns ugly quicker than Boston fans.  They will claim not to care about the playoffs, but suffer with every Yankee win as they spend the next month planning their "glorious comeback" next season. 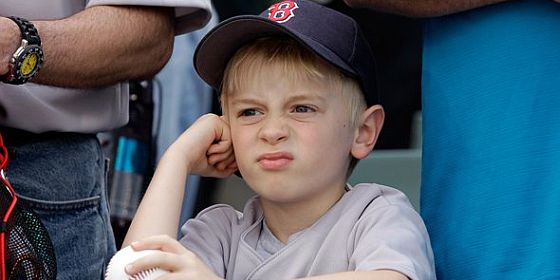 The biggest controversy of the regular season occurred when the Washington Nationals, on their way to posting the best record in baseball, opted to shut down stud starter Stephen Strasburg in the middle of the playoff race. Wails of discontent rose up from big-mouthed ESPN bobbleheads and sports radio "experts" deriding the Nats for coddling their future ace. Now that the team is in the playoffs expect the argument to rise up once again, as Strasburg still has innings left in his arm according to some experts. No matter what happens with the Nationals playoff run, this debate should be enjoyable to watch. 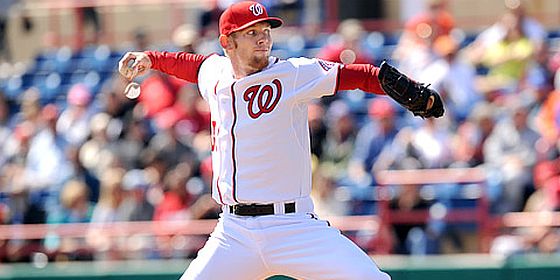 After the excitement of game 162 last season, and eager to expand their postseason revenue pool, baseball introduced an extra, single-game round to the playoffs this year. Luckily for Bud Selig and company the plan didn't backfire, as the playoff race still came down to a handful of meaningful games in October.

This year the Wild Card round features the long-suffering Orioles, regular playoff contenders St. Louis, Atlanta and Texas. The single-game series gives the matchups the tension of a game seven without all of the early buildup, and finally provide a real advantage to the teams that finish with the best record. 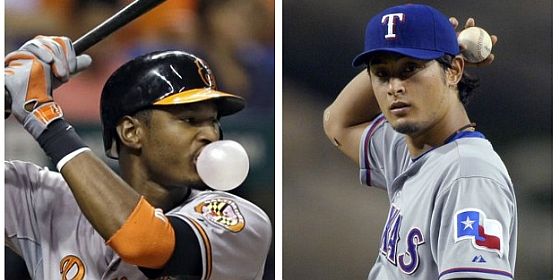 Cabrera just became the first Triple Crown winner since 1967, leading the AL in home runs, average and RBIs. While his MVP race with Mike Trout has yet to be decided, Cabrera gets to play on for a bigger prize, and avoid becoming the first Triple Crown winner since Ted Williams in 1947 not to make the World Series. After an offensive season like few others in history, we can't wait to see what the Tigers slugging third baseman has in store for the playoffs. 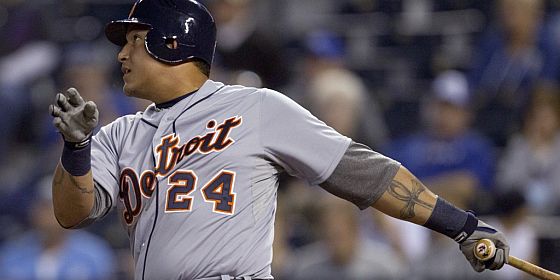 Since receiving his first start for the Braves in July right handed pitcher Kris Medlen has been remarkable. Since the All Star break Medlen has gone 9-0 while posting an ERA of 0.94, a WHIP of o.818, and recording a strikeout per inning. Medlen gets most of the credit for the Braves, who lost starter Brandon Beachy for the season, making the playoffs in a tight Wild Card race. 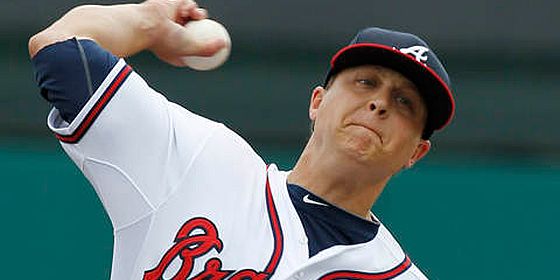 How can you not get fired up watching shots of batters hitting the tar out of the ball to Springsteen's "Land Of Hope And Dreams"?

If the Orioles appearance in the playoffs is improbable, the A's appearance is nearly inconceivable. This is a team that was expected to lose 100 games and was being compared to some of the worst teams in baseball history in the offseason. Following a winter where they traded pitchers Trevor Cahill, Gio Gonzalez and closer Andrew Bailey, and lost outfielder Josh Willingham to free agency, the A's were expected to be rebuilding in anticipation of a 2014 move. 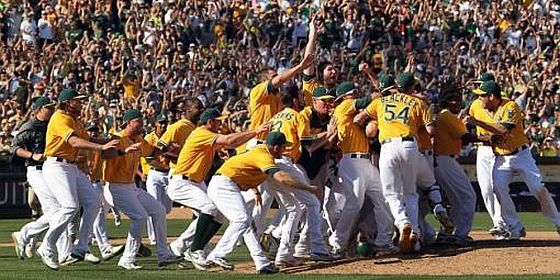 Something funny happened on the way to San Jose though, as the A's rode Cuban defector Yoenis Cespedes, former Red Sock Josh Reddick and a rotation that included five rookies to a division title. After floundering at .500 at the All Star break, the A's caught fire going a remarkable 51-25 in the second half to pass the big budget Rangers and Angels for the division crown.

This team is young, hungry and likeable. No player more than pitcher Brandon McCarthy (and his lovely wife Amanda).

@BMcCarthy32 I WILL strike someone with a brain injury

How can you not be happy for Orioles fans? A team expected by many to finish, yet again, in last place in the stacked AL East managed to stay in the playoff race for the entire 2012 season. O's fans can be forgiven for expecting the team to suffer their customary collapse after 15 years of futility. It's still hard to believe a team that gave significant at bats to Endy Chavez and Wilson Betemit made the playoffs. This is a team whose biggest offseason trade involved Dana Eveland (since designated for assignment, repeatedly) and whose GM started an international incident with South Korea.

Besides, can you not cheer for a team who inspired the National Aquarium to create this video?

The only downside of cheering for the Orioles is knowing that you are supporting owner Peter Angelos, whose meddling ways are to blame for much of that extended losing streak.

There is a somber undertone to the Orioles appearance though, as it has been just over a year since longtime player, executive and broadcaster Mike Flanagan took his own life.

What Will Teddy Do Next?

Nationals' fans have enjoyed years of relatively unwatchable baseball in the nation's capital prior to this season. One of the few highlights has been the ongoing futility of Teddy Roosevelt to win the presidents' race around the bases during home games. We documented his struggle earlier this week, then gladly reported on his first win in the season finale.

Now the question is, what is next for Teddy?

We are watching this postseason to find out!