Exploring a ‘National Treasure’ Sequel to ‘Pirates of the Caribbean’ 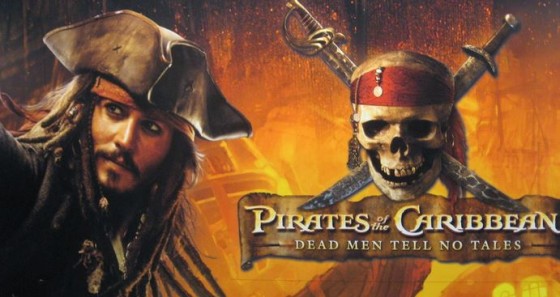 At one point, the relationship between Jerry Bruckheimer and Disney was considered to be one of the most stable and successful in Hollywood. Recently, after a rare misstep, all of the parties involved need to start bathing in billion dollar worldwide grosses again in order to feel good about each other. Considering that this partnership has truly produced some of the most fun movies in history, it might be time to create a more coherent if less historically accurate ‘universe.’ With that in mind, two of their most popular franchises might want to take a bit of an ‘Avengers’ route. 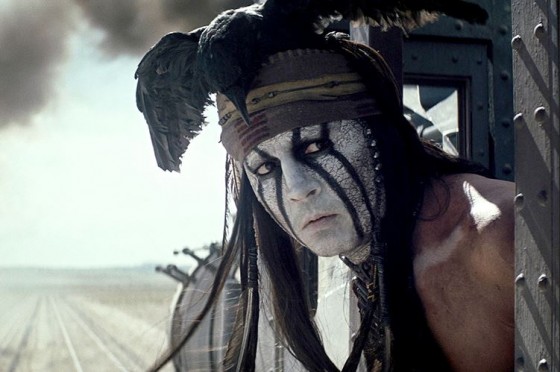 Disney is estimating that it lose about 200 million in film costs and promotion related to the Lone Ranger movie. Even amongst the best of friends, a couple of hundred million can cut a lot of ties. The entire team involved took a reputation hit on this one including actor Johnny Depp, director Gore Verbinski, and producer Jerry Bruckheimer.

Everything will be ok if Pirates 5 grosses a billion dollars worldwide in 2015. Verbinski directed the first three Pirates movies but is not attached to the next one. Pirates of the Caribbean: On Stranger Tides was directed by Rob Marshall. ‘Pirates 5’ needs a sure-fire gimmick to get it back into the 300 million dollar domestic spotlight. Tying it into a possible addition to the ‘National Treasure’ franchise might be just what was needed.

Bringing the Gates Family To America

The Gates family seems to have been in the United States since at least the time of the Revolutionary War. Since they are not Native American, it would stand to reason that at some point and time the Gates family would have had to cross the Atlantic. At the end of Pirates of the Caribbean: On Stranger Tides, it is firmly established that Captain Jack Sparrow is in the United States. Whether a Gates joins the crew or is sent after Sparrow, it could easily be an old family legend that the entire reason that the Gates family is in America in the first place (and these people love their history) is because of a Pirate named Captain Jack Sparrow. Sparrow was already set in the time of Blackbeard. The Gates family is concerned with treasure hidden in the United States over the course of generations. A centuries old tie between the two actually makes sense. 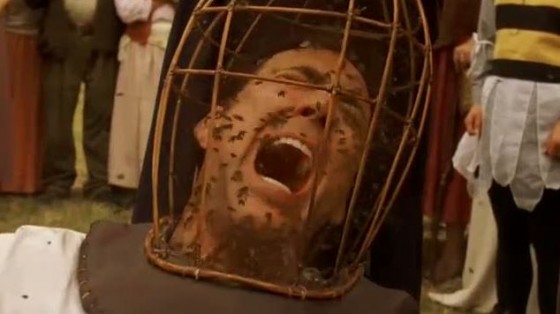 The twelve movies that Nicolas Cage has made between National Treasure: Book of Secrets and The Croods averaged a box office gross of a shade over 26 million dollars. That is a string of box office failure over the course of six years. Nicolas Cage and John Voight appearing as Gates’ family ancestors in Pirates 5 would not only restore Cage’s box office clout but would also give audiences the pleasure of seeing Depp and Cage manically interact. Cage was one of the people who originally encouraged Depp to become an actor. Especially if the Cage/Gates ancestor was the ‘villain’ hunting the Pirates, this would kind of bring both Depp and Cage full circle in their careers. Voight could also fill a paternal role for Cage’s character as well as providing a counter-point to Pirates’ Mr. Gibbs.

How would you have interaction between films literally hundreds of years apart? The first two National Treasure movies already effectively answered that question. In order to get to the treasure in the modern-day, you would have to decipher clues from the past. This would mean that an essential part of a third National Treasure storyline would become finding the Black Pearl as well as retracing the steps of possibly several of the Pirates movies. This would lead to the eventual electrifying image of Ben Gates boarding the Black Pearl itself wherever it may be. In that way, you could also have bold re-imaginings of Shipwreck Cove or much of the undersea wreckage of Port Royal.

Over the course of one movie, you could easily put the compass of Jack Sparrow in the hands of Ben Gates. It is a compass that points to what you want. The problem is that what you want can change. If you want the treasure, it will point to the treasure. If you want your friend Riley back, then it will point to Riley. The confusing nature of changing wants could make the compass almost as much a curse to Gates as it would ultimately make it a blessing. The compass would certainly be a major plot point in both movies. It could direct a rival every bit as much as it could direct the ‘hero’ of a film. This would be an important plot point in a possible National Treasure 3.

In National Treasure: Book of Secrets, the film develops the plot point of what is on Page 47 in the Book of Secrets. The President himself asks Gates to look into it. On Page 47, you could practically have a summary of Pirates of the Caribbean 5 as well as the starting point for National Treasure 3. It is never said what is on Page 47 in the movie. It has been speculated online that it might have something to do with the lost colony of Roanoke. Of course, who is to say that the lost colony of Roanoke cannot be investigated in Pirates 5 as well? 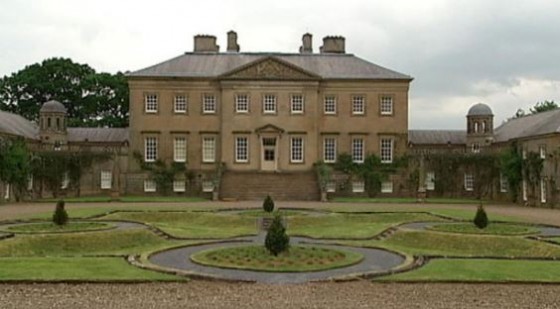 In additional to Ben Gates looking for clues to a treasure associated with Captain Jack Sparrow, Pirate of the Caribbean 5 could also concern the treasures discussed in National Treasure and National Treasure: Book of Secrets. Naturally, a treasure too great for one man to possess would make Jack Sparrow keenly aware to acquire its possession. A City of Gold would also be of great importance to a Pirate eternally seeking treasure.

Sparrow seems to be every bit as adept at losing things as he does at finding them. This means that Sparrow could actually find said treasure and still not end up with them at the end of the movie. Inversely, a plot point in National Treasure 3 could be the finding of a coffin or the last resting place of Captain Jack Sparrow. Ideally, the tomb would be empty with a note saying that you will always remember the day you ‘almost found Captain Jack Sparrow.’

The way that the National Treasure movies work is that there are multiple people searching for the exact same thing at the exact same time. It is really the only way to add a sense of urgency to something that has been hidden for hundreds of years. It would seem that a logical protagonist to the Gates family in National Treasure 3 would be a member of the Turner family.

At the end of Pirates of the Caribbean; At World’s End, it is established that Will Turner is the Captain of the Flying Dutchman as well as having fathered a child with the former Elizabeth Swann. This ‘legend’ would create a family as obsessed with its own history as the Gates family is. If the two families are given a mutual purpose, then you could have two respectful opponents but opponents nonetheless. This would especially be true if there was an established piracy legacy for both of the families. For the record, a sly cameo in the present day of Orlando Bloom as Will Turner would not hurt either.

Pirates of the Caribbean 6

Flashbacks as well as clues revealed in National Treasure 3 could also be used to move the story along for Pirates of the Caribbean 6. If it was well-timed, the release of one or the other could smartly be used to fuel DVD, Blu Ray, and Video On Demand sales of both franchises. The coherent universe seems to be all the rage these days anyway whether you are discussing The Avengers or X-Men: Days of Future Past. Pirates has a bit of history with this one as well. Pirates of the Caribbean: Curse of the Black Pearl felt like a self-contained movie where Dead Man’s Chest and At World’s End were clearly connected. On Stranger Tides could actually work as a self-contained adventure or could serve as the jumping point for another two-part adventure which are clearly connected. Given that On Stranger Tides did the magical billion dollar worldwide business, it would seem that it was clearly the latter (at least in the minds of Disney).

It would be absolutely a great film tease. At the end of Pirates of the Caribbean 5, you have a Back to the Future – esque sign that reads “To Be Continued” and then goes to the name of the movie (as well as the logo) for National Treasure: Page 47 rather than an actual Pirates logo. You could also have scene with Nicolas Cage as Ben Gates talking to Riley and saying the words “Jack… Captain Jack Sparrow.” This would also give the National Treasure movie a chance to tease the next Pirates movie. In an age where audiences are now conditioned to an ‘overall’ storyline, it would be the next logical progression in franchising.