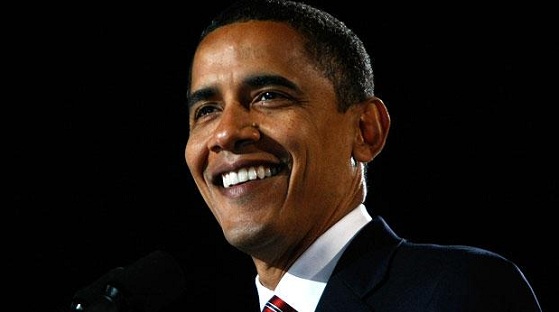 Recently a Romanian immigrant to the USA claimed to have somehow gotten hold of real footage of Obama being born, IN KENYA!

People have already pointed out that the baby in the video is clearly a year old and that it was shot on Super 8 (which wasn’t invented until four years after Obama’s birth) and also that the Kenyan flag shown in the video wasn’t officially used until two years after he was born. But here at Gunaxin we realized that even if you look past these silly little so-called “facts,” the video is still retarded because…

We’ve been led to believe that having a child is a wonderful experience, one that you don’t want to miss a single second of. Now, if you’re a Kenyan man holding a camera from the future, you should be filming your baby so hard an agent should be the one who spanks him. Not randomly pointing your camera at things around the room like the calendar, which is conveniently the center of the shot when Obama Sr. should be filming his newborn son being manhandled by a nurse. Or the strong, strapping chest of the incredibly clean-shaven Kenyan doctor as his wife holds the seed of his loins for the first time. If anything this video proves that Obama Sr. has freaking OCD on par with a pixie stick addled toddler on crack. Get it together old man! His pecs are talking to you, only you.

No doctor has handwriting or a pen that freaking huge

We all know doctors have terrible handwriting, because to become a doctor you have to break three of your own fingers and fix them up. But we’re going to hazard a guess and say that no doctor anywhere in the world uses a fucking Sharpie on official medical documents. Regardless of how John Hancock he thinks he is.

Do they teach calligraphy along with medical degrees in Kenya or do they just sign everything with swag? Nurses don’t clap when you give birth

Though most people watching the video were blinded by the sheer stupidity 13 seconds in, some took time to note that the nurse in the video doesn’t wear gloves. But hey, this is ’60s era Kenya, maybe gloves are just reserved for the doctors or something. What that doesn’t explain though is why the nurse feels the need to clap a foot away from a newborn’s face and right in the ear of a woman who’s so hopped up on hormones she could scream at you with enough force to put an oval-shaped hole in your chest. This lady has just forced a 15-pound baby out of her vagina and you’re going to stand there and applaud. What happened to all of that wiping her brow shit? Come on, you’re paid by the hour, not by the baby.

Stop clapping before you give that baby a headache or Obama’s mother smacks you in the mouth. Man, we’re really starting to doubt whether this is real or not.