Rebecca Black Won an Emmy! Check That, a Memey!! 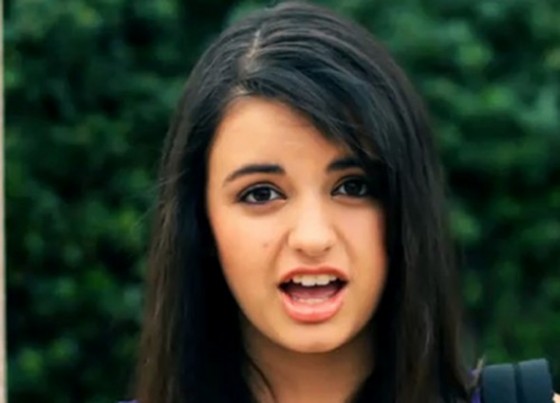 Raven-haired teen songstress Rebecca Black became an internet sensation in 2011 after her YouTube song “Friday” was universally flogged by trolls, haters and anyone with taste in music. Despite the onslaught of negativity aimed in her direction, Becks still managed to parlay the attention into a kinda sorta career.

And while it seems unlikely she’ll follow the same path as Madonna or Lady Gaga, she can at the very least take pride in being Google’s “fastest rising search keyword” of last year. And for her efforts, she has also been awarded a 2012 Memey for Worst Artist of the Year, beating out perennial web punching bags Nickelback and Bieber.

Congratulations, Rebecca! May your mediocre voice and laughable dance moves land you a spot in the Meme Hall of Fame alongside the legendary Rickrolling, Star Wars kid and Sad Keanu.

[Via Know Your Meme]