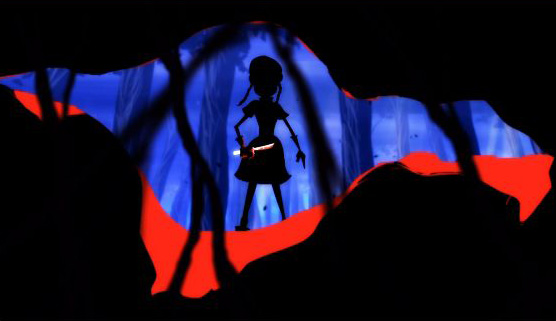 I don’t watch as many short films as I used to, but it’s not due to a lack of wanting, it’s more of a time thing. There are only so many hours in the day to consume all the wonderful and not so wonderful treats the Internet has to offer. What I’m saying is a lot of great stuff slips through the cracks because I’m too busy Photoshopping Centaur Gary Oldman into a scene from National Lampoon’s Vacation, or watching trailers for terrible Bollywood movies.

Well, once in a while I need a palate cleanser. Red, an animated short created by Jorge Jaramillo and Carlo Guillot, fits the description. The Little Red Riding Hood story never looked more dire than it does here. Beware the Big Bad Wolf — he just ate, but he’s still hungry.

[Cartoon Brew via The Daily What]