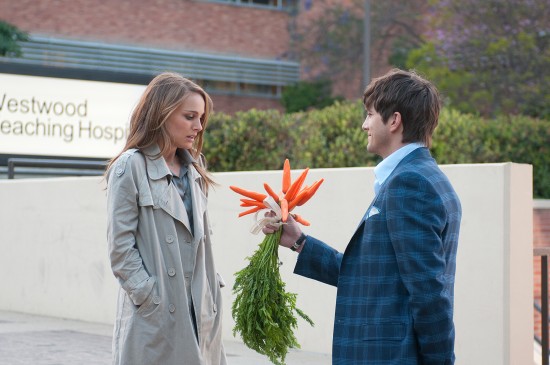 Full disclosure. Despite my unhealthy obsession with Natalie Portman, I won’t be seeing her new romantic comedy No Strings Attached, which opens January 21st. Number one, I loathe what in the biz they refer to as “rom-coms,” and number two, her co-star is the very hateable Ashton Kutcher.

Besides, after watching the Red Band trailer for the flick, I really don’t need to watch it. That’s because the entire plot is revealed in the trailer, including a lot of the naughty bits. By the way, do we really need another movie about best friends who become best friends with benefits then something more than friends with benefits, only to break up and get back together in the end? Probably not.

Now that I’ve done a horrible job of selling it, here’s the Red Band trailer for No Strings Attached. (CinemaBlend via /Film.)