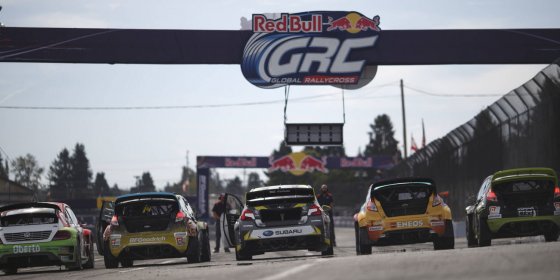 The 2017 Red Bull Global Rallycross season just ended in Los Angeles with Scott Speed taking the championship over his teammate, Tanner Foust. The two battled all season, but in the end Scott Speed had the mathematical advantage in points, even though Tanner won the final race. Red Bull GRC offers a unique and unparalleled experience, producing some of the fastest and most exciting racing in all of motorsports. 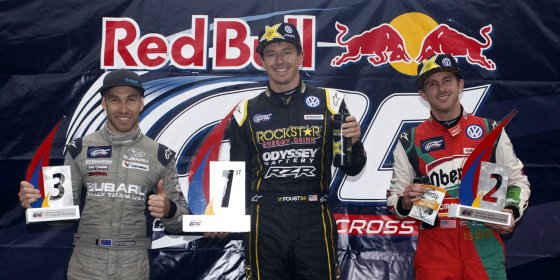 Last month we were hosted at the Seattle double-header of GRC Races by our friends at BFGoodrich Tires, and witnessed Tanner Foust take both races on the weekend. BFGoodrich is the official tire supplier of Red Bull Global Rallycross, and we put together this short video from our weekend at the track, to give you a bit of a behind the scenes look at how BFGoodrich works hard on race weekend to make sure the GRC drivers have the rubber they need to perform at the track. Teams provide their own wheels, and the BFGoodrich team mounts the tires for them. Additionally, they can check tire pressure and temperatures immediately after the cars exit the track, and provide that data to team managers.

Our host for the weekend was Andrew Comrie-Picard, who is an accomplished race car driver, stunt driver, and TV personality. ACP is a BFGoodrich Brand Ambassador who has first-hand Rally knowledge, which made him the perfect tour guide at the track. He took us into the paddock, introduced us to the drivers, and showed us the custom-made BFGoodrich tires that are used in the series. All of the tires are the same, however teams regularly cut additional tread patterns into the tires to have on-hand in case of a wet track. You can see some examples of that in the photos below. Each rally car is limited to 12 tires for each event, which are used in multiple qualifying and practice rounds. Knowing which tires to use for the various heats and preparing a good set for the final race of the day is part of the strategy that goes into Global Rallycross racing.

The BFGoodrich g-Force RC02 tire is derived from prior experience in rallycross, racing with new technology achieved through BFGoodrich’s vast motorsports experience. A previous version of this tire—the RC01—won the 2011 Summer X-Games and was the base model for this development, with BFGoodrich engineers improving the grip and warm-up for performance in a variety of conditions. 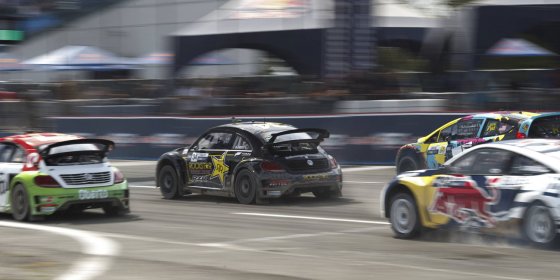