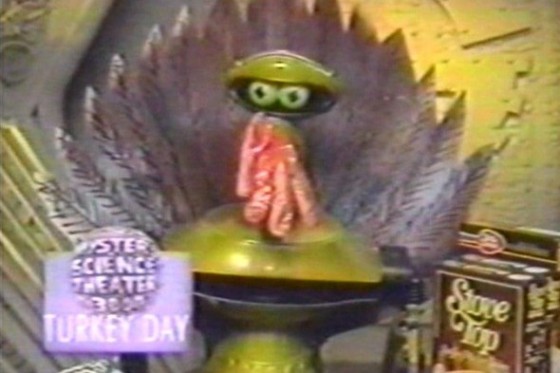 I sincerely hope there is no reason for me to explain what MST3K is and was… but just for the sake of those reading this who grew up in a secluded basement somewhere, MST3K is the abbreviated title for the classic show Mystery Science Theater 3000. The show featured hosts (Joel, then Mike, plus Crow and Tom Servo the bots) who were forced to sit through horrible films while they relentlessly mocked and riffed them. It was a humor goldmine and it lasted for a good number of years on various channels. If you’d like to know more, I suggest a trip to RIGHT HERE. 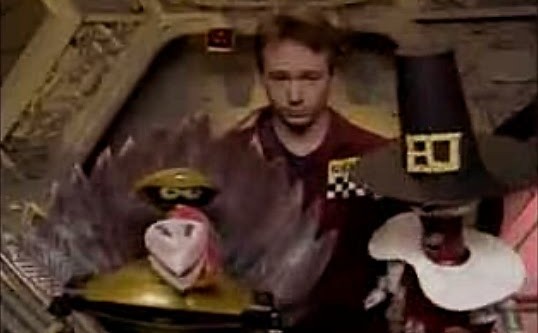 As a huge fan of the show (I own every episode I am able to and some are impossible to find), the one big thing I remember during the Thanksgiving holiday is the Turkey Day marathons. From 1991 to 1995 (and an unofficial day in ’97), Comedy Central ran non-stop Mystie episodes typically leading up to the premiere of a new episode. It was goofiness heaven for those of us who’d rather not watch sports (and I’d still take MST3K over NFL any day); we could just plop our butts in front of the tube and let he laughter take us away. In recent years (and again this year) the tradition has been brought back, and there is even a kickstarter campaign underway to bring back MST3K. So in honor of Thanksgiving coming later this week, let’s relive those six years, shall we? And let’s rediscover what Turkey Day is all about. 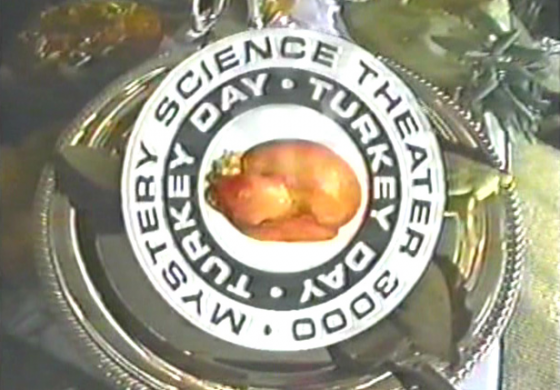 Fun Fact: Commercially released on VHS by Rhino Entertainment in April 1996, the tape of The Amazing Colossal Man was later recalled due to rights issues. This is the only VHS release that has never been re-released on DVD by Rhino.

Fun Fact: Penn Jillette of Penn and Teller hosted the 'Making of' segment because, at the time, he was the voice of Comedy Central.

Fun Fact: Sixteen episodes were shown in all. Comedy Central offered the Brains a miniscule amount of money to make the sketches shown between episodes that had been featured in the previous years, and the Brains turned them down.

Fun Fact: In each of the movies intros, Adam West would cook up a turkey theme to the episode, much as the Mads had done during Turkey Day '92. He also appeared in some of the bumpers shown during commercial breaks.

Fun Fact: Because of the interest surrounding the premiere of the documentary The Beatles Anthology on ABC around the same time, Comedy Central gave this Turkey Day and the early episode showings a corresponding theme.

Fun Fact: Oddly, at 6 pm, there was a break in the MST3K's for two Star Wars movies.