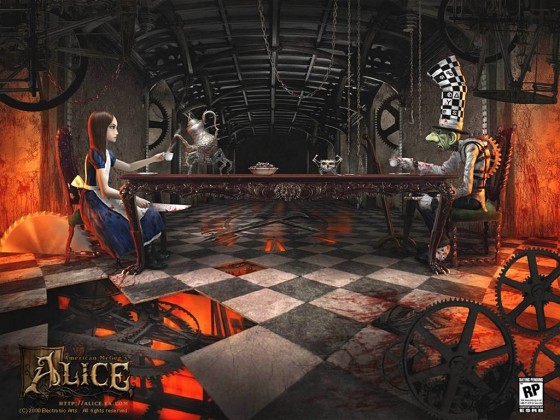 For those of you who don’t know, a looooong time ago, back in 2000, an Alice in Wonderland-themed game came out called American McGee’s Alice, a third-person action game. McGee is one of the guys who worked on Doom. His name is actually American, and he has a website.

Sure, the visual effects in Tim Burton’s film are great, but let’s reflect on the cool imagery this game brought us a while back, which is far darker and more adult-oriented than Johnny Depp in a clown suit. The game is available on Amazon, and there are plenty of action figures based on it, as well. Photos below. 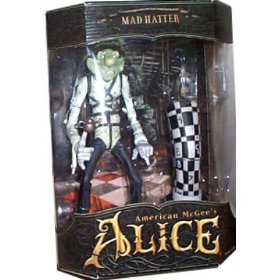 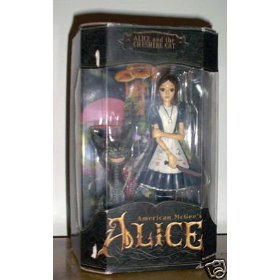 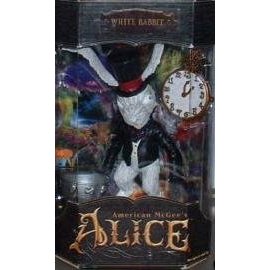 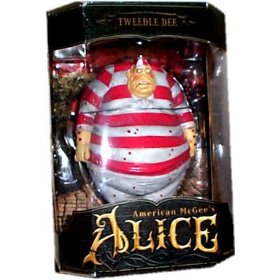 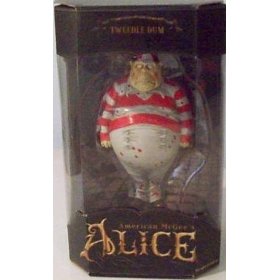 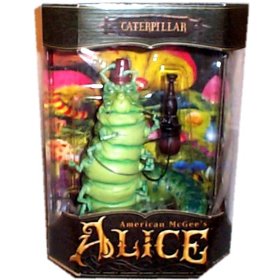 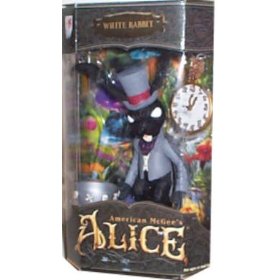 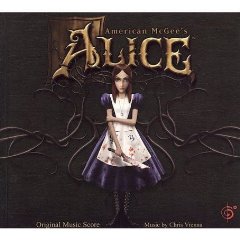